Frankfurt‘s edition of Prolight + Sound has just come to an end, with a show that brought success and productivity for many a company, including us in the Light Sound Journal network.

We never like to gloat, so we’ll just let the facts speak for themselves: over 100 live news reports, spread over three days of the fair, in two languages (English and Italian). In total we covered almost 200 products, with dozens of posts re-launched across our main social networks, as well as live videos and updates on Facebook. This was possible thanks to our dedicated team of 6, whose efforts were confirmed by the high visitor numbers to all of our network portals. Thanks to all of you who have followed us – please keep doing what you do. Moreover, we remind you that in less than a month we will be at MIR Rimini, as well as PL+S Guangzhou shortly after. 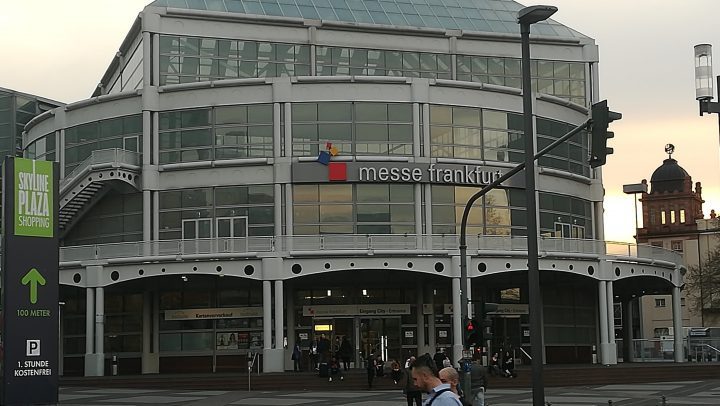 Having said that, many people wondered just how successful this 2018 edition of the fair would be. Prolight + Sound is perhaps the most famous and long-lasting fair in our sector, so it’s inherent that it’s therefore one that divides and provokes opinion the most. When you’re at the top of your game, with tradition and reputation weighing on your shoulders, it’s only natural to have all eyes focussed on your future. These days, there are those who would never even consider not participating, alongside those who do not consider it to be as fundamental an appointment for their market strategy as it once was.

It’s indeed true that over the past few years there has been a physiological downsizing of importance placed on these events. On the other hand, however, it’s no mystery for anyone that even a market as broad as that of “professional entertainment” is going to change over time, with new sectors joining and proudly standing alongside the more traditional audio and lighting companies. This is an industry with new, carefully organised and equally fierce events popping up all the time, so of course we are going to see, in part, some of the attraction and interests of companies and the public being stolen and redirected, both in Europe and worldwide.

Despite this, it is important to step back and look at the organisation as a whole. Frankfurt Messe in the East, with PL+S Guangzhou and PL+S Shanghai (fairs that we visit regularly), are getting incredible results. Arguably this is one of the reasons why the Eastern population potentially has less motivation to travel to Frankfurt. 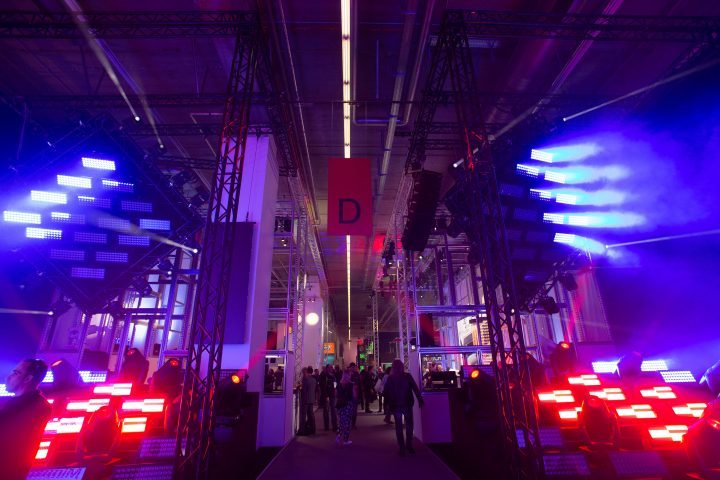 Despite the ongoing (and in some instances unpredictable) changes that we are seeing to the scene, we met many at the fair who were very happy, alongside some who displayed less positivity. However, in the interests of intellectual honesty and transparency, we must say that almost no one we met displayed any real discontent or disappointment for the show, as those that have already made the decision to renounce the importance of Frankfurt have already moved on in previous years.

What many companies have not yet understood, however, is the real direction that the the fair is attempting to steer itself in. The task of reorganising a format of this scale is certainly not a simple one. Indeed, this is a task made even more complex by the fact that for almost twenty years, the Frankfurt shows were merely a gangway of companies, made up by sumptuous stands and products in plain sight. Nothing more, nothing less.

“Immersive Technology” this is the key term here, namely the desire to give direct and engaging experiences to attendees and to offer companies the opportunity to demonstrate their technologies in new and proactive ways. There are those who have clearly understood this directive, such as d&b audiotechnik with their demo room dedicated to the Soundscape spacialisation system for example, the both active and interactive stand of Pioneer, or even Panasonic and Green Hippo with experiences involving holographic projections, video projections, media servers and more. These are the companies have truly captured the attentions of their target audience, in addition to be those who have recorded a success in the show that has surpassed past editions.

Further demonstrating this is the success and impact of to the two Sound Arenas, which are always of great appeal. These are incredibly appreciated by a public who willingly stop en masse to listen to the installations that are demo-ing, during the beautifully sunny days, often with a well needed beer in hand. 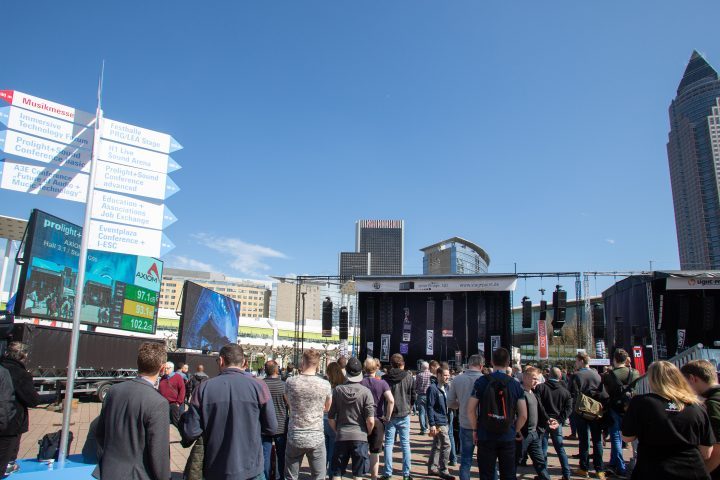 Ok, this recorded success is not consistent to all companies. If we didn’t notice the downsizing and the defections of booths from some major companies then we wouldn’t have been paying close enough attention. However, by having having a direct and constructive dialogue with the fair’s organisational team, we feel confident that a well-defined and long term strategy continues to underpin the show moving forward. This is by no means a simple plan, but one that foresees an important “cultural” change, one that can not merely addressed by a simple reorganisation of spaces, or a change in pavilions and logistics.

We have given our readers plenty of product news to choose from, with all of our reports available in our PL+S Special, now available as an archive from our quick search section. As for the novelties presented here at Prolight + Sound, let’s take a closer look at just a few!

Without wanting to give awards or rankings we willingly enter the game – always risky for those who do our job – to unbalance us on those products that we liked the most.

It it possible not to start off with the new d&b audiotechnik GSL system? This is a series that has been painstakingly laboured over, with internal components and systems that are certainly of great ingenuity and by no means simple to achieve. Two front facing 14” drivers are accompanied by two side firing 10” drivers, which couple and apply cardioid techniques that provide for precise directivity, as well as extended low frequency headroom towards the audience. 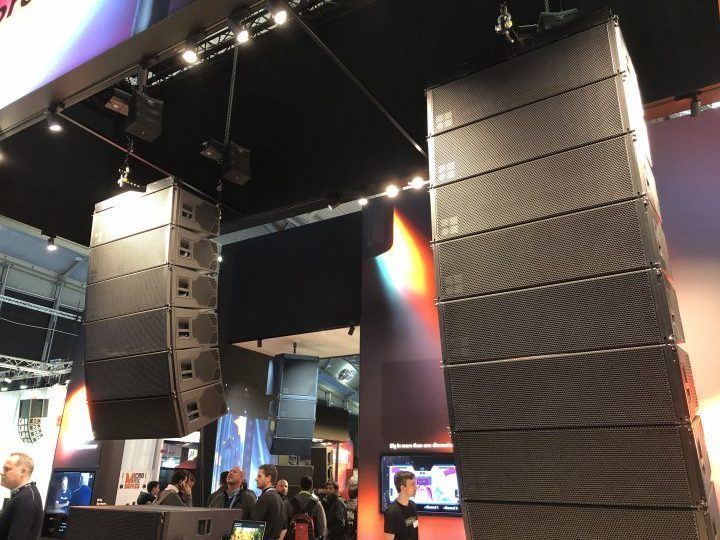 In addition, so as not to miss anything, mid-range is delivered by a high sensitivity horn loaded with a 10” driver, while three custom-made 3.4” diaphragm HF drivers mount onto a wave shaping device to provide the high frequency resolution and output. On paper this is a system that sounds impressive, very impressive, although certainly not accessible to budgets other than of those working at the top of this industry.

Sticking to the subject of line arrays, the Italians don’t mess around either. dBTechnologies boast an equally ingenious design of internal geometry with VIO L212, consisting of double 12” and four 10” drivers, with reflex walls that, with a really interesting trick, also form the loading for the high frequencies, dramatically reducing the required space. We also have Outline with the Superfly. This is another product that, on paper, showcases a project formed formed on the basis of complex acoustical studies. Unfortunately for us the show is always like walking a half marathon every day, with our iPhones recording 10 miles and more on some days! As a result, it was impossible for us to listen to every one of the demo systems in the two Sound Arenas. What’s more, again in the interests of transparency, we don’t really like this type of “demo mode” listening. However, the only four systems we did have the opportunity to hear where from KV2 Audio, Funkiton One, RCF and DB Technologies, all of which sounded really good, each with its own rather unique characteristics, but certainly all very high performing.

In terms of mixing and processing, there seemed to be very little from the show to report on, perhaps aside from the small interface from Audinate, the Dante AVIO Adapter. This useful little adapter allows for  legacy products to be included into a system of dante-enabled devices.

On the visual side, a sector that has never recorded any particular decline in Frankfurt, we found many interesting innovations, with three important “world premieres”. First of all, the presentation of the new standard of data sharing between pre-visualization software, consoles and fixtures, known as General Device Type Format (GDTF). This new format is a result of collaboration between Vectorworks, MA Lighting and Robe. The new format aims to create a communication standard between the three entities, eliminating the need to perform complex conversions between the various formats. In this way the whole workflow will be more streamlined and it will be possible to share a project on multiple platforms, across multiple consoles. 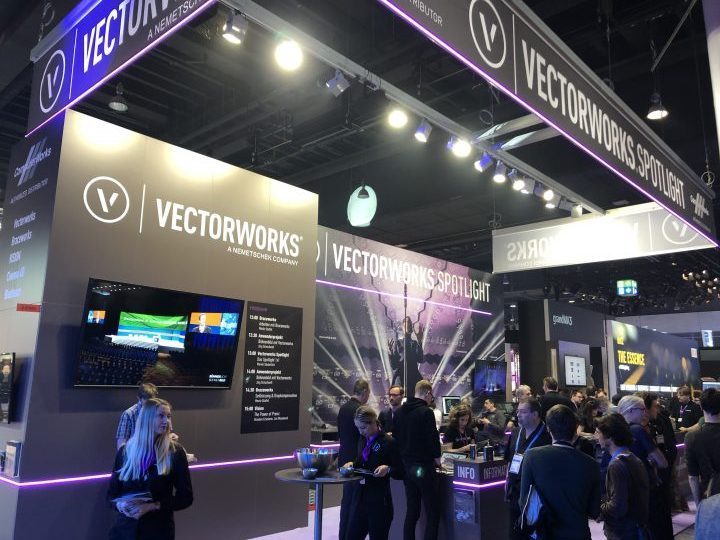 Also present at PL+S was the long-awaited GrandMA3. Building on the experience gained with previous MA Lighting consoles, one particular improvement is a new and completely redesigned effects management system, as well as other interesting features and improvements concerning the user interface, the ergonomics of keys, faders and more. 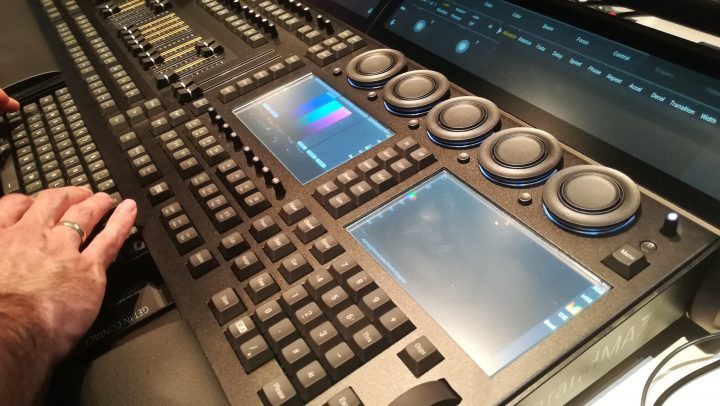 The third important new feature, exhibited for the first time in Frankfurt, is ZAC-EYE, a device that directly connects to a Claypaky fixture and simulates the behaviour of the human eye in order to recognise a person. From this, the light then follow the various movements of the individual, acting as a replacement for the traditional follow-spot. We had the opportunity to attend a presentation dedicated to the press, which allowed us to closely observer the functions of a system that surely represents a new frontier in the management of shows, with a lighting fixture that is completely autonomous. 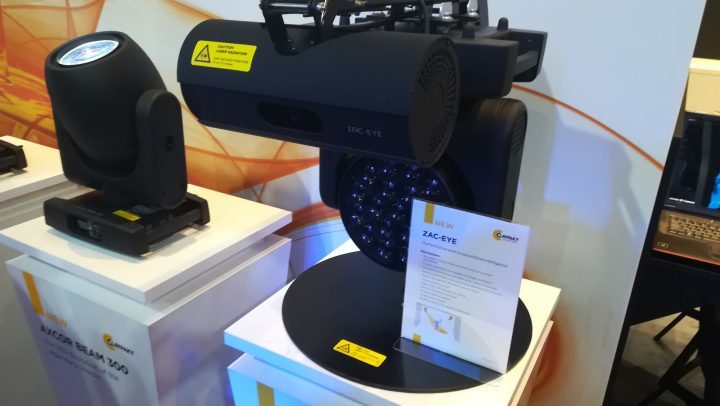 Numerous other innovations present at the fair tended to follow two types of trends in particular. First, many companies have focused on the quality of light, with some interesting proposals such as Synergy 5 Profile from DTS. Amongst the many features, the fixture allows for the adjustment of the CRI parameter. Staying on this trend, Spotlight released the new Fresnel Hyperion, with an LED source of 300W RGBACL alongside an intelligent colour balance management system. ARRI has introduced new firmware for their well-known Skypanel and has demonstrated its qualities through an example of lighting in the automotive sector, one of the most difficult in the lighting field. Finally, ETC presented Pearl, a 2,700K – 6,500K projector with 60% more brightness than other Colorsource products. The second trend comes from the video industry, with several proposals aimed at the entertainment world. The first of these comes from NEC, with a series of projectors dedicated to live events. Panasonic demonstrated a particular immersive installation that combines its video technologies with the Disguise media server and the BlackTrax tracking system by Cast Software. GreenHippo, which offers integration with Notch for real time multimedia playback and 3D mapping, presented an immersive demonstration with live dancing, whilst Dicolor presented an entry for the Guinness Book of World Records, with the largest mobile screen in the world at 144 m2, 16×9 meters in dimension and with true 4k resolution.

Whilst we await the final numbers for the show, which we will disclose in an official statement, we can share with you the first data that has come to us. Overall, between the five days of PL+S and Musikmesse, 1,803 companies from 56 countries attended, with a total of over 90,000 visitors from 152 countries. This was a number that was partly affected, especially on the first day, by the great inconveniences caused by the airline strikes in progress, which led to more than 800 canceled flights alongside other transportation problems to and from the airport.

Another interesting fact is that more than 20,000 people participated in the Musikmesse Festival events, held across 30 locations around the city. This is surely a sign that raw music, in all its different formats, is always a source of great attraction.

We’d like to add that, from our perspective at least, in general the public in the pavilions circulated fairly slowly, especially during the second day and in the halls dedicated to the lighting, where at some points the turnout was truly remarkable.

We already have the dates announced for 2019, with Musikmesse and Prolight + Sound 2019 running overlapped again, with the gates open from 2nd to 5th April, from Tuesday to Friday.