There are many solutions being presented by FBT at this edition of Prolight + Sound, including some new releases and updated lines. We’ll start with the new HORIZON VHA (Vertical Horizontal Array) series, composed of the full-range module VHA406A (600W + 300W – 133 dB SPL), and the 12″(VHA112SA) and 18″ (VHA118SA) subwoofers. 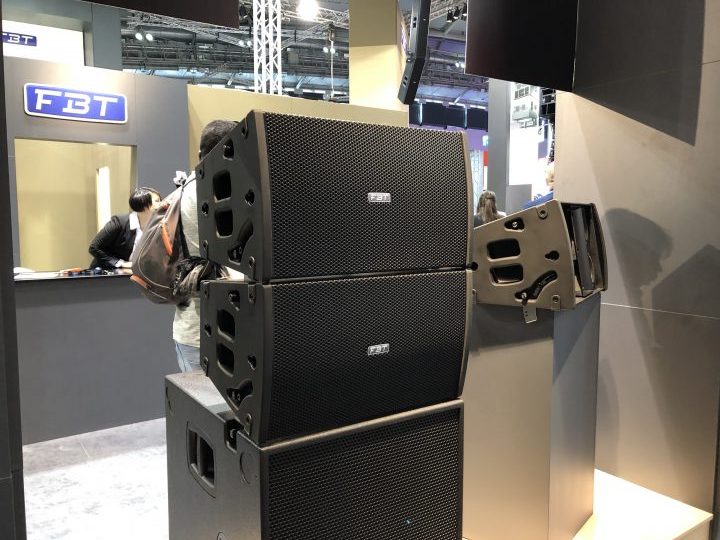 The VHA406A module consists of four 6.5 “woofers as well as a 1.4” neodymium compression driver with 2.5 “voice coil. The central waveguide offers a horizontal dispersion of 90° and 20° vertical. It has been designed for perfectly balanced symmetric dispersion. Integrated hardware allows for the connection up to six VHA406A cabinets, with the possibility of adjusting the inclination from 5° to 20°, in 5° increments. The system also allows for the creation of horizontal arrays thanks to the new anchor points and the special flybar, able to support up to three VHA406A cabinets. The use of more flybars allows the for creation of arrays giving coverage up to 360°. 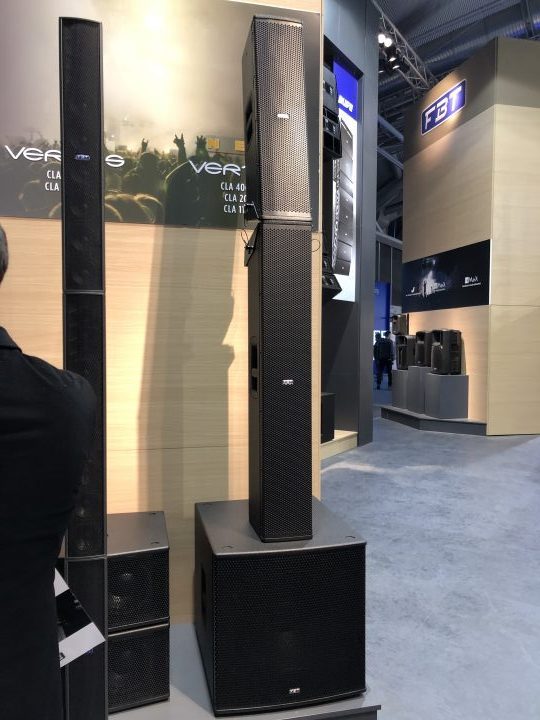 The successful VERTUS series has been updated with two new products that debut right here in Frankfurt: VERTUS 406.2A and VERTUS CLA 206A. Both have clear improvements regarding portability, with new hardware that is even more robust, alongside new accessories that make installation even faster and more intuitive. The 406.2A version is a Class-D 600W + 300W system, capable of delivering a maximum SPL of 133 dB thanks to the four 6.5″ woofers and a 1.4″ B & C compression driver, with 2.5″ voice coil. The waveguide allows for a coverage of 100° (H) x 25° (V). CLA206A uses the same waveguide but with only two 6.5″ woofers. 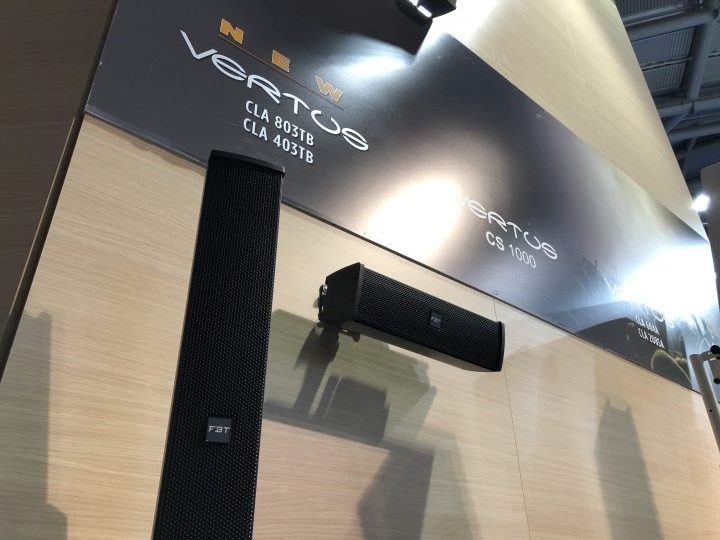 Completing our roundup of news from FBT we also have the new Vertus CLA 803TB & 403TB.