Though certainly better known for its sumptuous Casino de Monte Carlo, the Principality of Monaco is also home to the resplendent Monaco Cathedral, an impressive example of Romanesque Revival architecture dating from 1903.

The cathedral’s soaring vaulted interior presents a dazzling feast for the eyes, but unfortunately it also creates highly reverberant acoustics that had confounded all attempts at achieving musical clarity and speech intelligibility when using sound amplification. Determined to overcome the problems using the best available technologies, the responsible ecclesial and governmental authorities commissioned an audio system renovation that culminated with installation of a high-precision Meyer Sound system based around CAL™ digital beam steering column array loudspeakers. 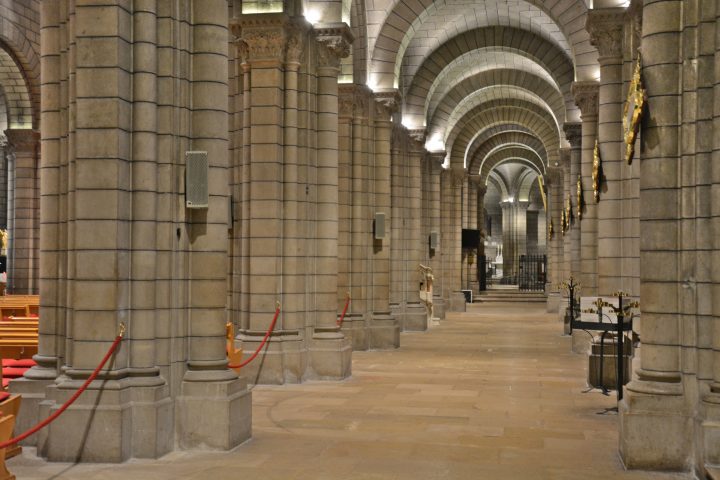 Far from being a museum, the cathedral plays a vital role in the spiritual and cultural life of the city. In addition to the regular schedule of Catholic masses, the cathedral hosts a varied schedule of musical events, including symphony orchestras and amplified contemporary ensembles in addition to the world-renowned Monaco Boys’ Choir (Les Petits Chanteurs de Monaco).

Serving as principal acoustical consultant and sound designer on the project was Dominique Heymès. His brief was to find a superior replacement for an aging, 100V distributed system with no provisions for separate management of different zones, resulting in extremely poor intelligibility.

“Several options were open to me,” he explains, “but the CAL from Meyer Sound — revolutionary in my opinion — stood out as the ideal choice. This impression was reinforced with further studies and measurements. I’ve always appreciated Meyer Sound for sophisticated products offering technologies that are often irreplaceable. In this case, the ability to use the CAL directivity beams in a thorough and precise way proved to be a determining factor.”

The system was installed by Monaco-based Accord Son Lumière under the direction of Jean Michel Mounier and Thierry Chambet. Marco de Fouquières of Dushow in Paris came to Monaco for final tuning of the system. 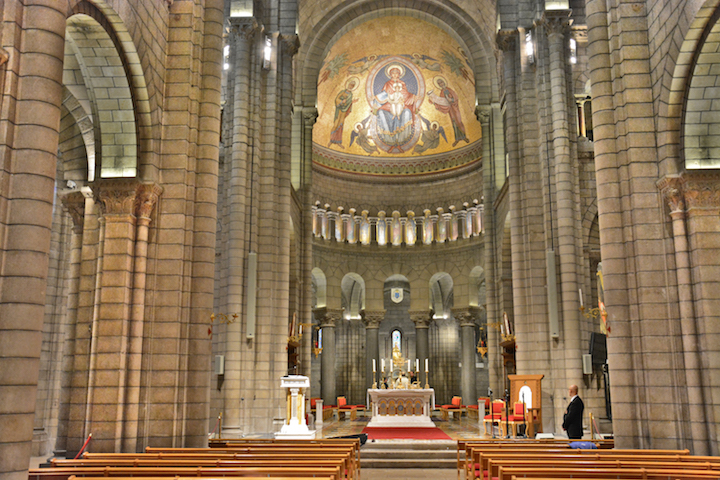 According to Heymès, the listening tests for the CAL loudspeakers proved to be a decisive revelation, and his conclusions were shared by others participating in the evaluations.

“We listened to classical music recordings first, and everybody was enthusiastic about the fidelity and precision of the sound. I heard comments like, ‘We have never heard anything like that before! Dazzling!’ We followed with tests of live spoken word from different places, and I saw in all eyes the light of complete satisfaction. I heard comments such as ‘It’s superb, with everything perfectly intelligible everywhere in the cathedral.’ We ended with amplified music tests — guitar, vocals, bass and organ — and the musicians also were overwhelmed by the quality and precision of the sound.”

Beyond his expertise in sound and acoustics, Dominique Heymès is widely recognized as a multi-media artist, with noted accomplishments as a musician, composer, photographer, painter and writer.

Though commonly referred to as Monaco Cathedral, the church’s formal name is Cathédrale Notre-Dame-Immaculée (Cathedral of Our Lady of the Immaculate Conception). It is also known by many in the vicinity as Saint Nicholas Cathedral, taking on the name of the old church which was demolished in 1874. Construction of the current cathedral, designed by architect Charles Lenormand, commenced the following year.