Bremerton’s Admiral Theatre has recently received a “stem to stern” overhaul, placing the Washington venue among the Northwest’s best live performance venues. In addition to upgraded patron amenities and an exterior facelift, the $1.2 million renovation included removal of the former audio system and replacement with a new installation anchored by 20 Meyer Sound LEOPARD line array loudspeakers. 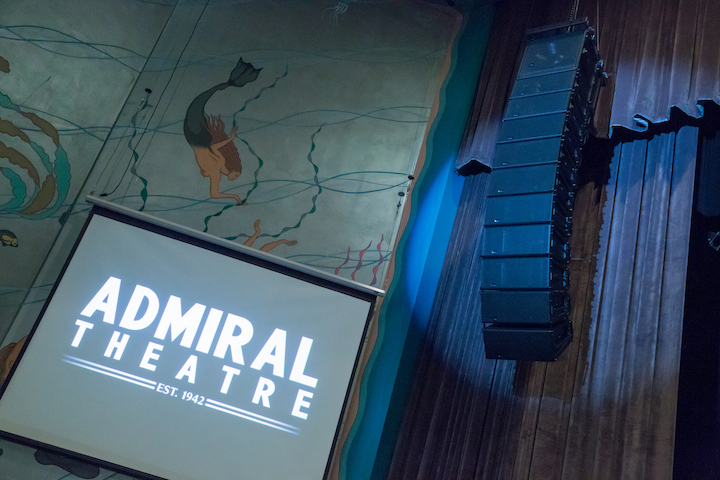 “Last year marked 75 years since the Admiral first opened as a movie house and our 20th year as a performing arts center,” notes Admiral Theatre Foundation Executive Director Brian Johnson, “so this was a critical anniversary and capital project. The Meyer Sound LEOPARD system has become the crown jewel of that project. The response has been overwhelmingly positive from visiting artists and patrons alike.”

By the summer of 2017, three plus years of fundraising and project planning culminated in a 75th anniversary benefit concert featuring Grammy Award-winning western swing band Vince Gill and The Time Jumpers playing through a LEOPARD demo system.

“That instantly sealed the deal,” recalls Johnson. “All the right people were there, including our board members and major donors.  They were blown away by what they heard, and at that point there was really no going back.  The Meyer Sound LEOPARD system surpassed all expectations.” 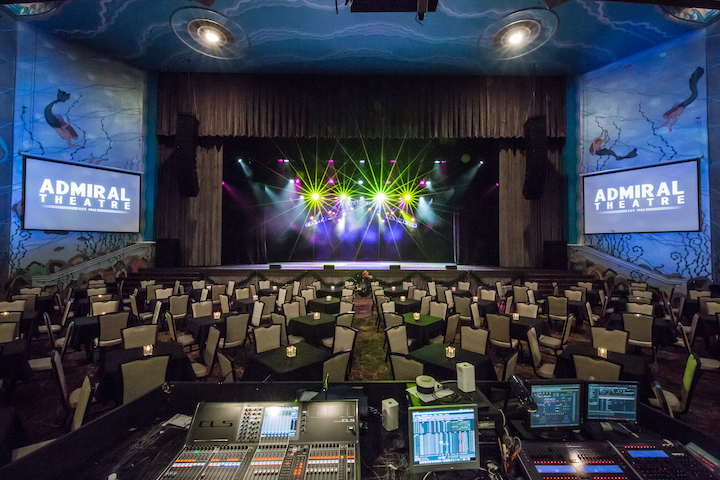 According to Production Manager Andrew Saylor, the theatre brought in a competitive line array system to demo for a later show to assure due diligence in the process. “Although the system performed capably, there was no comparison,” Saylor says.

For Saylor, who mixes the majority of nationally-touring acts featured at the Admiral, the new LEOPARD system has been a revelation. “The transient response and intelligibility are just amazing, as is the phase coherence between boxes. I’m still giddy mixing on the system.  It’s that exciting. And all of the touring engineers who have come in since we’ve had the LEOPARDs have been very pleased with the results.” The difference also has been noted by the patrons, he continues. “People routinely approach our staff after performances and say it’s the best sounding show they’ve ever heard.  I think that has a lot to do with the LEOPARDs.” 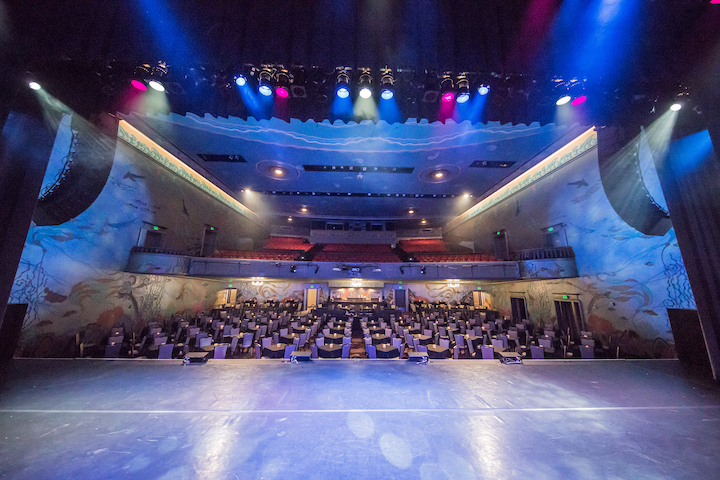 A sampling of national touring acts that have played the Admiral Theatre since the renovation, or are coming soon, includes Lee Ann Womack, Branford Marsalis, The Taj Mahal Trio, The Charlie Daniels Band, Al Stewart and Five for Fighting.

The Admiral Theatre represents a best-in-class public-private partnership responsible for revitalising the entire West Puget Sound region, and regularly attracting overnight and weekend visits from patrons living as far away as Alaska, California, Canada, Idaho, Montana, and Oregon. The City of Bremerton owns the theatre building, and the Admiral Theatre Foundation, a 501c3 non-profit organisation, is responsible for operating and maintaining the grand 40s-era art deco venue. The Admiral Theatre now welcomes more than 50,000 patrons annually to a diverse range of educational and entertaining performances and community events.

The total audio renovation from Morgan Sound also included a new Yamaha CL5 digital mixing console at front-of-house and an Avid Venue SC48 at monitors, with provisions for swapping positions if desired by the visiting act. A prominent fixture of the regional production industry for nearly 40 years, Morgan Sound has expanded beyond its roots as a highly regarded sound rental provider to become a leading, full-service integrator of audio, video and lighting systems throughout the Pacific Northwest.