Sports are a big deal in the city of Spruce Grove, a thriving suburb of Edmonton, Alberta. So naturally, the city’s multi-facility “Agrena,” which houses two hockey arenas and additional facilities, is a pretty important venue. The complex’s Grant Fuhr Arena and the Stu Barnes Arena are both full-sized arenas available with an indoor rink used for ice sports in the winter and dry-land sports in the summer. Local minor sports associations use these arenas regularly, with hockey, lacrosse and ball hockey all played there, and both recently received an upgrade in sound via RoomMatch® Utility loudspeakers from Bose Professional. 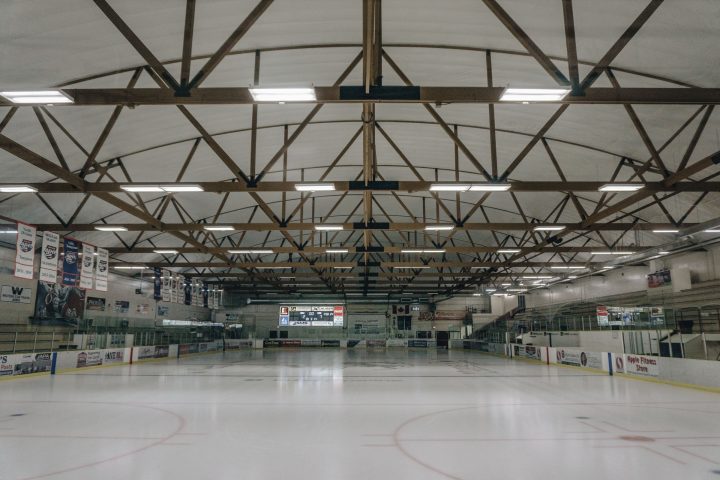 “We had really antiquated systems in the arena,” says Craig Goebel, Supervisor of Recreational Facilities for the city. “It was definitely time for new sound systems, not only because the old ones were really worn out, but because people have come to expect better sound in their sports arenas.” Edmonton-based AV systems integrator Production World brought a Bose Professional system design to the table. The brand was immediately recognizable. “We rely on professionals like Production World when it comes to technology,” says Goebel, “but we certainly knew the Bose name and associated it with quality sound.”

Over six days, the integrator removed the old components and installed the new Bose systems. In the Grant Fuhr Arena, the larger of the two venues, the sound system consists of four Bose Professional RoomMatch Utility RMU208 loudspeakers for coverage of the rink area and eight Bose RMU206 speakers for coverage of the main seating areas, with eight Bose FreeSpace® DS100F pendant loudspeakers to cover the south end of the seating area. The RoomMatch Utility loudspeakers are amplified through a Bose PowerMatch® PM8500N networked amplifier; and a Bose FreeSpace ZA 2120-HZ zone amplifier is used for the Bose DS100F pendant loudspeakers. A Bose Professional ControlSpace® ESP-00 Series II modular processor, with 12 input channels and eight output channels, manages the system. 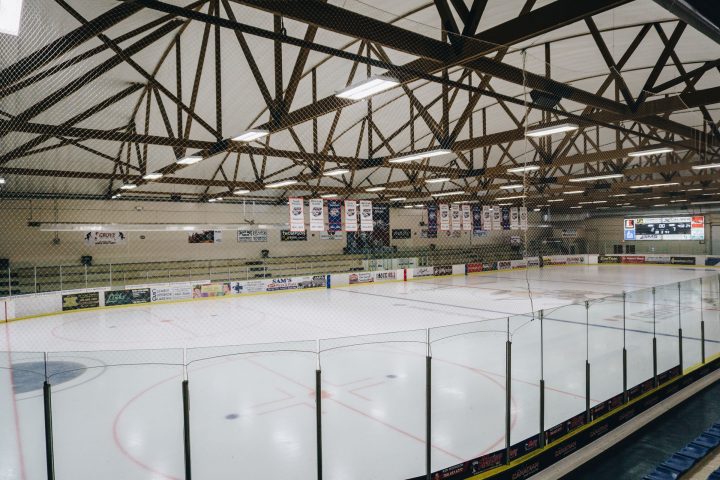 “We went with Bose as our first choice for this project,” says Matt Poles, Production World A/V Technician, Programmer and On-site Foreman for the project. “That’s usually the case for us these days. The RoomMatch Utility components and other Bose speakers and systems just give us everything most projects require: clear, intelligible sound, and excellent, predictable coverage.”

Ken Greene, Commercial Operation Manager for Production World, who supervised the bid and the sale, says the combination of RoomMatch Utility loudspeakers and FreeSpace DS100F pendant loudspeakers was able to provide both venues better and more precise coverage than they had ever had. “The arena has a fairly low ceiling, so we couldn’t use a big box loudspeaker or an array, but the Bose speakers fit the spaces perfectly. And they’re very compact so you don’t see them at all.”

They were able to meet everyone’s expectations with far fewer loudspeakers and amplifiers than previously required. “We took out six amplifiers and were able to replace all of them with a single Bose PowerMatch PM8500N networked amp in the Grant Fuhr arena,” says Poles. “The PM8500N gives us eight channels, so they’re able to control the volume individually over the east and west bleachers and over the south side seating, as well as the front entrance area, the lounge areas, and directly over the ice, with the ControlSpace ESP-00 processor zoning all areas so each can be controlled separately. It’s a very versatile sound system but didn’t require a lot of pieces.”

“The Bose sound system met and exceeded our expectations,” says Goebel. “It sounds great, looks great, and it’s much simpler to operate than what we’ve had before. It’s the ideal sound system for us.”