Life Christian Church in Tacoma, Washington, is now enjoying a beautiful new church building complete with a dBTechnologies VIO sound system. As part of the Slavic National District of the Assemblies of God, Life Christian holds many of its services in the Ukrainian language with simultaneous translation into English. The church has an active music service with a 60-person choir and a band with drums, electric and acoustic guitars, bass, keyboard and piano. 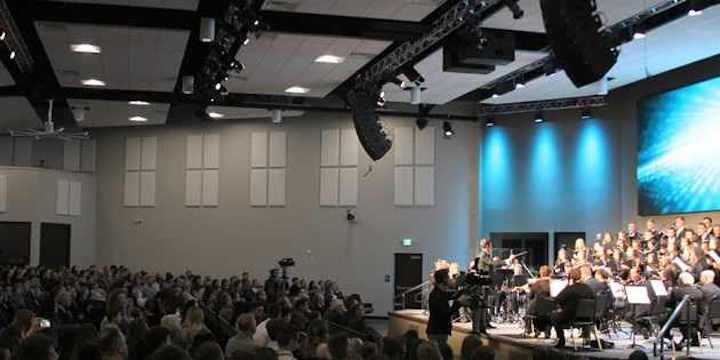 The church’s new audio system was installed by integrator High Tech Sound & Lighting of Kent, WA who also installed Life Christian’s new lighting system. High Tech’s Vasyl Mulyarchuk consulted with the architect and building committee during planning and says the church wanted a system that would cover its new 1000 seat auditorium evenly with good voice clarity and high music quality without the need to be overly loud to achieve these goals.

High Tech, which is a production company as well as an integrator, held a loudspeaker showcase for area churches in mid-2017. After that showcase, Mulyarchuk says the VIO system was an easy choice for Life Christian. 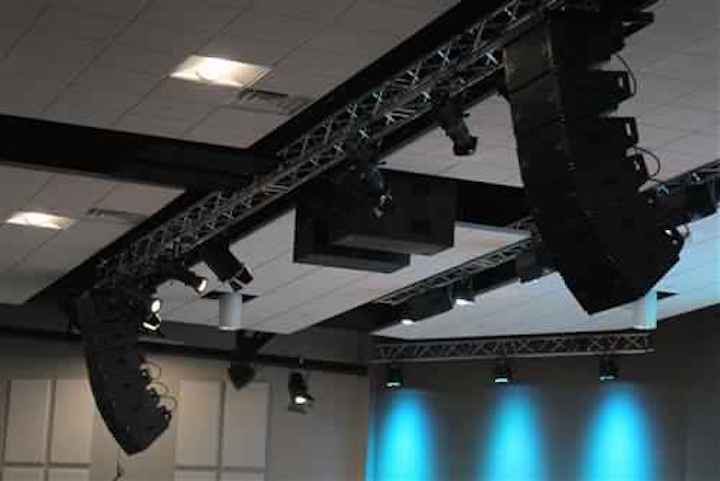 High Tech set up and commissioned the system using dBTechnologies RDNet software and VIO’s built-in amplification and DSP. Mulyarchuk commented, “We were able to hang the VIO system in less than an hour due to dBTechnologies’ simple rigging and we needed very little EQ to make it sound great. After the system was complete, the church leaders told us that it was ‘better than expected’ and, for several Sundays, different people called me after church and said, ‘Thank you for this great sound system!’”