Around 250 of GLP’s flagship LED products were deployed at the Pepsi Super Bowl LII Halftime Show, during Philadelphia Eagles’ defeat of New England Patriots at the US Bank Stadium in Minneapolis. The show featured a versatile 12-minute set from Justin Timberlake that spanned the entire field.

For lighting designer, Bob Barnhart of 22 Degrees, for whom this was his 20th involvement in the event (and ninth as principle LD) the extreme, sub-zero temperatures were just one of the many challenges he faced. The event required all his expertise. 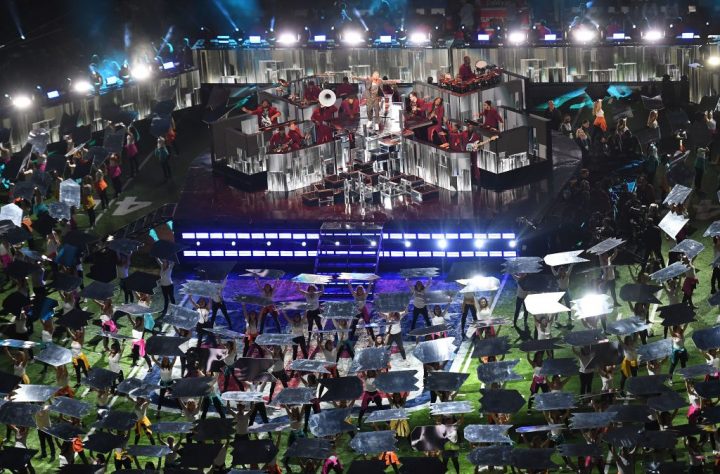 Barnhart explained, “JT was turning in so many different directions throughout the show, one of the biggest challenges was just keeping him lit properly.  We had many different ‘key’ light looks, but it was quite the process coming up with all the proper angles, especially when you consider that we had to pick our final spot positions way back in September.”

The show opened in a basement ‘Laser Lounge’, doubling as the underpinning of the 360° stage, before JT emerged down the catwalk ramp, and duly used the full expanse of stage and then field (all of which were immersed in production lighting). Over the course of the 12 minutes, he not only worked through his catalogue of hits but paid homage to hometown boy Prince with I Would Die 4 U. But the show was as notable for the dance routines (including a huge field cast) as for the medley of hits.

With Tony Ward from PRG’s Los Angeles office again providing inventory (and acting as lead Gaffer), supported by Travis Snyder, GLP’s tiny impression X1 was the first fixture to make its mark, with 67 of the tiny heads used in the initial club sequence. Then, as he emerged from the club and onto the field of play, 30 impression X4 lined the bridge.

Bob Barnhart again made extensive use of GLP’s hybrid GT-1 (as he had last year), deploying 74 in total on the main stage, with a further 20 X4 Bar 20 battens also mounted into the stage. Finally, 80 GLP JDC1 hybrid strobes were mounted behind the stage and set into the front of some of the stage panels.

The lighting director first got together with head of GLP Inc, Mark Ravenhill, at the LDI Show in November to discuss fixture choice. “I told him I needed a small format light for the beginning of the show.  So we looked at the X1 and I felt it would be a perfect fit,” he said. “Using a large amount of small fixtures I think helped to keep the room a little more mysterious and club like.

Justifying his fixture choices, he said, “The X4’s were used on the ramp because we were transitioning from the club and we felt that we should maintain the fixture style to help tie things together.” 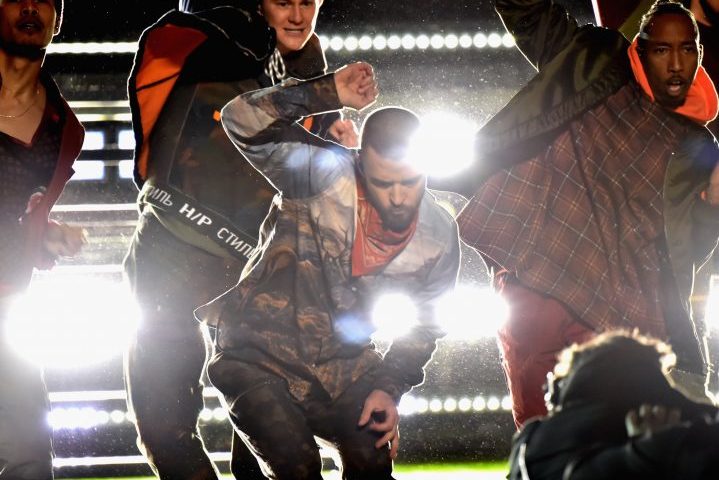 As for the JDC1, Bob Barnhart had first used GLP’s hybrid strobe in vast quantities at the 2017 VMA Awards. “Thanks to their colors, matrixes and the ability to tilt, these are much better then the traditional xenon strobe,” he appraises.

This time they were deployed on the face of the band stage, mainly for the dance breakdown midway through the show, as well as on the upstage field carts which also saw the majority of the GT-1. “JDC1 has a lot more to offer than we had time to show off in 12 minutes,” he exclaimed.

The GT-1s were also used on lighting carts upstage of the band stage as well as on all the speaker carts that went around the field. Barnhart said they were chosen because of their weight advantage and lack of a ‘brain box’ attached to the yoke. “I like the GT-1 … it is versatile and smaller and lighter than its cousins from other families.

Bob Barnhart and his team managed to overcome all the challenges thrown at him — including a late decision by the NFL to cut all pyro and smoke, on the recommendation of broadcasters NBC — with the resultant impact on light beams, and a giant silk projection that was incredibly sensitive to air movement. “To top it off, the show ended in the audience, where anything could have happened.”

The lighting director paid tribute to his co-designers and the dynamic that had existed in the creative collaboration. “Bruce [Rodgers] did a great job of taking Timberlake’s idea of being all over the stadium, while Nick [Whitehouse] was good at keeping us in JT’s ‘world’ and helping everyone understand what he and the band needed and liked. I should also mention Pete Radice, David Grill, and Jason Rudolph, our three lighting directors.”

Finally, he reflected positively on his relationship with GLP, and the various roles played by the company’s fixtures. “GLP has been a true partner in our continuing efforts to bring something new and evocative to our shows,” he concluded. ”They have become a very solid manufacturer in the lighting industry, and as for support I cannot say enough about Mark Ravenhill and his team.”