Having previously been involved with putting together the lighting design for James Arthur’s club/theatre tour in early 2017, LD Michael Straun has moved up to lighting the larger arenas for the artist. Right through from the club dates to larger arenas, GLP fixtures have featured extensively in his toolkit. He was invited by Meggan McKenzie from production company, The Live Dept, after previously working with her and managing director, JP Firmin on shows with Tinie Tempah and Katy B. 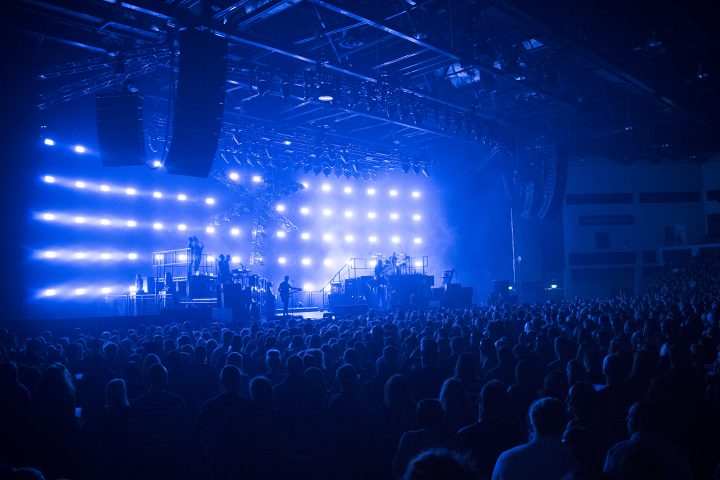 He and McKenzie worked closely to evolve the concept. “She would send me ideas which I would adapt and add lighting elements. We wanted to move away from custom builds so we used different fixtures in different ways to create the stage set,” said Straun. “James was also involved throughout the entire creative process. The key was to make the show look big and impressive — and the wall of JDC1’s did this.”

This is GLP’s new low profile hybrid strobe — one of the most successful and unique fixtures in their history.

A traditional single tube element, created with LED’s to produce a bright, white output, is combined with a surrounding full face of RGB power, utilising a large array of complementary LED sources. The possibilities are endless as these two elements have independent control and can be used as separate or combined effects. It therefore not only functions as a powerful strobe light, but both the tube and full face sections can be run continuously for high output blinder and wash light effects.

Some 80 heads were supplied by Christie Lites along with GLP’s award-winning X4 Bar 20s, both of which exist in large quantities in the hire company’s inventory.

Michael Straun admits there had been a couple of compelling reasons for sourcing their gear through Christie Lites. “Since the design was heavily based around a back wall of strobes, I wanted units that would give us a bigger pallet than a static coloured strobe. Christie owns a vast quantity of the JDC1’s so were able to offer the number of units I wanted, within the production budget. Secondly, I was keen to work with Andy Strachan [Christie Lites account handler] on a new show. We have a good working relationship and he’s great at making sure all details are considered from beginning to end.” 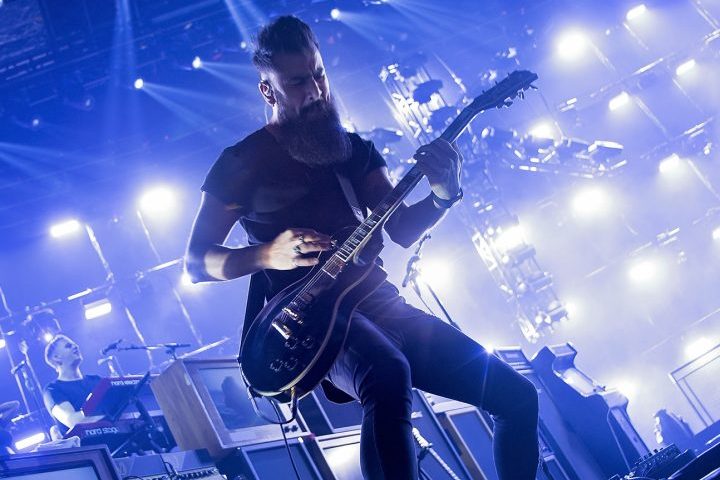 Strachan responded by saying, “I have worked with Michael for a number of years and he is a fantastic LD.  The GLP JDC1 strobes are such a great fixture, and he worked these into his design as soon as he had seen them and the result was outstanding.”

The back wall was made up of all 80 JDC1’s — hanging from custom-made soft ladders. These were complemented by 38 X4 Bar 20s, with 14 staggered across three flown trusses and the remainder on the floor.

Michael Straun was confident the JDC1s would deliver the solution; after seeing them at last year’s PLASA Show he managed to get his hands on a couple of units for a German TV show, having also seen them in use on the Mercury Music Prize.

This prior knowledge enabled him to use all functions of the JDC1 to the full, while resisting the temptation to make the show “look like a product demo.”

“I used the tilt function to either backlight the stage or light the audience as well as hiding the source of the fixtures when they were not being used,” he said. “You don’t always want to blind the crowd, so being able to focus the strobes slightly down was a nice addition to have.” In several songs he also bitmapped effects through the different zones on both the wash and strobe sections of the fixture.

At the same time, James Arthur also wanted this show to look rocky — and so the LD positioned the X4 Bars in the rig with gaps between them. Explaining the rationale, he says, “It meant I could still wash the stage but also zoom them in tight to create ACL type effects. I staggered the fixtures between trusses so that when you faced them out to the crowd all the gaps were filled.”

The Bars were operated in single pixel mode to enable effects and gradients to be run through them. 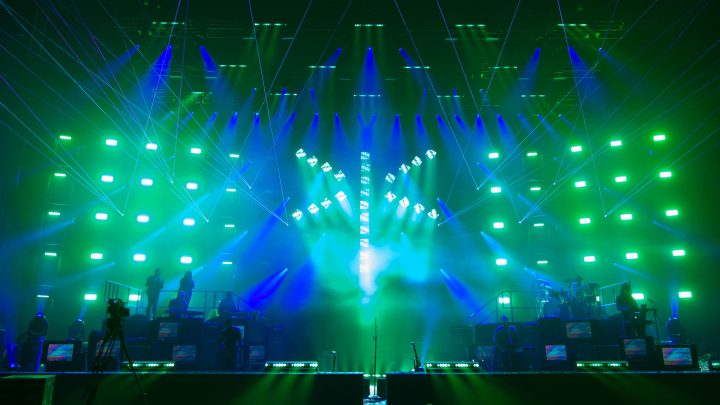 Michael is a particular fan of this effect. “They add a very theatrical tool to a show. The colours and optics are great and they dim well for an LED. Also the size of the fixture works really well. You can place them in a line, edge scenic elements, hang them from a truss and still have room for other fixtures to be placed around them.”

Michael Straun undertook most of the programming himself with Dan Williams looking after the show on the tour. “I was only with him for the first show,” he confirms. “There was no backing track or timecode so everything was done live.”

Summarising the JDC1, he says. “GLP have really developed something useful and exciting here. The back wall of JDC1’s was a major part of the look. Without a big video wall they were the key element of the stage design. With them being so versatile compared with other LED strobes on the market they improved the looks within the show tremendously.”

As for Christie Lites, their large commitment to GLP’s new cutting edge inventory had been driven by Karina Mendoza, VP Purchasing in the States.

The company presently boasts 200x GLP X4 Bar 20’s and 120x JDC1 in their UK hire fleet only. “The JDC1’s are great units and sell themselves,” states Andy Strachan. “They are compared to a Solaris flare with an Atomic dropped inside — and with a tilt to top it off!  The brightness is also unbelievable.

“The Bar 20s are also a fantastic LED batten with a tilt. They will be around for a long time as they can be used for so many different elements of a design.”

The wisdom of this investment is beyond doubt he says. At the same time he praises the support given by Simon Barrett and his GLP UK team. “Simon has been fantastic; it’s all about the relationship within the industry and he really delivers on that front.”