LĪVE was one of the first bands to tour free South Africa in the mid-1990s after the end of apartheid, and have a loyal and enthusiastic fan base in the country.

The DVD shoot was designed and lit by LĪVE’s LD, Synapse Design partner Graham Hicks using nearly 100 Robe fixtures which are part of the house rig. These are looked after by a team from one of the leading SA production companies, MGG, who provide the venue’s in-house technical services. 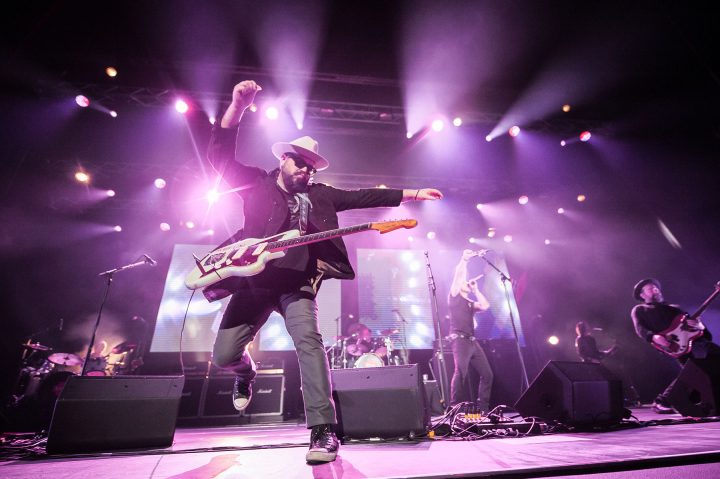 The two sold-out arena shows were part of the band’s Reunion World Tour, which saw the original line-up back together in 2017 after a lengthy hiatus, and has included a mix of headline dates and high profile festivals like Lollapalooza, Austin City Limits, PinkPop and Ottawa Bluesfest, and sharing the stage with global legends including Guns ‘n’ Roses, the Foo Fighters, and the Red Hot Chili Peppers.

These South African shows used a custom, one-off design, Graham explained: “The whole production design, from initial lighting and video plots to final content selection, is something we worked on with the band through the summer. They were great about laying out the elements that were important to them, and the way they wanted the show to feel, both on stage and in the crowd. That gave me a great launching point to draw the show around how the lighting and video need to play together to create that end result.”

The final design used a variety of Robe fixtures:

Twenty-four Spiiders were distributed across the whole rig, washing the stage and band with intense and even colors.

Twelve BMFL Spots were the primary hard-edged fixtures, providing texture to the camera shots. Another 12 x BMFL WashBeams were split evenly between the mid stage and upstage trusses, providing a mix of tight beam effects and added camera wash.

The floor package included 5 x BMFL Blades, placed upstage of the band for a combination of saturated back-lit wash looks, and hard-edged gobo shots in conjunction with the BMFL Spots, as well as 12 x LEDForce PARs which were side-lighting the band from the wings. 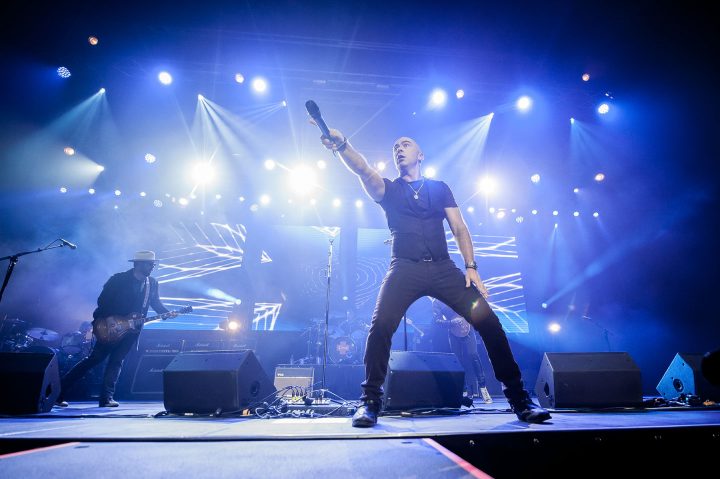 Twenty-four LEDBeam 100s were rigged close together in a long row on the upstage truss, to create a wall of narrow beams behind the band.

For illuminated set pieces, Graham utilized 18 large-format 2000 Watt fresnels, with the rig completed with 6 blinders on the downstage truss and a dozen Atomic strobes scattered throughout the rig.

Audience lighting for the wider camera shots was provided by 16 x moving spot fixtures mounted on a pair of trusses flown above the crowd.

The combination of Spiiders and BMFLs was key to giving each part of the show a unique and distinctive look, said Graham.

“It’s a huge asset to have spots, washes and beams that can all play together in a web of narrow, irised-in beams one minute, and then everything zooms out wide to give a deep, saturated wash the next. It’s great to be able to bring the whole rig into looks like that, instead of just leaving each look to rely on the one or two fixture types that can pull it off!”

As the band’s first concert DVD in a decade, this show presented a few creative challenges, noted Graham.

“It’s definitely a different experience taking a show like this to camera. The band wants a dark, moody show, so the challenge is to make that camera-friendly without changing the way it feels on stage – if it’s suddenly a lot brighter than they’re used to, that can be an unwelcome distraction, so we’re trying to build the best camera shots possible, without turning a live show into a movie set.” 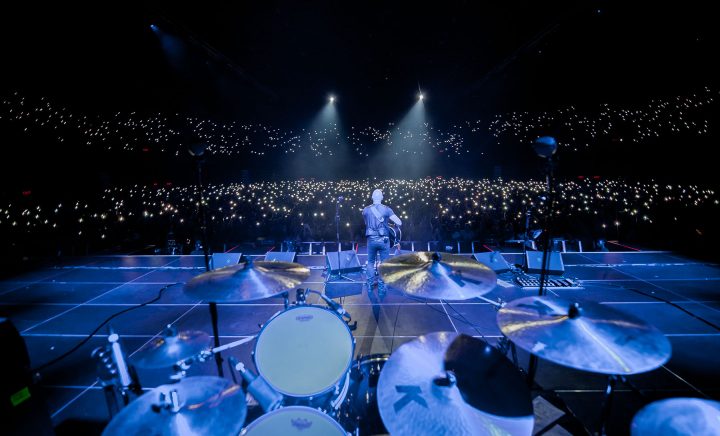 The band were adamant that they “[didn’t] want to play in front of one big TV,” so the video was split across four large, 3.9mm-pitch LED surfaces, with separate visual feeds sent to each part of the set for some songs, and a single visual feed across the whole canvas for others.

For crowd favorite “Selling The Drama”, live shots of the audience were routed into the media server from robocams mounted on the stage, while during the heaviest moments of the set, the video panels were repurposed as imposing 10-foot-wide strobe fixtures.

A pair of MA2 consoles drove the lighting and the video content stored on a pair of custom-built Synapse Spark media servers running Resolume Arena. Graham balanced lighting and on-stage video levels from the MA2s at front of house, while coordinating closely with the team in the video trailer over comms.

The 9-camera shoot, and the worldwide pay-per-view special, were directed by Eban Olivier of Militia Broadcast.

Advance support for the show extended from South Africa to North America.

Graham explained, “I had to program this show on days off from another tour, and our Christie Lites rep Mike Johnston was great about helping me set up a pre-viz suite in whatever Christie shop I was near at the time, even with the final DVD shoot happening five thousand miles from any of their locations!”

On the ground in SA, special thanks should go to Gavin Taylor and his team at Sun International, Duncan Riley who project managed for DWR, system techs Pierre van Wyk and Jaques Pretorius and MGG’s Denzil Smith.