QSC are celebrating 50 years and forward here at NAMM 2018, with the remarkable landmark of reaching one million K-Series loudspeakers sold since release, as well as presenting the new E-Series and KS112/KS212C subwoofers. 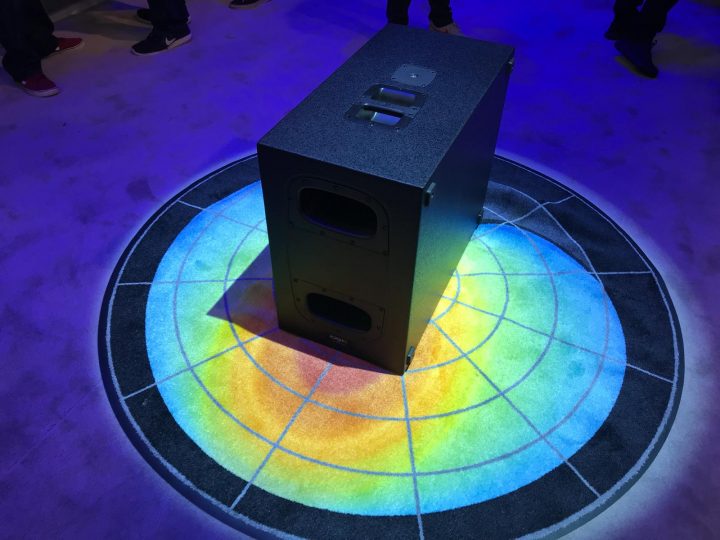 The ultra-compact KS112 active sub, along with the KS212C active cardioid sub were originally presented a few months ago, and are characterised by an innovative design, a QSC amplification system and advanced DSP. Being a compact sub with the ability to express high power over a wide range of frequencies, the KS112 is ideal for a large number of applications, both in the entertainment and installation markets.

Inside is a single 12″ transducer and on-board DSP that allow for the adjustment of parameters such as crossover and delay, as well as the possibility to save and recall several configuration presets at a later time. 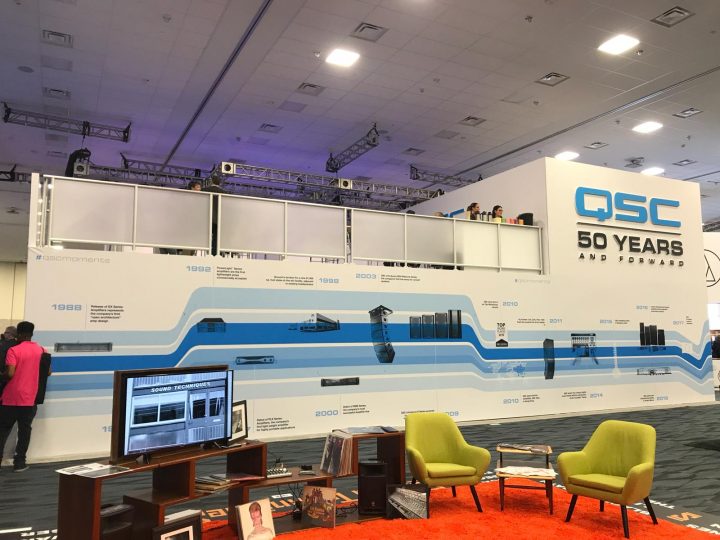 Alongside the passive speakers, we were able to closely appreciate the E-Series with the new E110, a two-way system designed for entertainment including live performances, DJs and dance music, karaoke and more. Inside the extremely compact module we find a 10″ woofer with a 2.5″ voice coil, which makes it ideal both as a stage monitor and as a P.A. speaker. The system is able to produce a power of 300W (continuous) and 1200W (peak), and can be supplied with the E110YM, a yoke mount for the fixture.