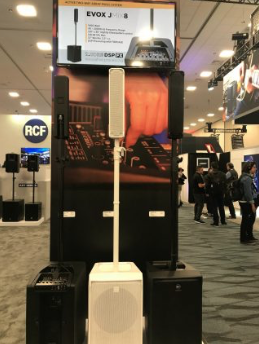 RCF have presented the EVOX J series here at NAMM 2018, a product born with the purpose of giving life to a portable P.A. dedicated not only to the musical world, but above all to the professional world. In particular we have the JMIX8 version, equipped with an internal 8-channel digital mixer with a huge variety of built in effects, with the ability for control via a dedicated App. This feature further reinforces the concept of portability, as well as making setup operations faster and more convenient. The chassis is made of entirely plastic, to achieve more freedom in the construction of the various forms whilst still maintaining a high sound pressure, thanks to the presence of an internal wooden base and an anti-shock system encased in aluminium to protect the internal amplifier. 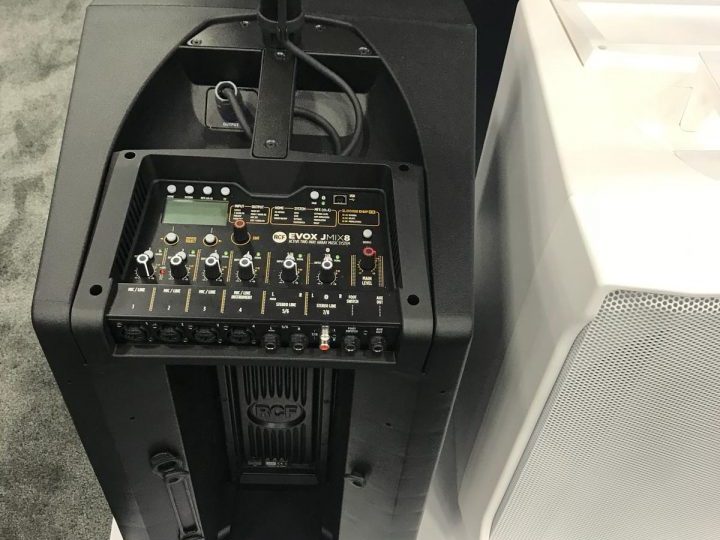 The powerful Z.CORE DSP in the JMIX8 version allows for the management of 8 inputs (4 COMBO MIC / LINE, 4 LINE – Hi-Z included), and the possibility of switching between stereo analogue input and Bluetooth receiver. The dedicated foot-switch allows users recall the previously saved presets. Finally, each input channel is equipped with 3-band EQ in addition to FX and AUX control.