We recently visited Wuppertal, a small town not far from Cologne, where a leading company in the world of communications can be found. We are of course talking about Riedel, a group who are particularly famous in our sector for their ubiquitous intercom systems. With this in mind, it was certainly our pleasure to take the opportunity to share in the celebrations of the company’s 30th anniversary, for which an incredible party was organised, attended by over 2000 guests. In short, this was a space party! 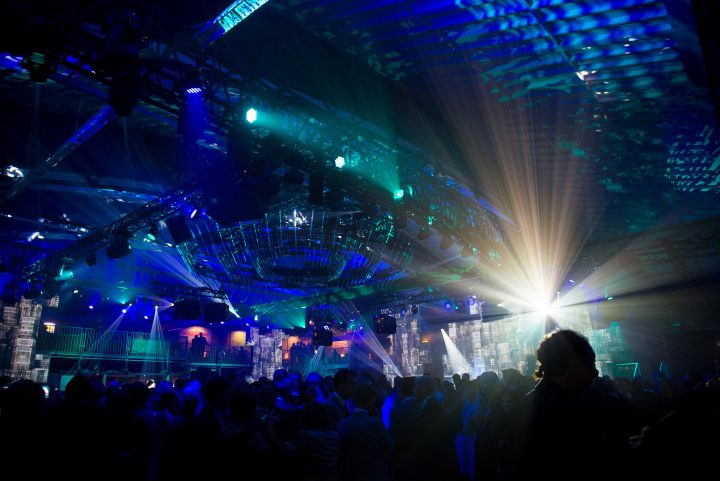 Exaggeration some might say? What does this party have to do with space? In actuality, it has more to do with space than you might initially think, because 2018 is the year that Riedel will, in fact, jet off into space! To be honest, this is not even the first time that the German company has pushed their communication systems into the atmosphere and beyond. Many will remember Felix Baumgartner’s record attempt in 2012, for paratroop-ing from the edge of the stratosphere. Communications and signal management for this were taken care of by Riedel, so it seemed fitting that Felix’s original shuttle was even present at the party.

As the company’s eclectic CEO Thomas Riedel announced during his speech at the celebrations, Riedel will be a partner of the first PTScientists commercial space company expedition, the first private lunar expedition. For this, the company will provide intercom systems together with signal management infrastructure.

Naturally, LightSoundJournal would absolutely love to do a firsthand report about this, but on this cccassion it might be quite complicated to get a pass. Of course, we will do our best! 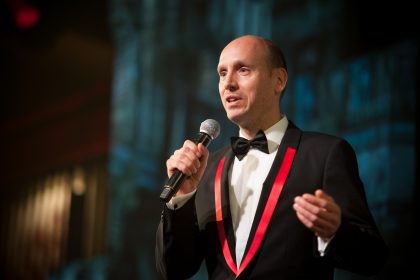 Thomas Riedel’s speech was extremely emotional and inspirational. We truly were standing in front of a company that, in 30 years, has grown from a dream in a garage to the ambitious institution that it is today. The perseverance and skill of those who manage this company have led it to become the worldwide leader in its field, with Riedel now collaborating with and providing its systems for the biggest sporting events in the world, such as the Olympics, and Formula 1 racing tournaments.

As we already mentioned, the party organised for this important milestone was a real surprise, truly complimenting every rosy prediction made by the company. The selected guests were taken to the location of the party by “caddy”, a form of transport often reserved for golf courses, to an initial hall where a large (and we emphasise LARGE) main stage had been installed. This alone would have been enough to signal a party of importance, however at around 9pm we were lead to at least another ten themed locations. These included artfully set rooms with banquets, supplying food and drinks from across the globe, all surrounded by circus shows; expanses of sweets and chocolate; outdoor locations with games a mechanical fire-breathing dinosaur. Just take a look at our gallery below to get a true sense. 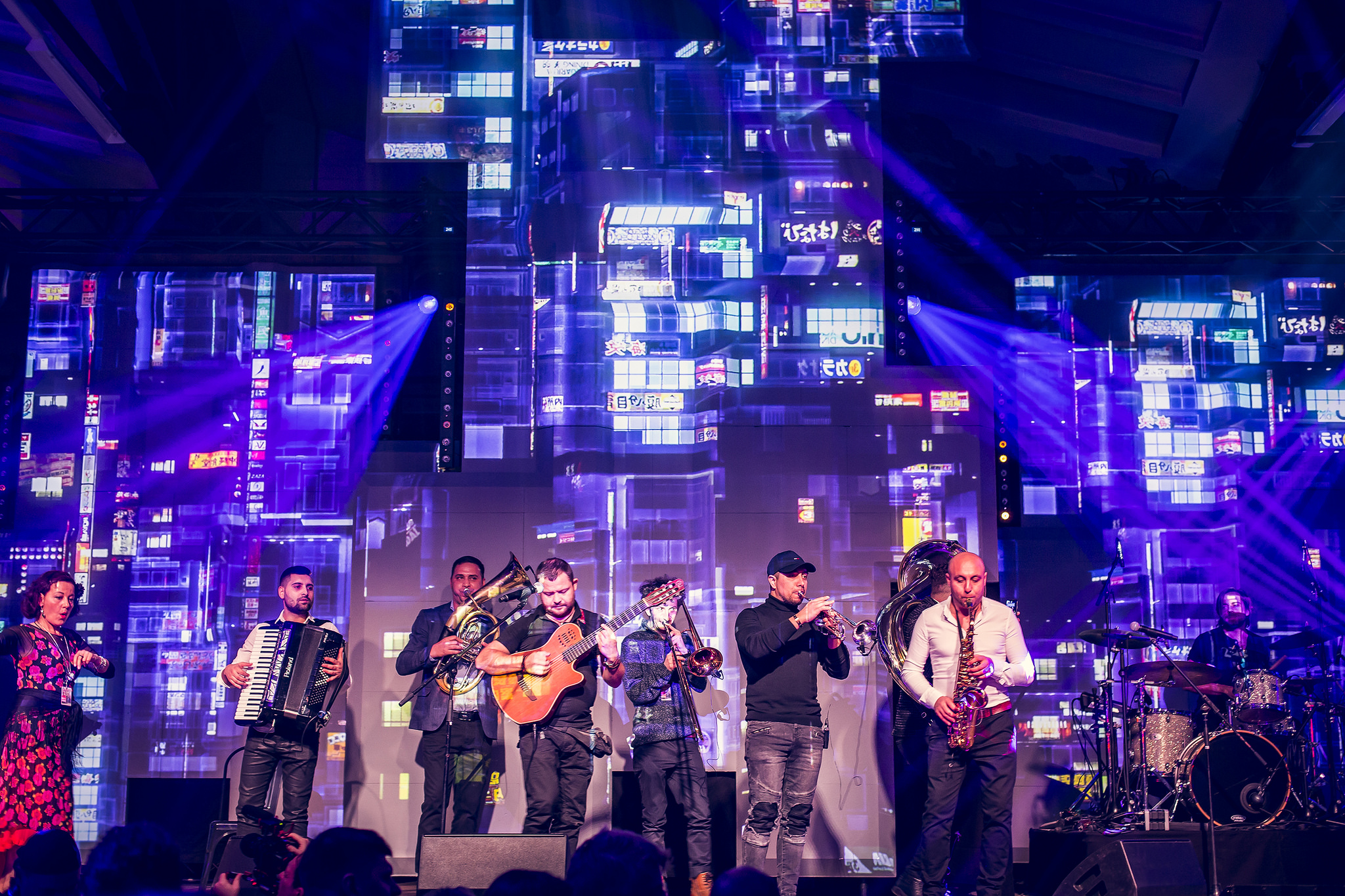 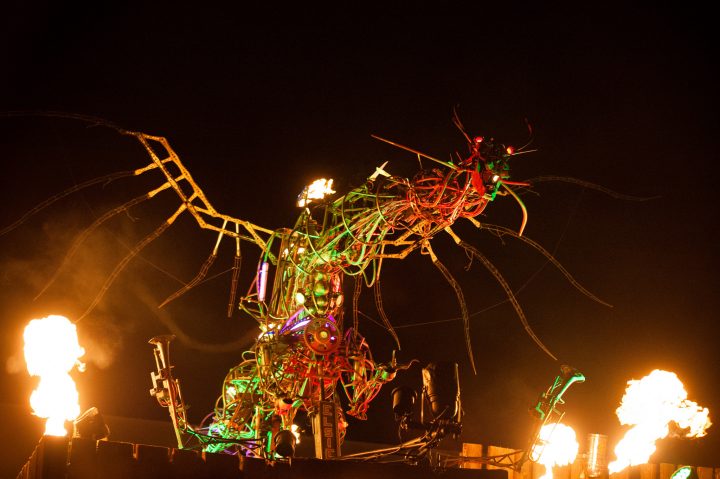 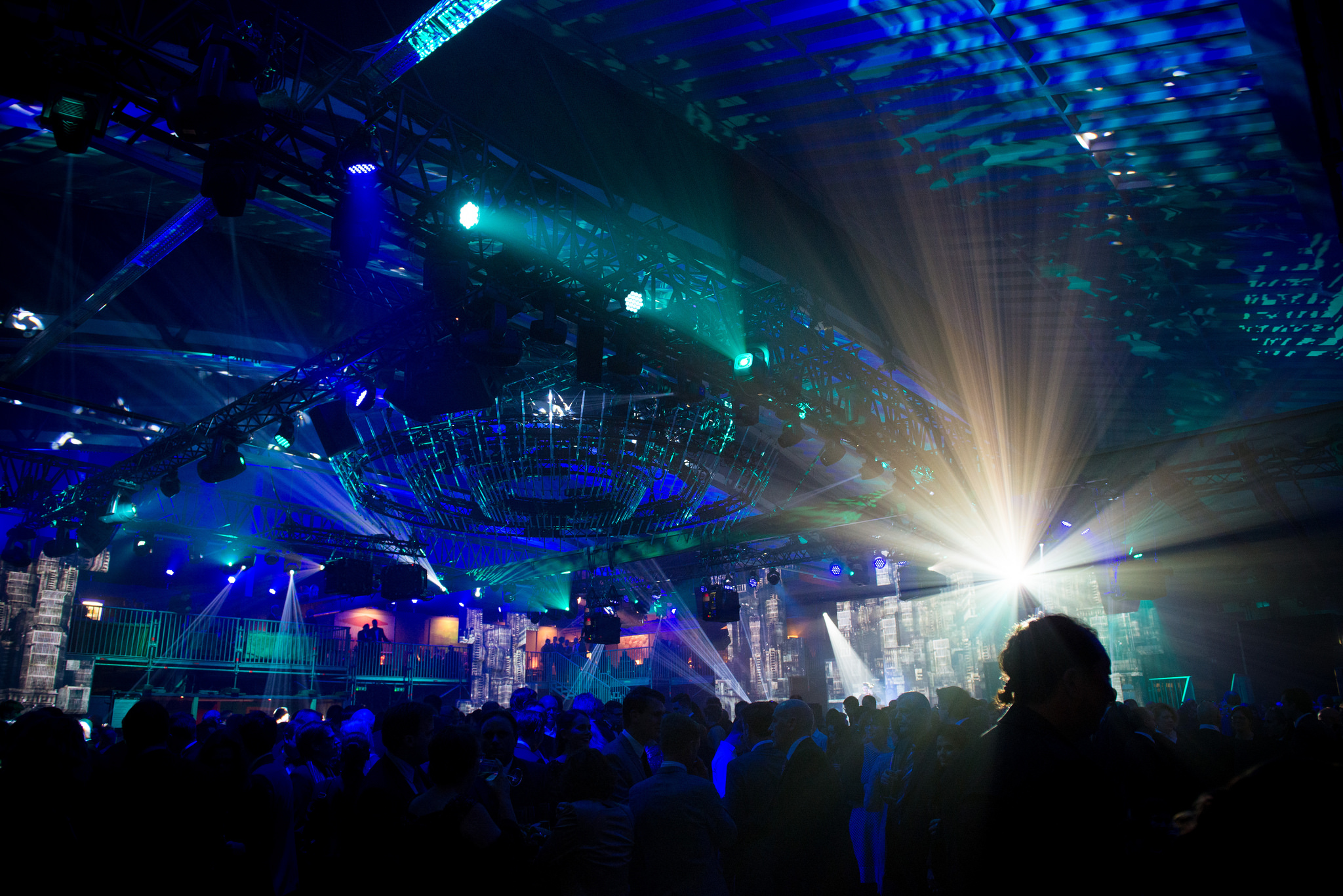 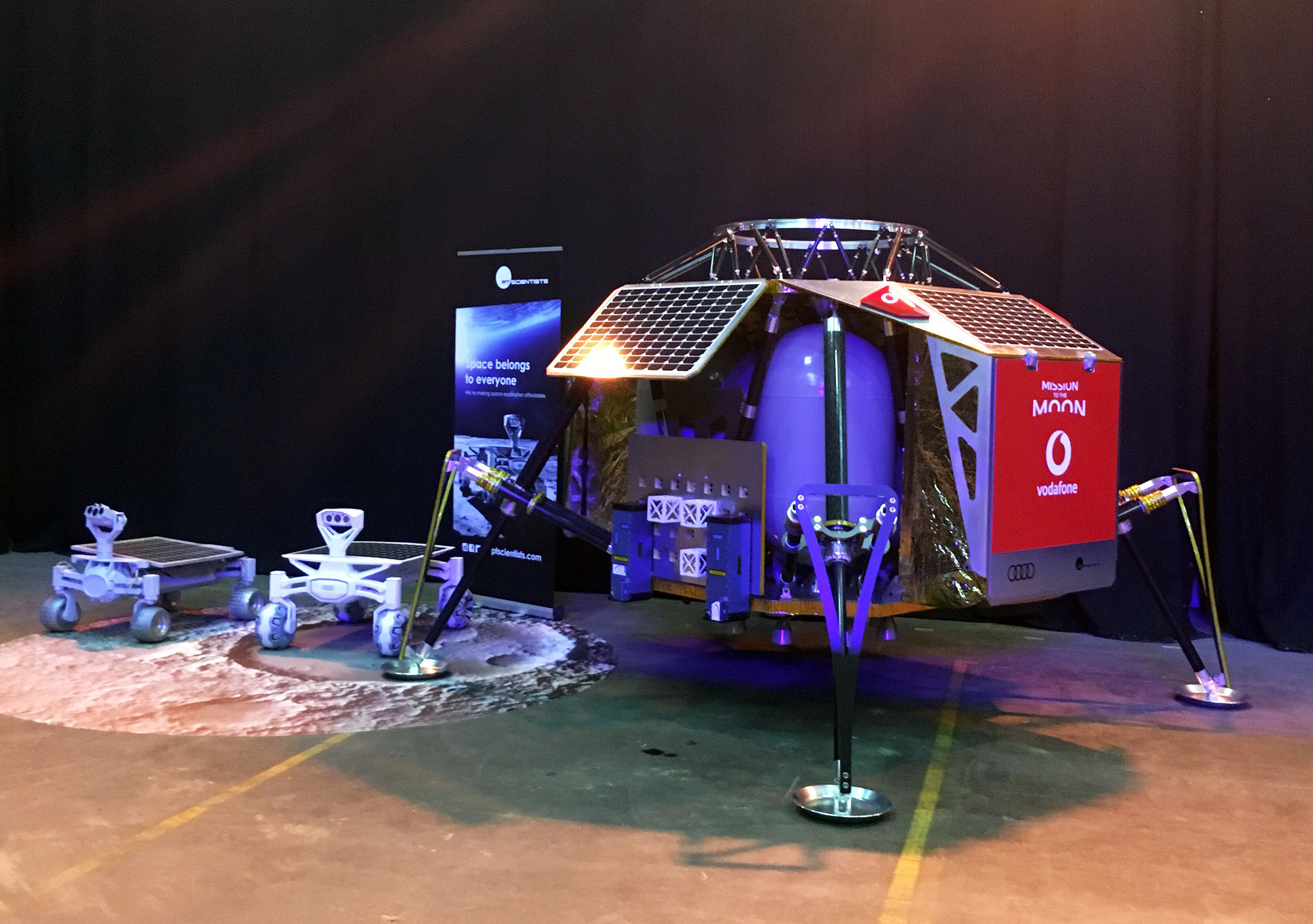 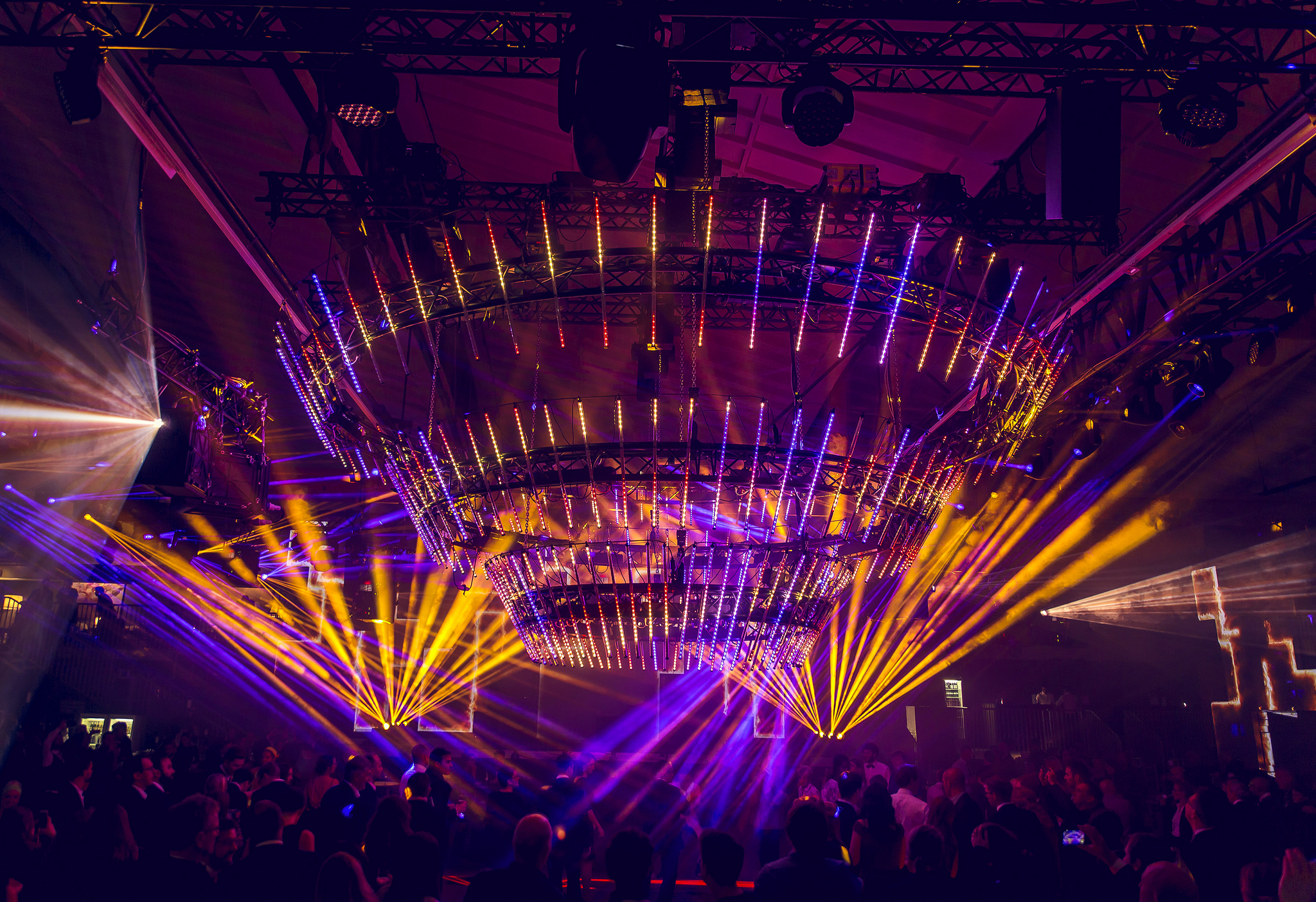 This was a party organised elequently in every detail, plentiful and almost unprejudiced. This, in our opinion, redefines the core image of this company – one of true professionalism, yet with a somewhat clean and “minimal” presentation for outside communcations.

What can we say, sometimes we have to take on the “hard and arduous” job of attending such events. But, naturally, it’s only right that we give you the best idea of what happens around the world in this fantastic industry…