Following its recent installation in the Kridel Grand Ballroom of the Portland Art Museum, Meyer Sound‘s LINA very compact line array system has been praised as a delight to both eye and ear. The system was chosen by museum management not only for its level of performance across a wide range of music and spoken word applications, but also because of its slender profile and elegant, understated appearance. 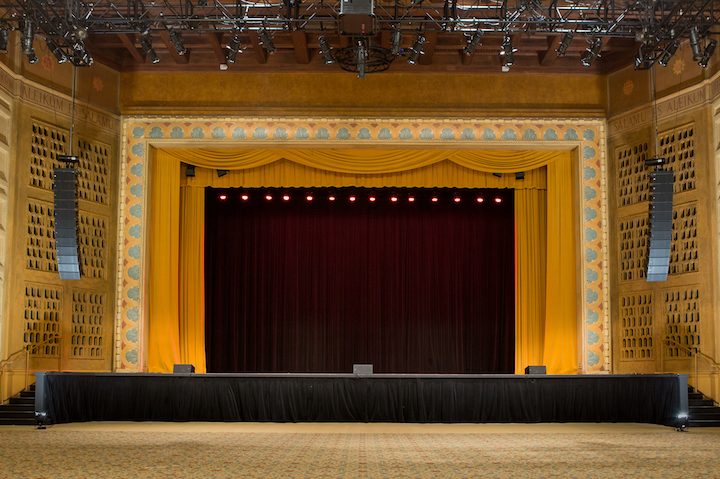 “I’m a sound engineer so I listen to the audible performance,” says Michael “Woody” Woods, principal audio engineer for the Oregon museum. “But we also had to be mindful of the gorgeous visual aesthetics of this room and the fact that it’s operated by an art museum. Fortunately, LINA has a slender profile and it looks as good as it sounds, so we’ve had zero complaints on either score.”

The Kridel Grand Ballroom is the largest of the “Artful Venues,” an array of full-service event spaces operated by the museum. Located in the Mark Building, a former Masonic Temple integrated into the museum campus in 1994, the ballroom offers 9,000 square feet of floor space that can be configured as needed to accommodate receptions, banquets, concerts and conferences.

“We do everything here from big weddings to non-profit galas, corporate events and academic conferences,” says Greg Muhr, the museum’s director of event sales and operations. “Many of these events feature live music, and since we’re also looking to start a concert series we did not want to compromise on quality with this new system.” 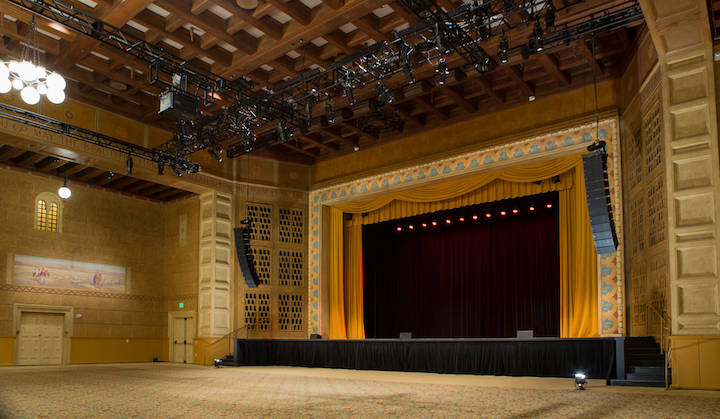 After evaluating several similar systems, both on site and at other venues, Woods and Muhr concurred on the choice of LINA. “The compact size and clean look were important but we were also pleased with the sound right out of the box,” remarks Muhr. “It’s a system you don’t have to fight to get a good mix, and that’s a huge advantage to us.”

With corporate, charity and university events as staples of the venue, the system’s ability to handle spoken word was of paramount consideration in the competitive evaluations. “Our bread-and-butter here is the podium mic and wireless lavs,” says Woods, “and on that the LINA system has got it nailed. We had somebody bring in another make of line array to audition, and I had to work really hard it make it sound good. With LINA, it was clear as a bell right out of the chute.”

One of the first performances using the new LINA system was by the internationally celebrated jazz-Latin-pop band Pink Martini. The band’s long-time FOH engineer, Pete Plympton, was pleased with how well the diminutive line arrays filled the room. 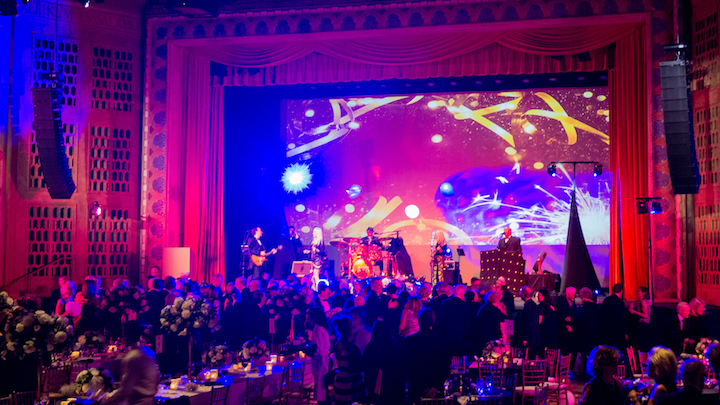 “It sounded awesome, and it was very uniform from front to back,” he comments. “It’s a very natural sounding PA, and I was as happy with it as I’ve been any other PA I’ve used around the world. It’s as good as it gets.”

Other prominent artists that have used the new LINA system in its first months include Tony Award-winner Kristen Chenoweth and jazz bassist/vocalist Esperanza Spalding. “Everybody who has mixed on the system has been happy with it,” says Muhr, “from nationally known artists to local production companies. They’ve had nothing but good things to say about it.”