Nestled in the picturesque Ouseburn valley, overlooking a farm, The Cluny is one of the most uniquely enduring live music bars in Newcastle-upon-Tyne if not the entire UK.
Today the City’s cultural oasis, Ouseburn is situated at the confluence of the Rivers Tyne and Ouse. But The Cluny is considered the godfather of this bohemian, artesinal village. As part of a recent upgrade, the venue now features a newly installed RCF active HDL20-A line array system. 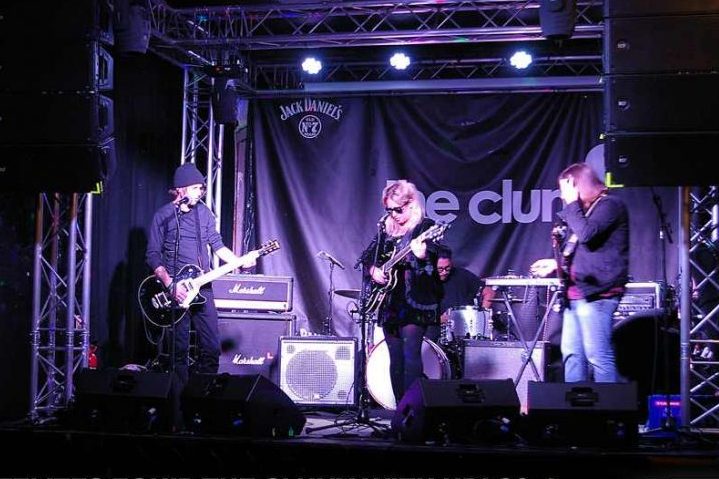 Having been built in 1848, when it was opened as a flax spinning mill, this magnificent Grade II-listed building has subsequently traded as a whisky bottling and paint factory.

In its most recent incarnation the owners at the time Camerons Brewery commissioned a new RCF sound system at the beginning of this year, prior to selling the venue to the independent consortium, Mi Viejo Fruta, led by former venue manager, Julian Ive. It is presently celebrating its 15th anniversary as a live venue, since first being operated by the company, Head of Steam, prior to selling to Camerons.

Down in the 300-capacity, cavernous main warehouse, Nashville band The Magic Wands, playing a type of music described as ‘lovewave’, are sound-checking through a newly-installed RCF active HDL20-A line array system, the most successful in RCF’s D-Line composite series. Four elements a side, supported by four single 18in SUB 8004-AS, powered by a 1250W digital amplifier module, have replaced the old system, while the band listen to their reference stage sound through six new RCF TT25-CXA. It is the first night of their UK tour.

On the upper balcony coverage is provided by a pair of RCF NXL44-A column line source and a further SUB 8004, while another pair of NXL44-A’s reside downstairs in the 180-capacity Cluny 2 (which was originally a children’s theatre).

The installation was carried out by RCF partner Nitelites, project managed by Ed Gamble. When he demonstrated the system to the venue’s technical manager (and experienced live sound engineer), Dave Shilleto he made the decision to purchase it on the spot.

Shiletto recalls, “The old system had been failing badly. Initially I was going to arrange the install but pressure was put on Camerons [by a third party touring engineer], and they agreed on a complete upgrade.”

Tasked with making the purchasing decision, Dave Shilleto beat a path straight to Nitelites, aware of the ubiquity of the HDL20-A in the Newcastle area. “A lot of Nitelites’ freelance engineers work at The Cluny so there is a lot of synergy and we have a lot of positive feedback,” he said. “I wanted the best for the room and because this is such a highly visible system in Newcastle it was a no-brainer.” 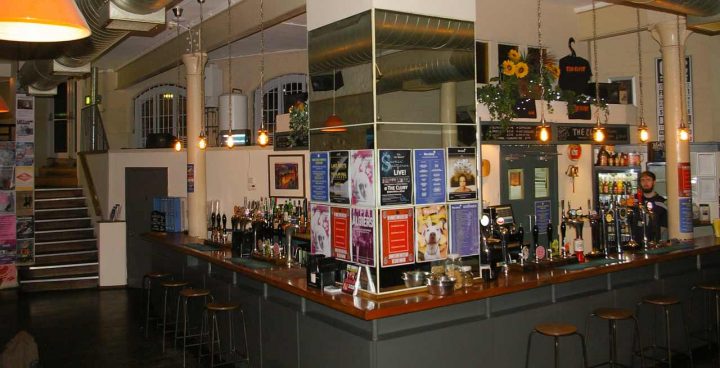 What had he been looking for specifically? “The system had to be reliable, simple to operate, provide full coverage — and it had to be bulletproof because there are a lot of acts coming through.” And most of the riders, he emphasised, demand high specification. “With this system we rarely need to touch anything.”

This is because the HDL20 is powered by a 1400W (peak) 2-way digital amplifier, and  processed from a powerful DSP. Easy to access controls allow for simple optimisations and corrections to be carried out at the flick of a switch: these include two HF settings, four cluster configs, Indoor correction EQ and so on. This enables it to be tuned accurately.
“It means that when you get your channel strip it’s flat,” notes Shilleto. “So from an engineering viewpoint it’s a great position to start from.”

Summing up, RCF’s Northern Technical Sales Manager, Mick Butler, said: “This installation is strategically important as it now means we have RCF product in the some of the City’s key venues — ranging from the Northumbria University to the Sage Gateshead. From a brand point of view the benefits are obvious.”

His views are echoed by General Manager, Joel Thomson, who has also had a long association with the venue. “The new sound system has unquestionably made a massive difference, and suddenly we’re starting to get back some of the high level bands.

“Word of the new sound quality has spread not only on the street but through social media. It’s a magic system and a logical investment.”