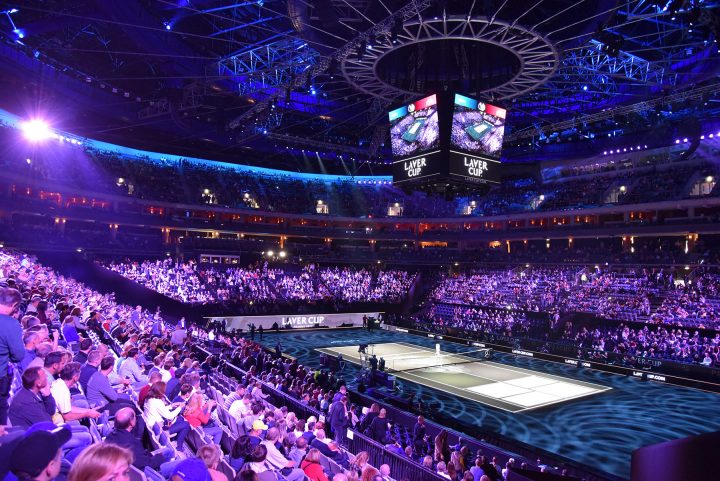 The BMFLs were the primary lightsources for the main show court, which saw two exciting teams – Europe (captained by Björn Borg) and World (captained by John McEnroe) – battle it out for the trophy!

The full lighting production was designed by SMART Productions, providing a team of 28 riggers and lighting technicians on site led by SMART’s Josef “Pepa” Zenisek who was also the event’s overall technical director for the Local Organising Committee (LOC) and the host broadcaster.

It was Pepa who suggested utilising Robe moving lights to illuminate the courts. This followed a great success with BMFLs at the centre of a design for the ceremonies sections of the 2015 Fed Cup Final Tennis tournament in Prague.

“We proposed the lighting design and sent visualisations and renders to the organisers to explain how the ideas would look and work efficiently” he explained. It was a process on which Pepa collaborated with Australian based lighting designer Toby Harding from video and production design specialist Offset Dice who was the event’s lighting director.

Offset Dice is part of Australian based live event production and solutions company Mediatec Asia Pacific who were also involved in delivering the event.

Toby works for Tennis Australia on the Australian Open and related tournaments, overseeing production of the video graphics content for the court-side LED screens and he co-designed the pre-match lighting for the Rod Laver arena in Melbourne.

Pepa explained that the lighting brief on this occasion was more demanding than for the Fed Cup as they were also lighting the main court for the games – with a target of having 2500 – 3000 Lux – on the floor, which was required for the HD TV feeds, detailed slomo playback facilities and streaming coverage. 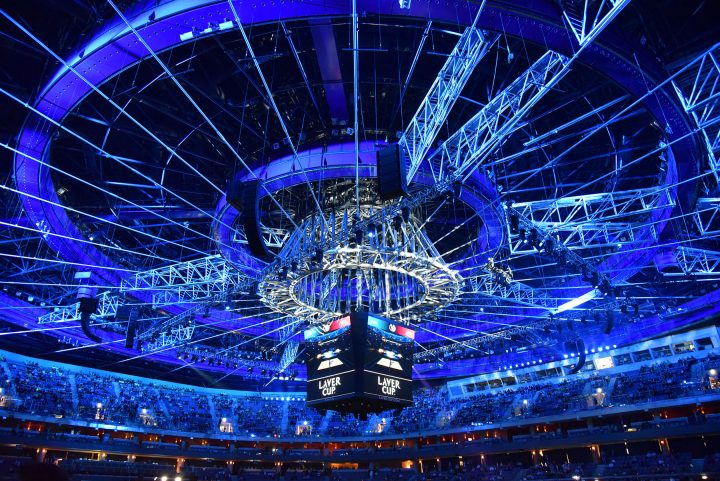 A total of 10 trusses were installed into the O2’s roof and utilised for lighting positions, with the main court lighting units positioned on two 40 metre and two 16 metre trusses rigged individually but in a box configuration directly above the court area.

The eighty Spiiders were used for lighting the audience grandstands surrounding the tennis court, distributed along a series of shorter trusses flown slightly lower around the arena.

BMFLs were chosen primarily for their “power and accurate focusing” confirms Pepa, adding that there is no other moving light currently on the market with this brightness, intensity or control.

The Spiiders were ideal, especially with their wide zoom and excellent colour mixing engine, for highlighting the audience with smooth, even colour washes, an effect that looked great on camera.

SMART’s lighting programmer Ondrej Burian had added 14 more Spiiders to the initial plot which were rigged on the venue’ s roof catwalks and used to illuminate its unique roof structure. This also looked interesting on camera and a lot more dynamic than having a black void in the ceiling!

Toby and Ondrej worked together both programming and operating using two networked grandMA2 consoles on site.”

Toby comments that SMART Productions brought considerable experience in working at the venue to the table, which was invaluable for the overall smooth running of the lighting department, and he enjoyed working with Pepa and his team.

He was delighted when he first saw the plot full of Robe lights, especially as it offered the opportunity to work with some fixtures he’d not yet had the chance to use.

“I could see the system was going to offer all the flexibility required for both the ceremonies and the out-of-play elements as well as the all-important tournaments”. 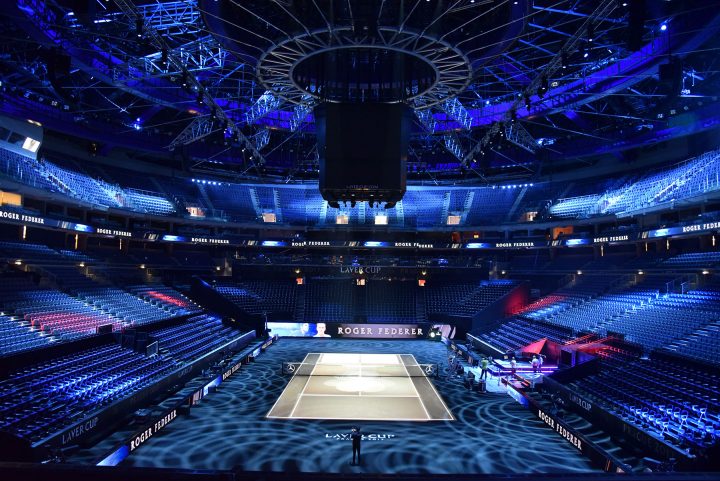 He was impressed with the BMFL WashBeams, “Very versatile with the framing shutters and beam angle, yet really effective as a wash” he said, adding that they were the go-to lights for any areas needing last minute illumination

He thought the Spiiders did a “fantastic” job for the audience lighting, “Very powerful at full spot and nicely diffused when using the zoom” and these were used to illuminate various host positions for the ceremonies and pre-match items.

He explained that while the original brief was to make it theatrical with the audience dark and the court as the stage, they needed to see them on camera, and the players preferred to see some faces as well as it was a team event and a massive amount of atmosphere and vibes coming off the crowd and their support!

Talking more generally about Robe, Toby reckons they have a good range to cover all areas and disciplines of live entertainment.

The lighting equipment was sourced from a number of different rental companies due to the amount of needed explained Pepa, with German based Niclen being the primary supplier. For the PA they utilised the house racks-and-stacks with Mediatec brining in consoles and control, and video was also provided by Mediatec.

The event was a great success internationally and a huge hit with the public locally and all those who journeyed to catch the vibes live and also enjoy the beautiful environs of Prague. Robe was very proud to be involved in another premium sporting event, especially in its own stunning and charismatic capital city!

The 2018 Laver Cup will be staged in Chicago.