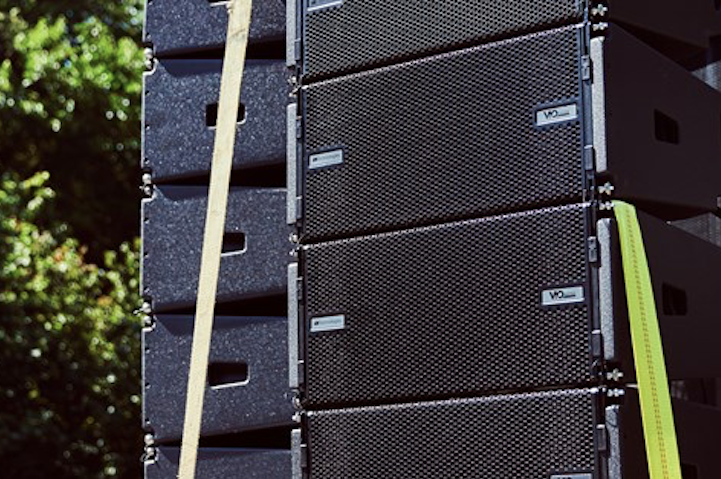 The celebration and parade, which featured a variety of West Indian steel-pan and calypso bands, attracted a crowd of nearly two million – some at 200-feet or more from the floats.

To reach the crowds at these distances, the dBTechnologies VIO system needed to provide full-range, high-fidelity sound at very high SPL. As a parade float, the line-array system had to be stacked, not flown; it had to fit on a 50-foot flat-bed trailer and it had to provide a full 360° of coverage while looking clean and neat to avoid detracting from the elaborate Mardi-Gras style parade décor and costumes.

VIP Pro Audio of Brooklyn, New York, assembled the system with design assistance from dBTechnologies engineer Marco Cantalù. They used thirty-two VIO L210 full-range, line-array loudspeakers arranged in six stacks on the four corners of the float and on the two sides. Sixteen S318 subwoofers in a 4×4 stack provided omni-directional low-frequency support from the centre of the float. VIP used VIO’s integrated hardware, which is designed for both flying and ground-stacked systems, to securely fasten the system to the float. 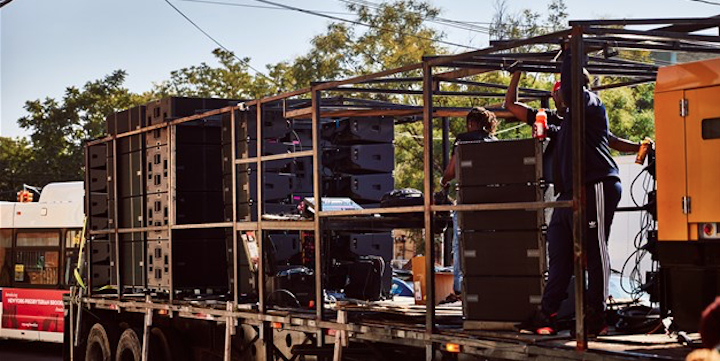 Cantalù commented, “The crowd was very enthusiastic about the clarity and quality of the sound from our float and the musical presentation was above their expectations. Other floats had more loudspeakers but ours was as loud and the punch and dynamic transients were impressive despite the very high sound levels.”