They chose Robe moving lights – DL7S Profiles, DL4S Profiles and Spiider LED wash beams – to be at the core of the lighting, which was developed as a co-design for the show, which has received rave reviews and got tongues wagging with its aesthetic daring! 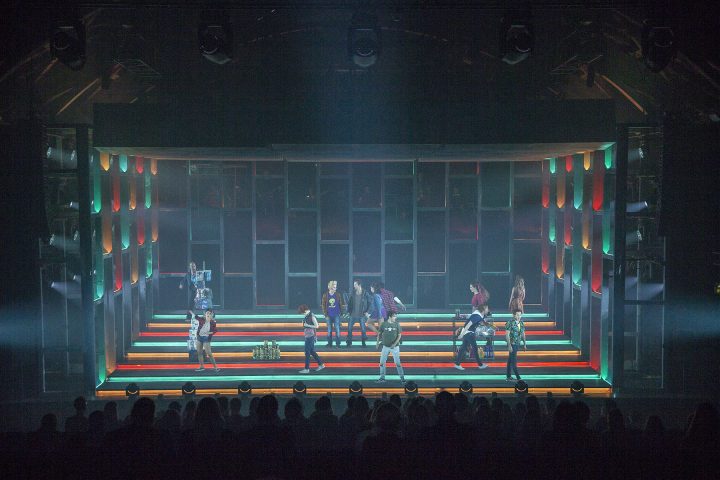 Benjamin’s almost bare stage set features three large moving scenic pieces initially making up the stage floor, which resemble giant slabs of concrete … symbolically representing the crushing of individuals refusing to conform to the norm. These move constantly throughout the show, each rigged on four half tonne vari-speed motors – creating different spaces, rooms and locations as the story – of life, individuality, expression and being someone – unfolds.

The stage ‘box’ is surrounded on three sides by a stark metal (aluminium) framework conjuring up images of skeletal unfinished buildings … with the cranes gone, left to rot in the economic crises against which the action is set.

Sune has become a big Robe advocate since he started using the brand more extensively a couple of years ago – for both his theatre work and rock ‘n’ roll clients. His company b-ql.dk has enjoyed a busy year – he’s lit no less than six high profile musicals to date – and he specifies Robe when possible for his moving lights.

As the set design took shape for American Idiot, it was obvious that there would be no conventional lighting positions available and that lighting fixtures would have to be fitted around it, so Sune had the idea to rig 8 x DL7s and 8 Spiiders a side in two rows of four, offset about a metre back from the front of the set frame.

These side lights are the workhorses of the rig and are used in almost every scene.

Being in these positions – a tight squeeze in the venue – they bring a dance like perspective – being clearly seen by the audience – which fits the minimal aesthetic beautifully. Beaming through the framework of metal beams adds depth and texture to the set. Also they don’t encroach on the already tight stage space!

The lower row of DL7Ss each side effectively provide all the essential shin-buster lighting effects. It was originally planned to have specific fixtures for this task, but they were dropped to maintain the integrity and hard lines of the stage space. The massive DL7S Profile zoom helps to successfully achieve similar results with the luminaires in these low offstage positions.

The 11 x DL4S are in a line across an upstage truss, used extensively for moody, sinister back lighting.

There are other lights in the show, but the Robes feature most prominently and were all picked for their power, flexibility and creative options. 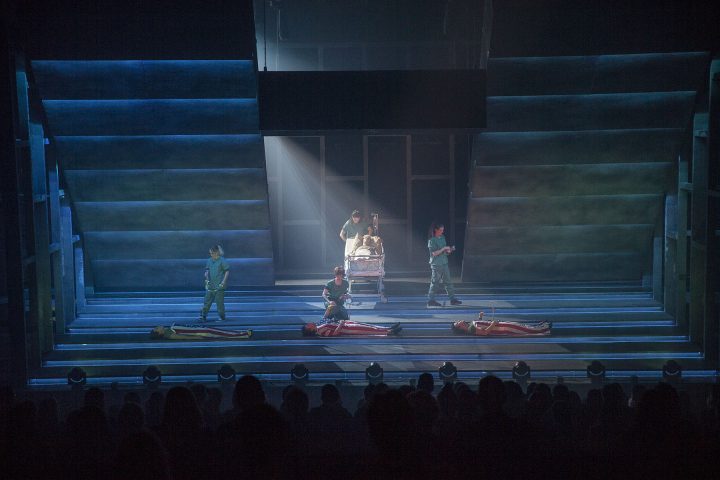 The multi-genre performance embraces theatre, drama, melodrama, rock ‘n’ roll and black comedy all to the pumping sounds of Green Day’s seminal 2004 album. Right from the anarchy of opener ‘American Idiot’, the energy keeps flowing with only a few pauses for breath in 90 minutes of hard driving rhythmic attitude.

The 7 colour mixing system of the DL7S offered the massive scope Benjamin and Sune needed on the colours that were vital in imagining the ambience of the piece. It’s not a pretty show and the few intimacies are bittersweet, so he uses an amalgam of dirty muddy idiosyncratic hues and shades that capture the grimmer moods perfectly.

To contrast, there are also plenty of pastels and saturates, all detailed and precise which, with some intense programming, was all very achievable with the DLs.

The DL7S and DL4S shutters are also constantly used for shaping and directing the light with great precision, especially during the very theatrical moments.

The overall idea was that the lighting matched the ‘monumental’ scale of the set, its huge moves and the resulting BIG environmental changes provided by these imposing scenic elements.

The ‘slabs’ and the stepped stage below it – with which the three set flats ingeniously ‘mate’ – also contain hundreds of inbuilt LED strips which are wireless and battery operated in the three slabs.

The DL4S’s high upstage are used a lot to provide a concealed lightsource and shafts poking threateningly through the slits when the flats are hanging fully vertical. 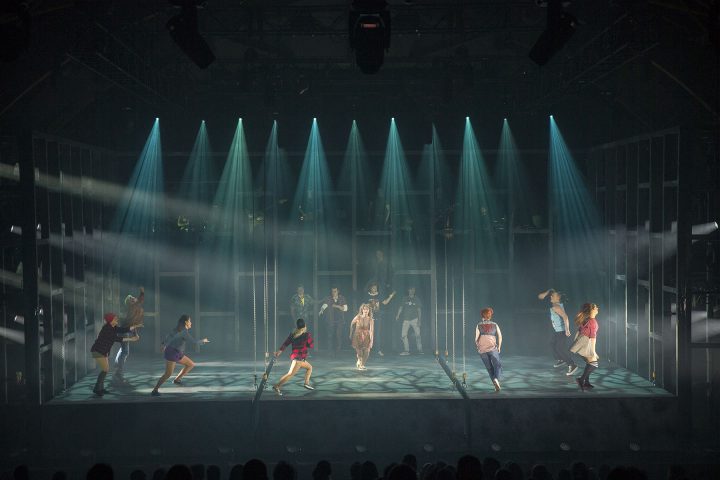 The visuality of the stage ‘box’ is completed with a live band positioned high up and offset at the back in direct line of sight to the audience. Expedient on space this also has a surprise element and they can be revealed or hidden via lighting and as needed.

There were many challenges installing this show into Den Grå Hal which is a listed building dating back to 1891 when it served as a riding school for the military, with the original – and spectacular – wooden frame superstructure intact.

However this also means limited weight loadings, and installing the set and lighting required some creative rigging – provided by Riggingworks Sweden from Stockholm, some technical ‘squeezing’ and the combination of a flown and ground supported metalwork infrastructure to spread the loads.

Working as a creative team has been a fantastic experience for both Sune and Benjamin.

When it came to the intense two week rehearsal and technical period in the venue they both had to be on site almost 24/7. However with some smart scheduling, with two working on the lighting design, they could even snatch a few hours of sleep here and there … in between the rehearsals, note taking and furious programming … for which Sune used one of his own grandMA2 light consoles.

In addition to controlling all the stage lighting and set LEDs, he is running the two travellators, which are DMX’d.

Sune and Benjamin come from totally contrasting backgrounds. Benjamin has a Fine Art in Theatre Design masters degree from New York University Tisch School of the Arts … while Sune’s lighting art and technical skills are self-taught.

This is however proving an extremely fertile combination that has brought a diversity of elements to the imaginative mix. In creating effects and moods, and capturing the spirit and emotions, these different approaches to lighting have fueled a rich and symbiotic creative result that lives and breathes the music and vibes of the show.

“It really was a perfect match and very exciting way to work … and I hope we will be engaging in more collaborations in the future,” concluded Sune.