German fibre network company BroaMan is pleased to report an “overwhelmingly successful launch” of its new Repeat8-NANO and Mux22-Intercom devices, which were introduced to distributors, broadcasters and the media at this year’s IBC 2017 in Amsterdam. 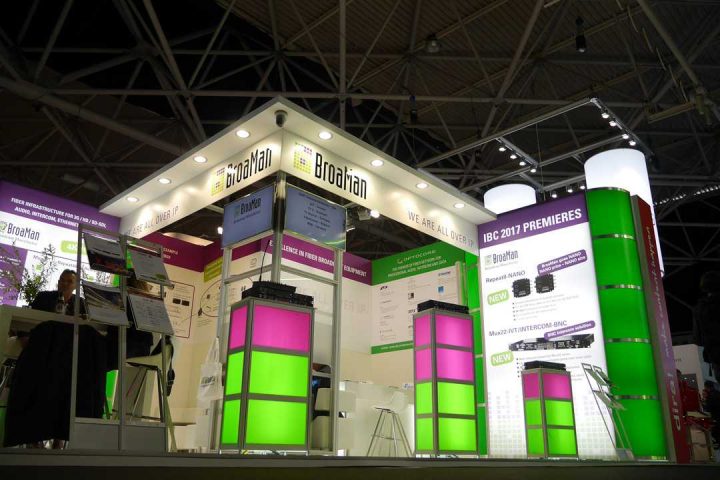 According to technical sales manager Maciek Janiszewski the response from customers in this sector could not have been more positive.

“Despite other similar products populating the market there remains a constant need for smaller interfaces, which we have identified – and one with the ability to handle 12G-SDI and 4K transmission for which this is perfect. We have reduced the channel count and size from the original Repeat48, but have maintained the same highest quality.” 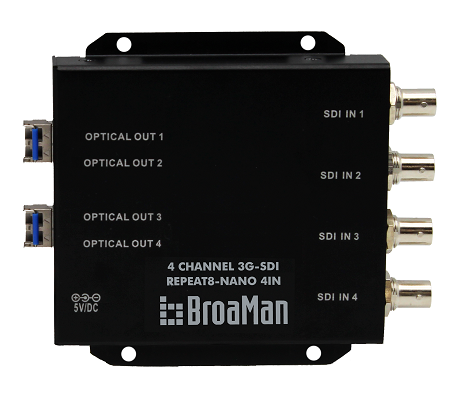 BroaMan MD Tine Helmle, added: “At the same time the price/performance ratio is amazing, and at the same time we have managed to move the larger Repeat48 and Repeat48WDM to a much lower price point. It is the cost-per-channel that is such a significant feature of this series – and that was certainly the most frequent comment we received at IBC.”