One of the most renowned live music venues in Denmark, and a popular stop-off for countless international touring acts, VEGA in Copenhagen incorporates three distinct performance spaces: Store VEGA, with a capacity of 1,550; Lille VEGA, with space for 500; and Ideal Bar Live, with a capacity of 250. As well as concerts, VEGA regularly provides a home for lectures, meetings, press conferences and other events. 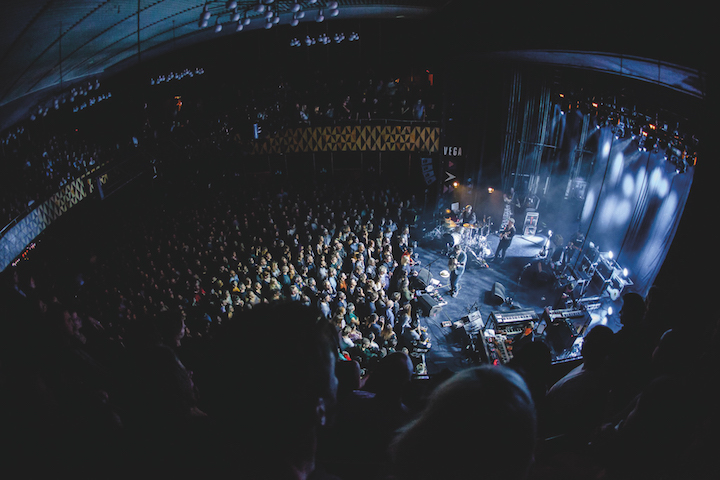 The venue has undertaken a number of upgrade projects in recent years, led by Head of Production, Anders Mortensen. The late 2016 overhaul of the loudspeaker systems in Store VEGA and Lille VEGA, however, was particularly significant. Intended to furnish both rooms with more responsive systems, capable of accommodating speech and a wide variety of live music genres, the upgrade was preceded by an assessment of three leading PA systems. Ultimately, the decision was made to continue a long-running association with the d&b audiotechnik brand that had seen the venue make extensive of its Q-Series system.

“We have been using d&b successfully for ten years, and after a process of consideration we realized that the latest generation d&b systems – including the V8s and V-GSUBs – were exactly what we required to meet our requirements in the future,” says Mortensen, who notes that VEGA recently celebrated its 20th anniversary.

In conjunction with this milestone, The Tuborg Foundation provided a donation that enabled the latest upgrade project to take place. Denmark’s d&b Distributor, Alfa Audio A/S, was enlisted to provide the new systems and install them. Work was carried out during October and November 2016 by a team featuring Alfa Audio Managing Director, Lars Baun Frederiksen.

“One of the most notable aspects of the installation was the move from the 2-way Q-Series cabinets to the 3-way V8s. The result is increased headroom, with the improvement in the vocals being particularly noticeable. The extended LF pattern control in the V really does help the vocals sit on top of the mix,” says Frederiksen.

In the large room, the new design is based around four V8s per side, along with four V8s in a mono configuration for balcony. A high performance cardioid subwoofer powered by a single amplifier channel, the V-GSUB houses two long excursion neodymium drivers: an 18” driver in a bass-reflex design facing to the front, and a 12” driver in a two chamber bandpass design radiating to the rear. 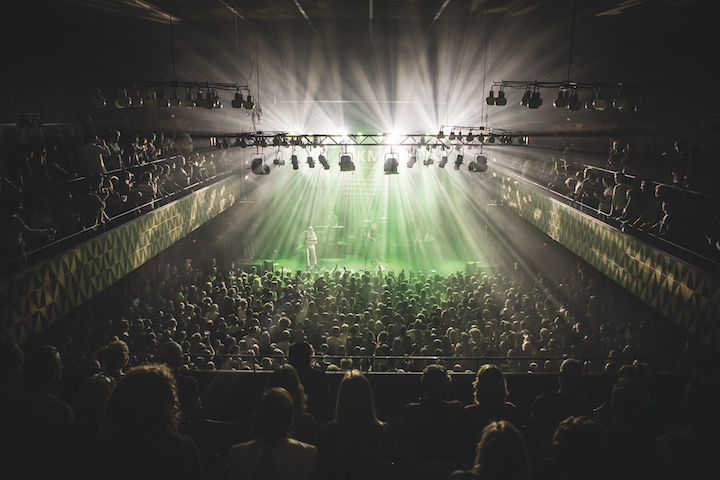 The core system is accompanied by four 10S and two 8S loudspeakers to provide infill at stage, under-balcony fill and balcony nearfill. The entire specification is powered by a quintet of D80 high power density amplifiers. Suitable for both mobile and installation environments, the 2RU, four channel units incorporate a LoadMatch function that enables the electrical compensation of loudspeaker cable properties – without the need for an additional conductor. The result is an increased accuracy of audio reproduction over a bandwidth of up to 20 kHz.

In the smaller space, a pair of V7P 3-way passive loudspeakers per side provide the primary reinforcement, while nearfill is courtesy of two 8S units. Once again, there is a sub array of five V-GSUBs, while the amplification section revolves around a single D80 and one D20. Alfa Audio has also provided four MAX2 monitors, which can be deployed to handle a host of onstage duties.

Since installation work was completed, the new systems have been put through their paces on more than fifty shows, including appearances by both national and international acts. Placebo, Seasick Steve, Craig David and Bat For Lashes are among those to have played acclaimed sets at the venue in recent months, with Mortensen noting that the response to the new equipment has been “extremely positive. We are delighted with the results and the improvement it has brought to the overall quality of audio. In particular, we notice that getting a good sound during the setup for each show is now considerably easier.”

The impressive results also validate the support of the Tuborg Foundation, which supports music related initiatives throughout Denmark. In a statement, the Foundation’s director, Anne Marie Skov, remarked: “Our focus is communities and the popular, and it is important for us that those we support are innovative and create joy for many. VEGA is a good example. In the beginning as the ‘People’s House’ and since 1996 as a venue with large Danish and international artists, [it has also] given room for the new and unusual. [The Foundation] congratulates VEGA on the anniversary and gives a donation that will ensure good sound into the future.”