Paul McCartney’s long-running One on One World Tour has added 21 dates in the US this summer and fall.  To help showcase the evolution of his music from the 1960s to today, a range of Claypaky fixtures are backing the performer, with his US leg kicking off in Miami in July and concluding in Detroit in October. 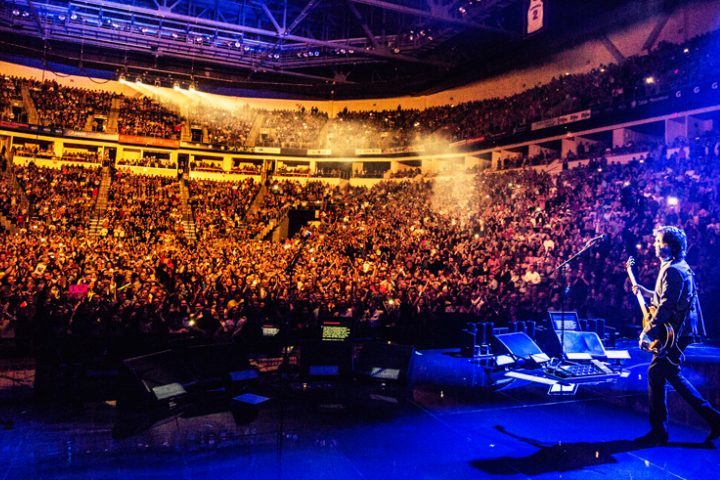 Lighting Designer LeRoy Bennett is tasked with highlighting “a vast array of musical styles over the decades” during the course of the three-hour show.  High-tech AV solutions, including layers of transparent video, LEDs and lasers, form a backdrop for the history of the former Beatle’s music but remain unobrustive to fans.  “While we use many aspects of technology you never see them all at once, and they are never overpowering,” notes Lighting Director Wally Lees.

Bennett has positioned the Scenius Unicos primarily on the upstage floor behind the band as big fill lights.  “We had been using a different light and wanted to change things out a bit,” he says.  “I’m really impressed by what Scenius Unico can do.  They have a lot of functionality and versatility – they’re a great lamp.” 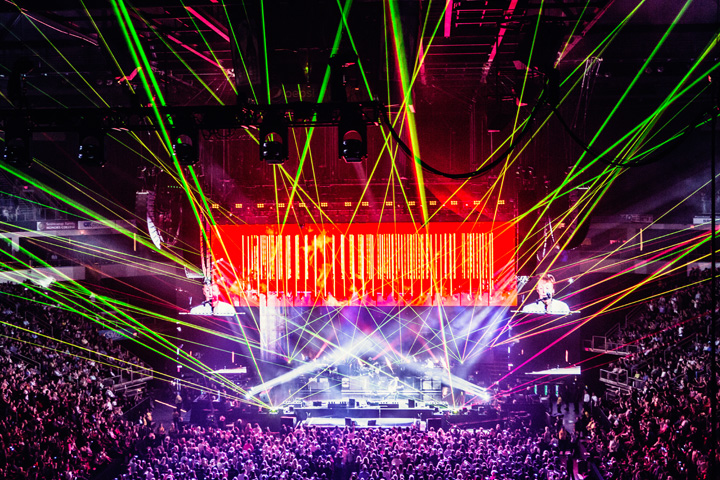 Bennett says Scenius Profiles are mounted in “key locations” to showcase McCartney at the piano and centre mic, for example.  “In addition to spots we have key lighting just to enhance Paul,” Lees explains.  “He is an icon and we want to highlight him, which can be hard with all that tech onstage.  We’re always looking for the best light, and I was blown away by a demo of Scenius Profile – its color temperature and flatness of field were amazing.  Then LeRoy saw it and loved it.”

The large complement of Sharpys “are all over the place doing what Sharpies do – tight beams, directional and quick,” Bennett notes.  “We have two very tight banks of Sharpys mid-stage and downstage that create a wall of light, give the effect of being in a room or look like jail bars.” 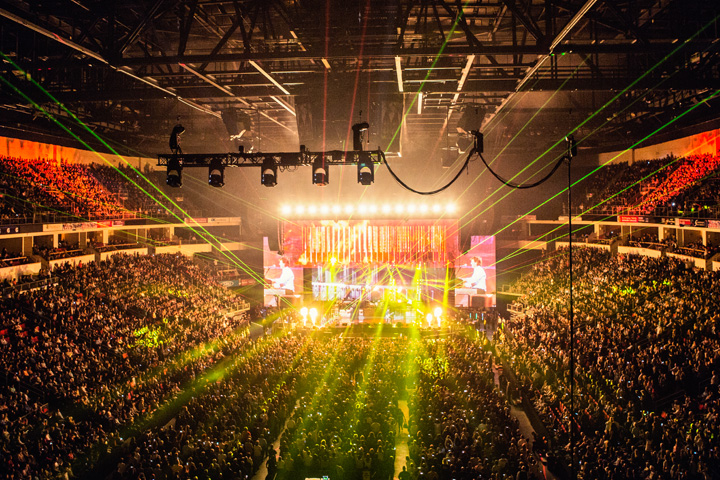 Bennett emphasizes that equipment choices are made based on “the best of what’s out there.  The lamp choice, the gear choice – we want the best of the best.  That’s why we’ve chosen these products for Paul’s show.  It’s a complex system; there’s a lot of gear all over the stage.  But everything is working great.”

A.C.T Lighting is the exclusive distributor of Claypaky products in North America.

Francesco Romagnoli, Claypaky Area Manager for North and Latin America, added, “It’s once again gratifying to be a part of this high profile show.   Our congratulations go out to Mr. Bennett and Lees on an excellent job!”