1, 2 or 3, the legendary children’s quiz show from ZDF, is celebrating 40 years on the air and 1,000 episodes with a 150-minute prime time show from the MMC Studios in Cologne. Moderated by Steven Gätjen and Elton, prominent guests included actress Stephanie Stumph, comedian Bülent Ceylan and singer Mark Foster. Günther Jauch, who presents Who Wants To Be A Millionaire, also made an appearance and superstar Helene Fischer appeared on stage. 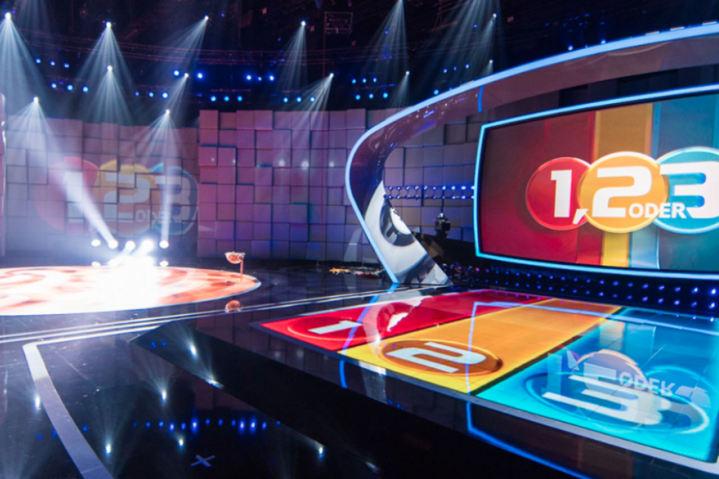 For the lighting design of this special anniversary show, MBTV, the production company for ZDF, awarded the design work to mo2 design, run by lighting designer, Manfred “Ollie” Olma. Olma is one of the long-time users of GLP fixtures, and on this occasion he also made the most of it — specifying more than 100 impression X4 atom, as well as 92 GT-1 hybrids and 60 impression X4.

“We arranged the atoms in two rows, next to and underneath the Videowall. Together with the performing area in front, this Videowall is a central part of the show and it was accentuated by the atoms. The idea came up because we originally decided to use the compact atom only as an effect light — however, due to the rich output, the 30 Watt LED engine and the zoom, these lamps are actually great all-rounders,” says Manfred “Ollie” Olma, speaking of one aspect of his show design. 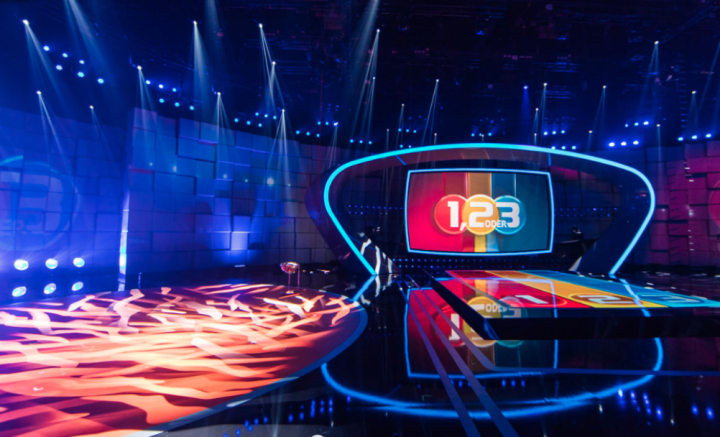 Matthias Allhoff, who is responsible for planning at mo2 design, also makes an important point about these LED spots: “The highlight of these fixtures is the connectors which make it possible to link large quantities very quickly, without problem, and maintain visual harmony. This makes these small lamps very flexible.”

In fact they are so flexible and universal that Manfred “Ollie” Olma says this will not be the last time he will be using these lights.

“On the contrary, my head is full of ideas, as to what can still be achieved with these lights.” One can only speculate as to what will come next.

As for the GT-1 hybrids Olma used these mainly in the show performance to achieve a basic look — mainly using the Beams as effect lights to accentuate his lighting design. The impression X4, on the other hand, was mainly used as a “work horse” for audience light, bathing the guests at the TV recording in a rich colour palette.

Technical equipment for the production was provided by the Cologne-based MLS magic light + sound.