Known throughout the Tokyo metro area for supporting its first-run feature showings with superior audio quality, The Tachikawa Cinema Two is the largest screening room in the multi-theatre complex. Visitors know immediately that an extraordinary sonic experience awaits them, with the introduction of new twin arrays of Meyer Sound LEOPARD™ line array loudspeakers for the left and right channels are in full view beside the screen.

The improvement has been noted by audiences, and in the box office receipts. 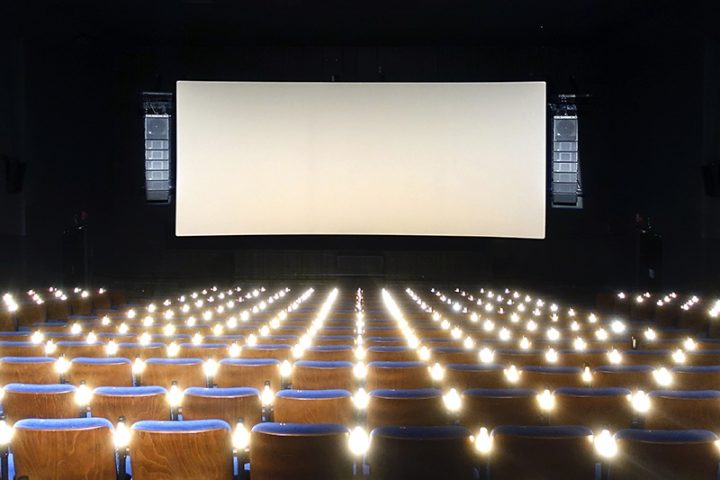 “We have gained a reputation for sonic realism beyond that which can be heard in other theatres,” states Takeshi Toyama, head of the planning office at Tachikawa Cinema City. “Our audience numbers were up 30% in 2015 over the previous year, and in 2016 the numbers extended even further. Of course, this is not due only to improving sound quality, but we have no doubt that the Meyer Sound system has proven its ability to add depth and subtlety to the cinema experience.”

“Our goal in choosing a LEOPARD system was to exceed the ordinary level of cinema sound,” emphasizes Mr. Toyama. “We designed our sound system to precisely and faithfully reproduce the sound as recorded on the mixing stage.”

The visibly dominating LEOPARD arrays were a particular sensation during a recent re-screening of Mad Max: Fury Road, which features a scene with the heavily speaker-laden “Doof Wagon” roaring across the desert to the accompaniment of aggressive rock music. “It was a huge success,” recalls Mr. Toyama. “Fans were taking pictures of LEOPARD and 1100-LFC and uploading them to Twitter and Instagram.”

The new system was a staged installation, with the 1100-LFC elements arriving in 2015, the LEOPARD arrays installed in 2016, and the new HMS-12 surrounds completing the project.

Theater 1, the largest auditorium in the Cinema Two complex, seats 382 and also features a Sony SRX-R320 digital cinema projector and a 4.45 m x 10.5 m silver screen. Prior to the renovation, the audio system was anchored by Meyer Sound MTS-4A main loudspeakers supported by 650-P subwoofers and UPJ-1P VariO™ loudspeakers as surrounds.

The original Cinema City complex was opened in Tachikawa in 1994, with Cinema Two opening nearby the following decade. Cinema Two houses five theatres with a total seating capacity of 1,245.