Staged at the Abu Dhabi National Theatre and organised by the UAE’s Ministry of Culture and Knowledge Department, The Islamic Art Awards is a poetry, calligraphy and ornamentation competition, open to local and non-local poets from within and outside the UAE expressing themselves in classical and Nabati verse. The awards is widely recognised as one of the most important Islamic Art events worldwide. 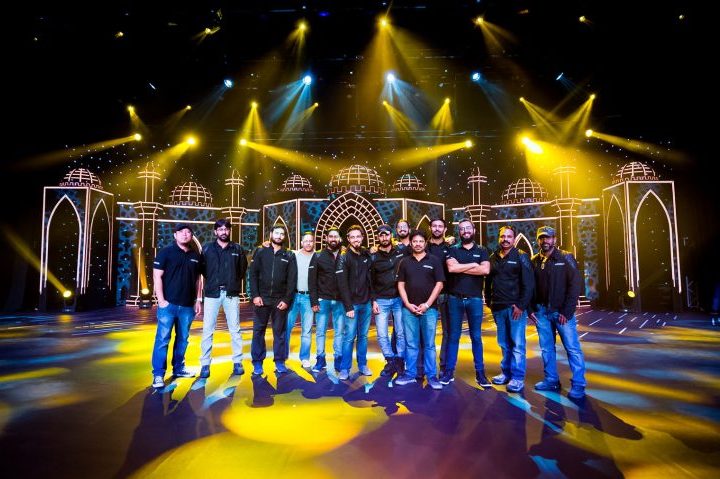 Lighthouse Productions (LHP) from Dubai created a unique visual design for the event, with a team led by Terry Miranda. When it came to lighting, he and Adrian Guzman specified 80 x Robe luminaires to be right at the centre of the aesthetic.

LHP has successfully been awarded the contract to deliver the event for the last 11 years, chosen for their understanding and appreciation of Islamic art, design and history, parameters which have been evident in all the different designs throughout the years.

This year the visual theme was based around schematics. The team extensively researched classical and modern drawings, calligraphy and graphics, and assessed how they could present this physically in a stage design, also making an emotional connection between a place of worship and its architecture. The idea was that by removing the actual walls of a building and leaving an outline – theoretical or metaphorical – they could emphasise the importance of the human element in any given space.

Lighting was absolutely fundamental to the design. Following through the notion of schematic drawings, the set – a skyline of elegant arched buildings and towers – was completely outlined in LED strips, with projection surfaces created and filled with ‘sketch’ content, all of which could be transformed with shifts in colour and images. The stage in front was treated with gobos. The idea of having a constantly morphing background was new to an Islamic Art event. 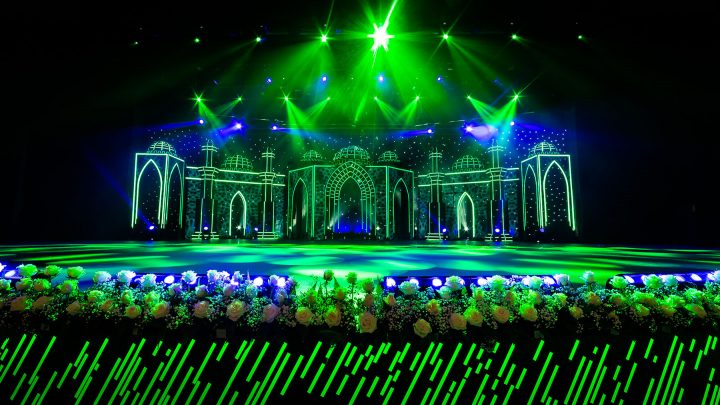 Terry, Adrian and the LHP team are very familiar with the National Theatre venue, so one of their main challenges this year was lighting the event for a 360 degree video recording and VR viewing, which required lots of specifics and plenty of testing beforehand.

LHP drew on their expertise to ascertain how much and what qualities of lighting would work best with the 360 camera, how light was absorbed by it and how this was then displayed in the VR environment. As 360 degree cameras aren’t currently optimised for low light and event / show style lighting they wanted to ensure that the quality of the VR video matched their own award winning high standards.

The resulting short film cut can be viewed via a VR device or a tablet giving a 360 degree experience of the setup and running of the event while seated 10 rows behind the Royal / VIP enclosure.

Upstage, ten CycFX 8 LED battens were positioned on the floor to add ambiance at the back, together with six MMX WashBeams. Downstage another twelve CycFX 8s and six 300E Beams were combined with six LEDWash 1200s positioned on the front of the balcony.

The MMX WashBeams were used extensively throughout the show for wash and beam effects and for gobo work – all the tasks that make them a working favourite at LHP.

The Pointes were used for strong punchy beams and gobo effects, while the CycFX 8s provided back-lighting upstage of the set and front illumination from the stage skirt area. The 300E Beams gave additional beam support and 16 x PARFect 100s proved ideal for back lighting the performers.

The LEDWash 1200s were the default stage wash lights coming in from front and sides. 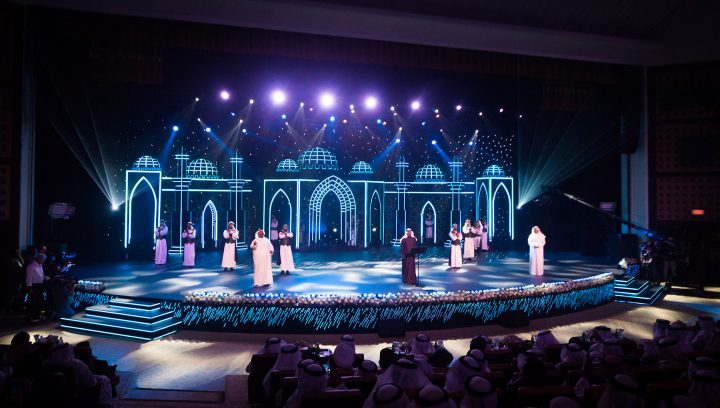 LHP is a long term Robe user, and most of the lights used on this event have been a design-led purchase right from the start. They have all been chosen for their versatility and multi-purpose potential which makes them ideal for the wide range of LHP events for which they provide turnkey design and technical production packages.

The Robe rig brought “texture and enhanced the space during the performances, highlighting the artists and punching through with beam looks and gobos as required,” explained Terry, who also added two 7 Watt RGBW lasers flanking the stage to frame the set with alternative beam and pattern treatments.

The project was hugely enjoyable in terms of producing a creative lighting design, and also the opportunity for the LHP team to take it from conception to completion, getting back their 2004 roots when the company was formed as a fresh, innovative lighting practice. Over the years the ideas have kept flowing and the visual disciplines involved have expanded to embrace video, sets and scenic, automation audio and rigging.

Lighting for the 2017 Islamic Art Awards project including all the LED strips and Robe moving lights … were programmed and run via a Jands L5 console which also ran video content from an AI media server.

The show was directed by Obaid Ali and was another major success for the Ministry of Culture and LHP.