Club Nomadic is a club without a home. Instead, it is a traveling venue, one which is constructed each year to support the build-up to the Super Bowl. This year, Nomadic Entertainment Group, a subsidiary of the NFL’s hospitality partner On Location Experiences, assembled the club in Houston, home to Super Bowl LI.

Elation Professional stage and decorative lighting was used to dress the club in color and effect for a series of pre-Super Bowl events with Elation’s new IP65-rated Proteus™ moving heads used outside to beckon visitors to the venue. 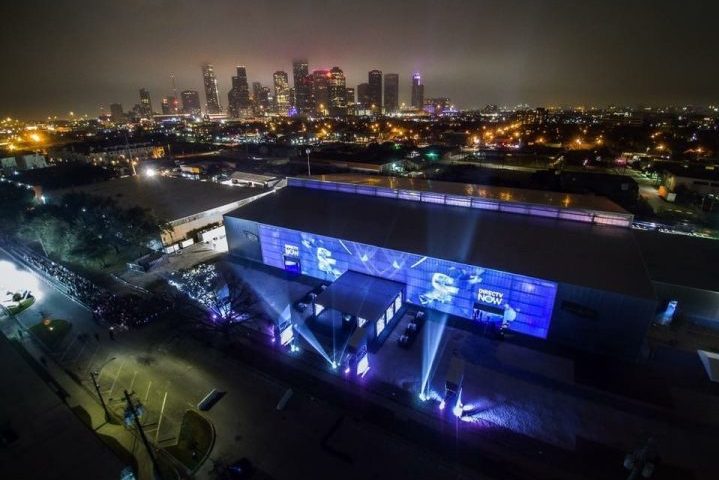 Construction of the 62,500 square foot pop-up venue began on November 28th, 2016 with the live event space opening its doors on February 2nd for a series of events that included VIP performances by Bruno Mars, The Chainsmokers, Snoop Dog, Sam Hunt and Taylor Swift. For those looking to have a good time in the city ahead of the big game, the temporary venue offered all the amenities you would expect from a top install like world-class lighting and sound and a professional performance stage, not to mention tiered mezzanines where many of the 9,000 music and football fans could oversee the excitement.

When you see an artist in a venue as special as Club Nomadic, the venue itself is energizing and forms the foundation of a memorable experience. The overall creative and architectural design for the event was led by Nomadic Entertainment’s Joanna Helinurm with executive production by Jack Murphy, who also serves as president of Nomadic Entertainment Group. Industry veteran Patrick Dierson of production and design firm The Activity served as Production Designer and he and his team worked in conjunction with Nomadic Entertainment to help produce everything from the site plan layout all the way through to final production execution within the venue. The Activity team dealt with everything from site coordination and scenic art direction to credentialing and overall production supervision among other tasks.

The first event of the week was for co-sponsorship partner EA Sports for their inaugural “EA Sports Bowl” which was followed each night of Super Bowl weekend by other co-sponsorship events, namely Pepsi’s “Life Water Art After Dark” and DirecTV’s “Super Saturday Night” events. The Chainsmokers, Sam Hunt, Snoop dog and Bruno Mars played shows the first two nights with Taylor Swift closing the venue down on February 4th.

Production Designer Dierson says that the Pepsi design team had approached The Activity with the request of wanting a “Hollywood searchlight effect” for the event, something Dierson already had on his radar. “What we had been struggling with at the time was the choice of unit that would be appropriate for the task,” he says. “We had remembered being extremely impressed with seeing the Proteus units at LDI several months earlier and had begun the process of enquiring whether or not the production models would be available in time for this project; our main edict being that we were truly in need of an IP65 rated fixture that could handle the inevitable downpours that were to be expected in Houston during our event’s timeframe. Thankfully, Elation came to our rescue with the Proteus Beams.” 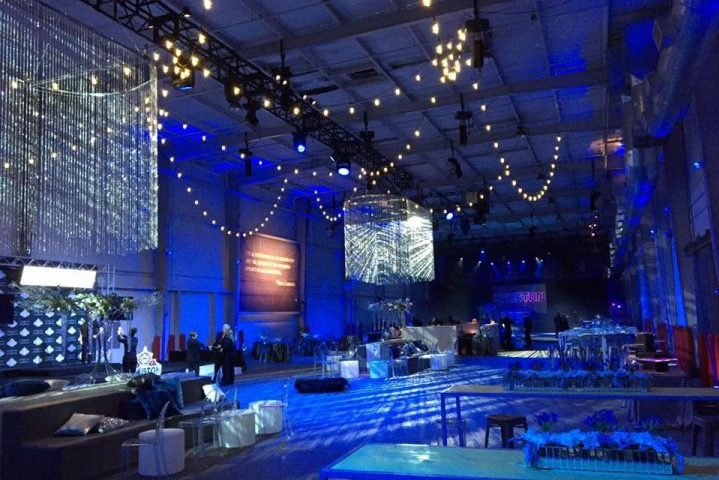 There was a directive from all of the co-sponsors that emphasized a dramatic visual for Club Nomadic’s entryway, Dierson explains. “It was a unanimous decision that the reaction of every member of the general admission audience as they approached the site should be one of excitement and awe upon seeing the venue itself. That led to several visual elements being put in place such as projection mapping the structure’s facade as well as adding projection and LED screen elements to the entryways. However, the team collectively felt that we wanted to be able to make a visual statement that could be seen from miles around to start that level of excitement in our attendees well in advance of their arrival onsite.”

A high-performance discharge lamp source solution designed to excel under any weather condition, Proteus marks Elation’s entry into the IP65-rated moving light market. The Proteus Beam produces a bright and precise 2-degree beam and a dozen of the units were ultimately placed on the deck around the exterior projector stacks to form multiple clusters of sky tracking effects. “We knew that there were other beam and hybrid fixtures on the market that could produce the effect,” Dierson says, “but none would be able to be trusted out in the elements without specific environmental covering. Our preference was to have a unit that wouldn’t require an enclosure while still giving us the lumen output that we were after to compete with what would have otherwise been a xenon source fixture. The Proteus most certainly did not disappoint.”

What is worth noting is the fact that the city of Houston had a large-scale xenon-based light show running each night from the centre of downtown Houston. Dierson comments, “What we weren’t prepared for was the fact that the Proteus’ beams were competing quite heavily with the lights cast over the city’s skyline. Even more impressive was the fact that Proteus’ rotating gobos were completely visible as their beams dominated the night sky.”