Lighting is used across all of Eastside Christian Church’s three Southern California campuses, to help congregants take a respite from their hectic life, and to open up to new possibilities. As explains Cameron Bentley, Eastside’s Production Engineer and Lighting Director, “The lighting helps create the atmosphere to allow people to let their guard down and relax. Our hope is that the lighting, the band, and the sound will then fade away and what’s left is the message of God.”

All three of the campuses that Eastside Christian Church operates across the region use dynamic Elation Professional lighting systems to enhance the weekend worship experience. “We use lighting not only for practical reasons, but also as a creative element of the service,” says Cameron, who has served in the church as a technician since the age of 12 and played a large part in developing the lighting, video and audio system. “The production is important. It helps people realize that church doesn’t have to be a boring place.” 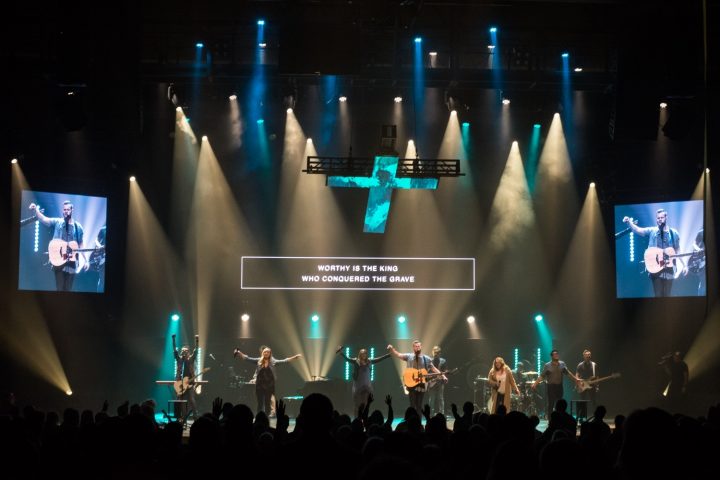 After a period of fast growth, Eastside moved to their main campus in Anaheim in 2012, a broadcast campus with a 2100-seat Auditorium and 500-seat Student Centre. In the Auditorium is an Elation rig of LED lights that was recently upgraded with Elation Platinum FLX™ hybrid moving heads, a fixture Cameron and church Technical Director Korry Ashton had their eye on after seeing another Elation hybrid light at a famous local attraction. “After seeing Disneyland Forever and the rig of Elation Platinum SBXs and the flexibility they provided, I knew I wanted them but we needed color mixing,” Cameron explains.

The FLX however had just become available. Using the same dual optical design as Elation’s Platinum SBX, the multi-functional FLX is a flexible spot/beam/wash with full CMY color mixing. “When I program I don’t like fixtures that can only do one thing and the FLX has everything we need,” he says. “They’re an amazing fixture and the flexibility when programming is a level up.” Cameron added 14 of the units to the rig. 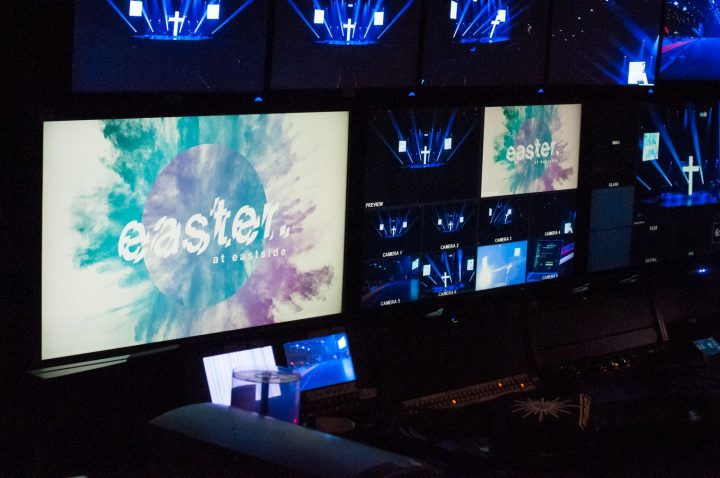 For the recent Easter weekend, the FLX units were used along with high-speed Rayzor Q12 Zoom™ LED wash luminaires and SixBar 1000™ LED battens to visually punctuate the special service. Cameron says he used the FLX fixtures to build big movement across the space, large sweeping looks instead of small effects. One of his favorite looks is to use the fixture’s pinspot gobo with the 8-facet prism and then zoom out for a spinning ray-of-light effect.

The SixBar battens are often used to create impactful walk-in looks and the Rayzors are fixtures that Cameron says have given no trouble in the two years they’ve had them. Also available at the Anaheim campus are Elation Cuepix™ series strips, blinders and battens with a rig of Satura Spot CMY Pros, Rayzor Q12 Zooms, WW Profiles, Cuepix Strips and Colour Pendants at their disposal in the Anaheim Student Center. 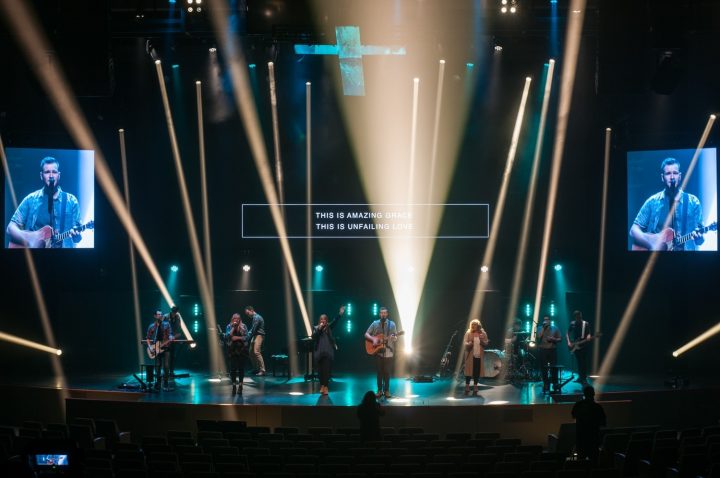 For message continuity and branding purposes, Eastside uses a style guide that they extend to all of their campuses, something that dynamic lighting plays a key role in. “Elation fixtures are used in every single event we put on be it our main weekend service to student ministries to memorial services,” Cameron says. “Having lighting that plays a major part of creating those dynamics is a critical piece to the worship service.” A fourth campus, Eastside Bellflower, is scheduled to open in September.

Eastside purchased their Elation products through Visions Lighting (now part of 4Wall Entertainment) and installed the gear themselves. “We have a great relationship with Todd Roberts at Visions Lighting and he highly recommended Elation,” Cameron concludes. “Elation provides the most bang for the buck by providing amazing fixtures with the features we need plus amazing customer service.”