With just a week to go before it was due to begin touring, LD Matt Guminski was called in to design lighting for American pop singer-songwriter JoJo’s 2017 Mad Love Tour. Matt turned to Elation Professional moving heads and effect lights to light the re-emerging pop-star’s show, which began touring in February, in support of JoJo’s Mad Love album. Released last October – it is her first album release since the mid 2000’s – and JoJo is selling out 900-1800 capacity venues at nearly every stop and is clearly on her way back to top star status after charting in 2004 as a 13-year old. 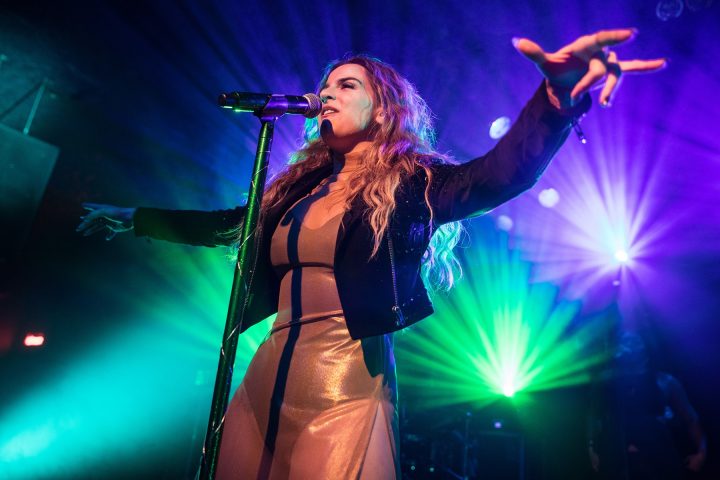 His first time working with JoJo, Matt felt an immediate bond with the artist, who grew up in Boston near where he calls home, and took the short lead time in stride. Matt acts as lighting designer and operator on tour (he programmed the show on the road) and often handles lighting crew duties as well. To light the artist’s R&B-inspired rhythms he uses a rig of 12 Elation ACL 360i™ compact LED beam effects, 6 Elation ZW19™ LED moving heads, and 8 Elation Cuepix WW2™ white light LED blinders along with hybrid moving heads.

Having used the Elation ACL 360 Bar™ LED batten on a tour last fall, Matt says he loved it enough to delve further into the Elation ACL series. For the Mad Love tour he chose to use the ACL 360i, a powerful RGBW beam fixture with continuous 360-degree movement. “They are fast, have good color mixing and fill the space beautifully,” he says, explaining that he uses them for accent lighting and eye-candy looks. “I texture the air around the band and the artist and use them for cool, unique ACL looks. I also use them as a backlight and run pixel map effects across them.” Configured on four risers across the back – three on each truss – the fixture’s narrow beam is powerful enough to punch through the other lighting on the show. “They give a rock vibe in a pop world and are bright!” he says. “I’m really happy with them.” 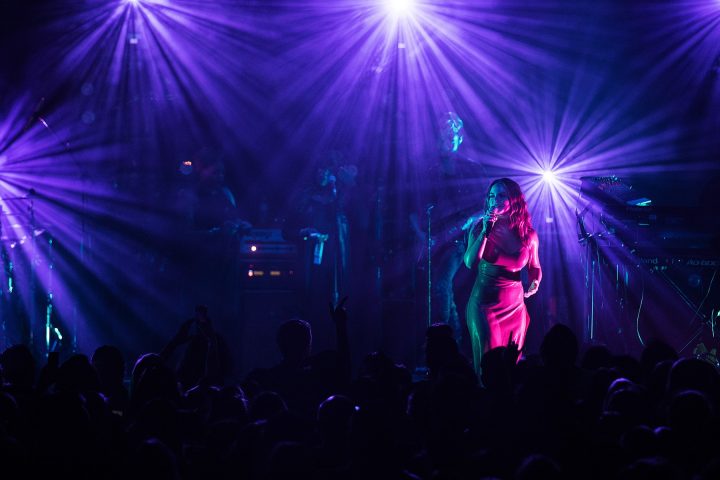 Besides the ACL 360i fixtures, the four backline risers hold a pair of Cuepix blinders and are topped with a hybrid moving head. Matt has used Elation’s LED-based Cuepix blinders before and praises their nice dimming curve and color shift. “I love to use them for pops of tungsten,” he says, adding that he also pixel maps them. “They are compact and lightweight and you don’t need to carry dimming, which is great when size and weight is an issue on a trailer tour like this one.”

Three ZW19 LED beam/wash effects work from each side of the stage as cross light and shin light and Matt, who has a background in theatre, loves the big theatrical aesthetics he can get from them. “They’re bright and really cut through. I have them working with the moving head lights to create some dramatic looks.” He says that sometimes, for a special dramatic effect, he will just have the side light on without any other lighting. 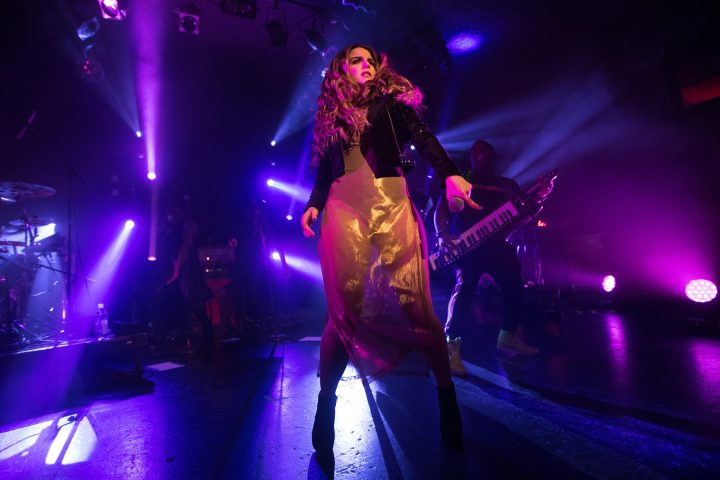 The Elation lights are being supplied for the tour by Christie Lites out of Seattle. His first time using Christie as a vendor, Matt says they have been great and the fact that they have multiple locations across North America has been an advantage. The JoJo Mad Love tour has been out for over a month and Matt says he hasn’t needed to touch a spare fixture yet. “The Elation gear is handling well. I definitely will be using them again.”

JoJo performed in various singing competitions as a child, and after competing on the television show America’s Most Talented Kids in 2003, released her eponymous titled debut album in 2004. Her Mad Love tour is playing dates across North America into May.