Prolight & Sound Guangzhou is one of the most important shows within the the Asian market, and the 2017 edition marks the event’s fifteenth birthday, making an even bigger impact than ever to the industry. 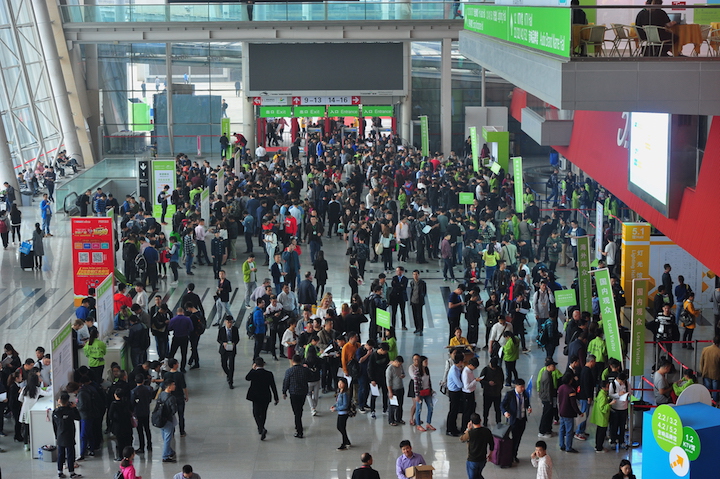 After almost three years our network attending exhibitions in the Far East (made possible thanks to the constructive collaboration with the Prolught & Sound Team in Hong Kong, to whom we express our sincere thanks), we have certainly began to better understand and decipher a market that still shows room for growth, but begins to display different connotations and a higher level of maturity than a few years ago.

The hugely populated Chinese public seem to have more defined ideas and timeframes, and as a direct result, companies are structured to provide segmented and specific solutions that the market, within distinct categories. Although the companies who simply output “copied products” onto the market still exist, they certainly do not hold the unqualified success of the past, and companies who have chosen an alternative route by choosing to produce a smaller amount of products but with a more organised and pragmatic approach, are overtaking in the market. With more and more determination, and economic resources, the Chinese public is now looking for quality products, reliant on an increased awareness and level of knowledge. It is this level of awareness that a fair such as Prolight & Sound Guangzhou has helped to provide, promoting seminars and training over the years to encourage and develop professional ideologies.

As evidence of this quality research and steady growth, a “Branded Audio” hall was launched in 2014, which plays home to those brands recognised as industry leaders in the international market. It is not only these brands that are further sought after by the public, but also Chinese companies that are advancing to align themselves into international business markets. 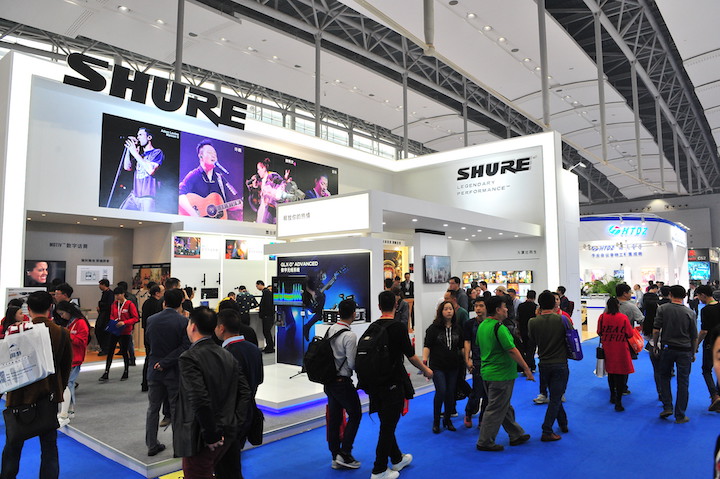 This year’s Prolight & Sound Guangzhou spread across 130,000m2, across 13 halls, with an expansion of the lighting zones, and a new area called “Theater K. Pub”.
Theater K. Pub could be considered a niche for the Chinese market, however with the numbers present, this is certainly an understatement. Although a market virtually unknown in Europe, Karaoke, or KTV as it is known here, is a huge success in China, with this zone reflecting the technology and solutions that are essential to this ever-growing trend.

Official figures show attendance numbers of 73,986 (an increase of 8.1% when compared to 2016’s 68.441) and 1,250 exhibitors (1,231 in 2016) from 26 countries and regions. These are impressive figures, but no singular guarantee of success on their own. From our point of view however, it is worth remarking that this 2017 edition presented itself differently to that of last year, with even more organisation, well segmented into thematic areas, and with a seemingly higher quality of visitor.

Guangzhou is considered to be the Chinese region with the highest concentration of audio and lighting manufacturers, with approximately 2,000 companies representing 70% of total exports to China, and a turnover amounting to 44.7 Billion RMB (just under 6 Billion Euros) in 2015, an increase of 2.8% compared to 2014.

It is true to say that Guangzhou shows even more desire to connect with the rest of the world, thanks to associations such as German Entertainment Technology Association (VPLT), ANAFIMA (National Association of Musical Instruments and Audio Manufacturers, Brazil) Japan Electronics Show Association, Taiwan Association of Theatre Technology, and Thai Hotels Association. The presence of these international entities had the dual purpose of promoting the business opportunities in their own countries by linking them to the Eastern market, and also to organise forums and training sessions involving their professionals to share market trends and technological innovations.

A language problem for international customers still remains, although this year, thanks to our Chinese interpreter on site, we were able to better communicate with the staff present on the stands, so as to achieve an even better understand the mentality and customs of organisations that often hold different ideals and practices to businesses in the Western markets. 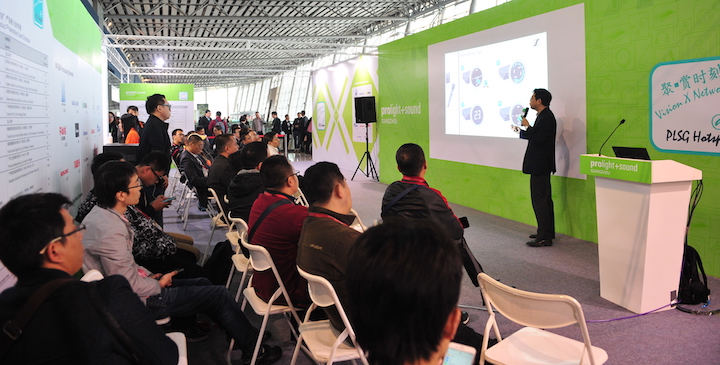 In the past three years, we have seen many radical changes in Guangzhou, and it is possible that this market is still not completely understood by the industry’s western counterparts. It could be argued that the rules and restrictions that Western companies are obliged to respect, especially numerous when compared to the relatively few followed by Eastern companies, limit our interactions and acceptance of the development of the market. Although great thought and care should be made as to how business is conducted between Western and Eastern markets, there certainly needs to be a move past the concepts of  “cheap labor and products” often associated with Chinese companies, and consideration into the possibilities of export – at least in our industry – that this part of the world has to offer.