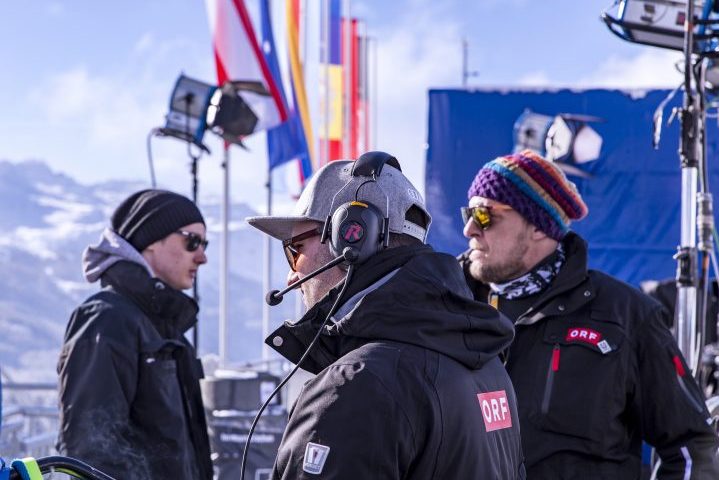 A team from Riedel Communications Switzerland AG planned, installed, and operated the radio network. Working with the Alpine World Ski Championships‘ local organising committee, the Riedel team designed a digital, redundant radio network that provided a base for reliable communications among 30 different user groups with full connection to the Riedel Artist intercom. Over 600 radios for timing, race management, security, logistics, and production were handed out to the local event organisation. A customised CCTV application allowed engineers to monitor the relay stations installed at St. Moritz simply and conveniently for optimal radio coverage.

“A holistic and reliable communications infrastructure is absolutely indispensable to the success of this event,” said Franco Giovanoli, CEO and Director of the FIS Alpine World Ski Championships. “With Riedel, we had an expert technology partner at our side that developed a comprehensive strategy for weaving together all of the complex threads of communication the event requires. Over the two weeks of the championship, we were able to guarantee a perfect — and above all, safe — experience for everyone, both on and off the slopes.” 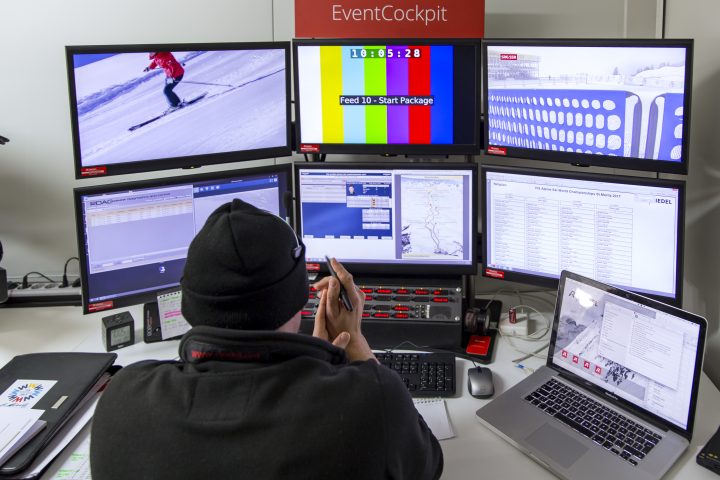 The elaborately produced images were captured by a total of 38 cameras installed along the course as well as at the start and finish areas. More than 40 kilometers of fiber-optic cables linked the international broadcasting center to production sites at Salastrains (runway and finish area) and the Kulmpark (award ceremonies and drawing of the number bibs). MediorNet also handled signal distribution for the live commentary as well as the stadium video presentations, allowing the TV and production feeds to be transmitted to LED walls in the finish area. Riedel’s SmartPanel control panel, together with its new control app and Riedel’s STX-200 professional Skype® interface, also supported the stadium TV presentation. 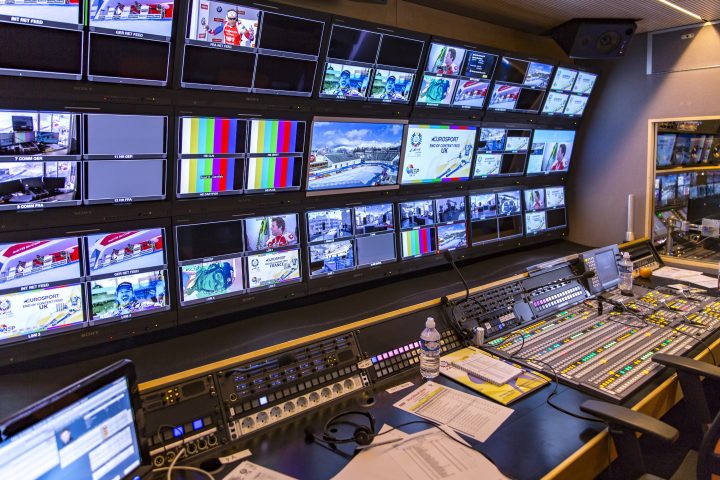 For intercom, a dozen Artist frames — for NEP, BR, ORF, and others — were used for the World Ski Cup, along with more than 200 panels. 40 of these panels were for event and organisation, such as the Medal Plaza, radio center, stadium TV, and timing. Police and paramedics in St. Moritz were also able to leverage the Artist network, connected via VoIP. Riedel Communications Switzerland AG created a specially designed event “cockpit” in which three Riedel team members monitored the event and communicated vital information, such as race shifts or delays, to other user groups.

“The FIS Alpine World Ski Championships in St. Moritz is one of the world’s most prestigious sports events, offering great live entertainment to spectators and home viewers alike. With our extensive radio network providing the backbone, and expanded by Artist and MediorNet, we were able to create an integrated communications infrastructure that ensured the success of the World Cup and heightened spectators’ experience,” said Roger Hess, General Manager, Riedel Communications Switzerland AG. “The St. Moritz ski championship is one more example of how Riedel has become the communications leader for international winter sports events.”