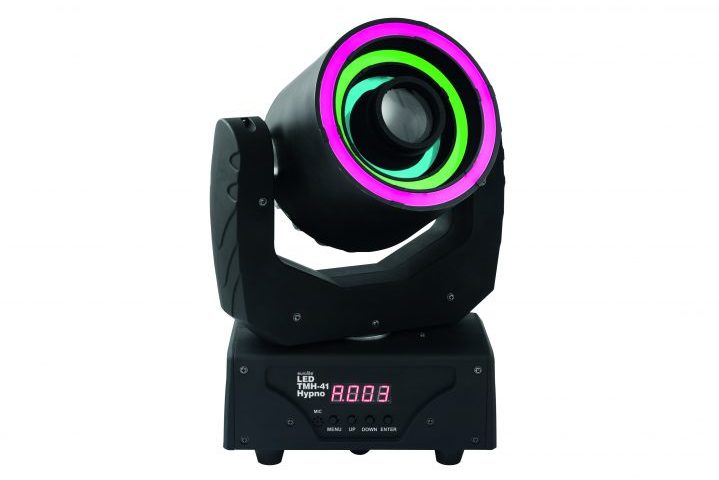 The name predicts the characteristics of these moving heads: LED rings, which are arranged around the lens, create hypnotising effects in bright colours, while a light beam comes out of their centre.

There are currently two versions of the Hypno, which, despite their similar looks, differ in their composition: The spot version is equipped with a powerful, white 30 W COB LED; which can be modified by using colour wheels and gobos. Around the lens, three LED rings with a total of 76 RGB SMD LEDs have been arranged. 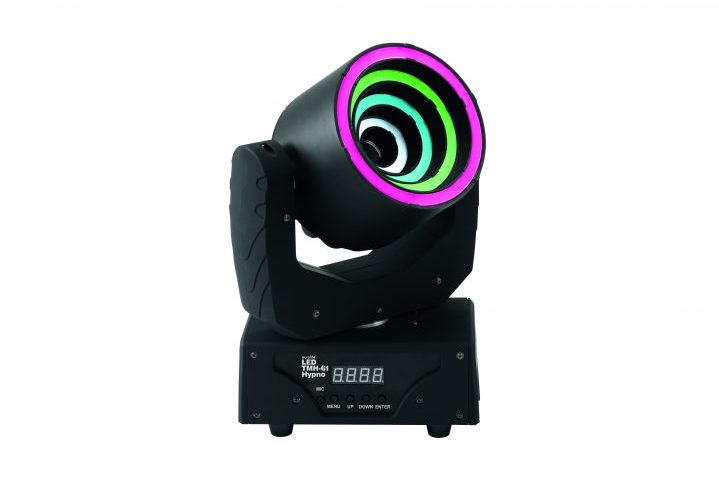 The second version features a 60 W COB LED in RGBW colours, which creates a vividly coloured beam. Around this, four LED rings with a total of 88 RGB SMD LEDs are at your disposal. You can control the LED rings completely individually on both devices. The moving heads can be controlled via DMX or operated in stand alone mode.

Despite their impressive effect and their assertive light power, the dimensions of the Hypnos are manageable: Both versions standing at only 35 cm in height, at a weight of just 5 kg. This makes them excellent for mobile use; meaning solo entertainers or smaller bands are well equipped with these devices. Even when installed in clubs, the Hypnos perform with impact and creativity.