Marking the 39th year of the show, this year’s PLASA Show was held at West London’s Olympia Halls, a venue which has hosted PLASA in previous years. Although this year’s show was notably smaller, occupying less than 50% of the floor space of last year’s show held at the ExCel Centre, organisers were keen to reinvent PLASA and restore the success that has seen a notable decline over the past few years.

Of course, we won’t know the full extent of the re-organisation’s success until the official figures are released, but the feel from the floor was certainly one of rejuvenation and restored confidence. The more enclosed space seemed to deliver a feeling of warmth and inclusion, something that may be conducive to an increased level of engagement. Although the venue could be criticised for not being the ideal space for the show, particularly for lighting companies considering the large amounts of ambient light within the venue, there seemed to be no impedance on companies’ ability to demonstrate their technology. Although the scale of displays were on the whole much smaller than at previous PLASA shows, and considerably smaller than those common at other important trade shows within the industry, companies did still pull out the stops to create interesting and inviting presentations for their potential customers and clients.

Winners of the 2016 PLASA Innovation Awards were:

The awards presentation culminated with the announcement of the winner of the prestigious Gottelier Award, which was won by Anne Valentino, Senior Controls Product Manager at ETC.

ZioGiorgio’s highlights from the show included a range or products, varying from the small, unsung heroes to the larger, more industry-famous products.

Firstly, we can’t fail to mention what many considered to be the star of the show, the SPIIDER moving head fixture from Robe. We usually worry when we see the phrase “Flower Effect” used in the context of professional lighting, however Robe really have though outside the box with this one. Utilising a 60W RGBW LED multichip in the centre, surrounded by 18 x 30W RGBW, the achieved effect is a WashBeam fixture that delivers something something truly unique. With a zoom from 4 – 48 degrees, the fixtures also delivers a virtual colour wheel, tungsten lamp emulation, individual pixel control, and in-built wireless DMX on request.

Secondly, we have the XND-4 from Swisson, a professional-quality 4-Port Ethernet DMX Node, aimed to bridge the gap between the cheap, unreliable products at the bottom of the the market, and the premium brands at the top. Featuring Art-Net to DMX, and individual optical isolation on all ports, it has an easy to use configuration system and works with universal power. Next up, the S31 from DiGiCo. Aimed at small scale touring bands/productions and houses of worship, the S31 is the latest console in the S Series, and despite its compact design it boasts three 10″ multi-touch touch screens, 31 faders and runs at 96kHz. The S31 builds upon the same flexibility as the previously released S21, with 24x Mic inputs and 12x line outputs on the rear of the console. Also look out for the dedicated stage box, which we’re told will soon be on the way… From Clay Paky, we have the PLASA Innovation Award Winning Scenius Profile. When speaking about Clay Paky’s new fixture, the judges said “this product’s innovation reaches from the lamp and reflector all the way through the optical path”. This is testament to the company’s focus on building a fixture with the absolute highest quality of light, of course in partnership with OSRAM’s R&D department. The Scenius Profile sits right at the top of Clay Paky’s moving head range, and features a specially designed reflector to ensure uniform across the entire beam opening.  With an advanced framing system consisting of four independent overlapping blades that create shapes of all sizes, the fixture is perfectly suited to theatres as well as a range of other performance types. And of course, we can’t mention Clay Paky without talking about OSRAM’s recently acquired company, ADB. Focussing specifically on innovation in theatrical stage lighting, the main point of interest from this new member of the family was their EURODIM Twin Tech Cabinet. Designed as a future-proof modular dimming unit, it can feature up to 32 power module slots for up to 128 channels. A Busbar with 32 HRC fuses provide individual module protection, and the whole system is monitored by state-of-the-art diagnostics and reporting functions. this can be synced with any iOS or Android device, to give handheld, wireless, and instantaneous alerts to any trips, component failures or irregularities within the system. From Chauvet, we have the Strike 1 and the Rogue R1-FX-B. Firstly, the Strike 1 is a 230 W warm white LED blinder, with IP65 rating for all-weather use. As well as 16-bit dimming, an emulated “amber shift” warms the colour temperature of the light as it dims. This enables the LED fixture to mimic traditional incandescent blinders. Secondly, the Rogue R1-FX-B is a five-beam moving head, featuring infinite rotation of both pan and tilt for its 5 individually controllable heads. These heads feature pixel mappable 15 W RGBW LEDs, giving the fixture a really varied range of applications. Thanks to the design of the body, units can be placed incredibly close together, to allow an almost continuous pixel mapping effect with multiple fixtures. 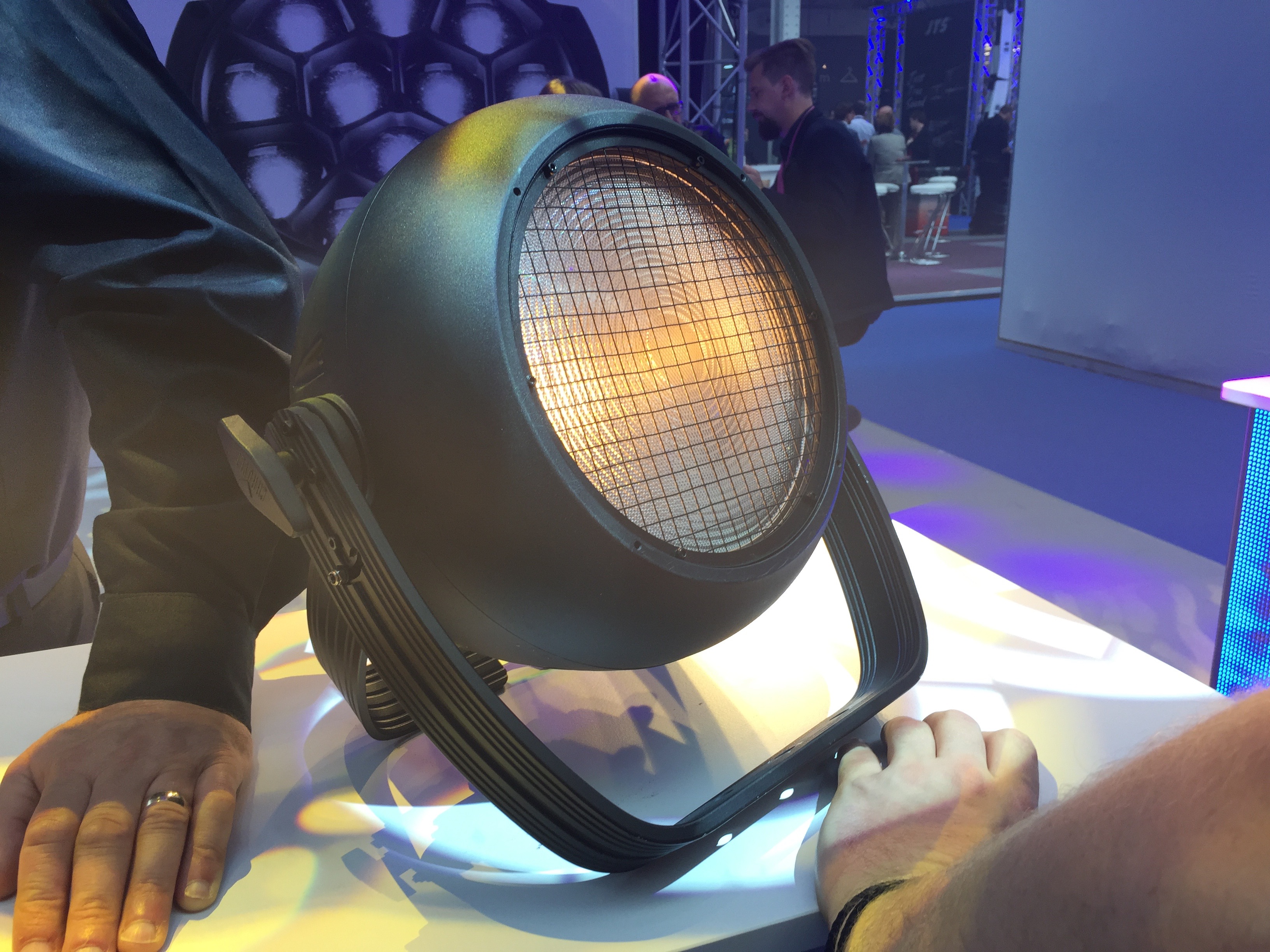 We wait to receive the official figures from the show to see whether or not the industry has appreciated the changes that PLASA has made in the organisation of this year’s show. One thing that is for certain, is that we will be back at Kensington Olympia for PLASA 2017, the dates of which have just been announced as 17th – 19th September 2017.