Several hundred pieces of GLP impression X4 LED moving lights were specified by LD Kasper Lange on behalf of the Danish Broadcasting Corporation for use at the 59th edition of the Eurovision Song Contest (ESC2014) in Copenhagen.

The venue for this year’s show was the spectacular B and W Hallerne at the Refshaleøen — a former ship’s wharf that has been transformed into a Eurovision Park.

Lange was supported by Danish rental company LiteCom and Production Resource Group (PRG) with the GLP fixtures themselves sourced from PRG’s inventory. These lights were selected by the LD for the impact they would create when suspended on eight long pieces of truss, with around 2m space in between — specifically deployed as audience effects lights. 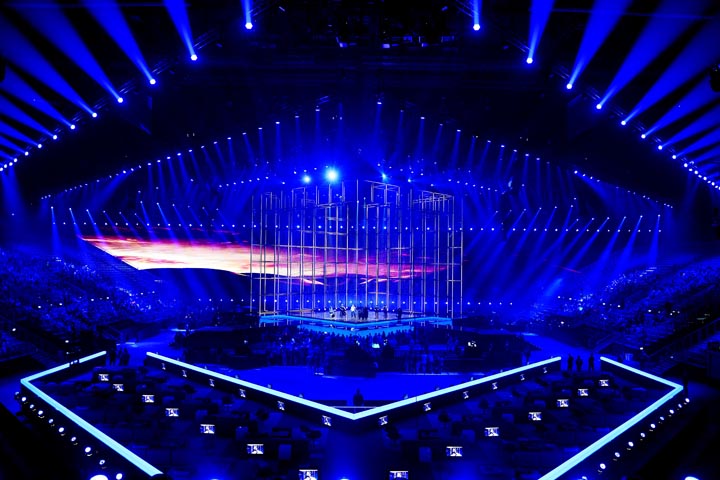 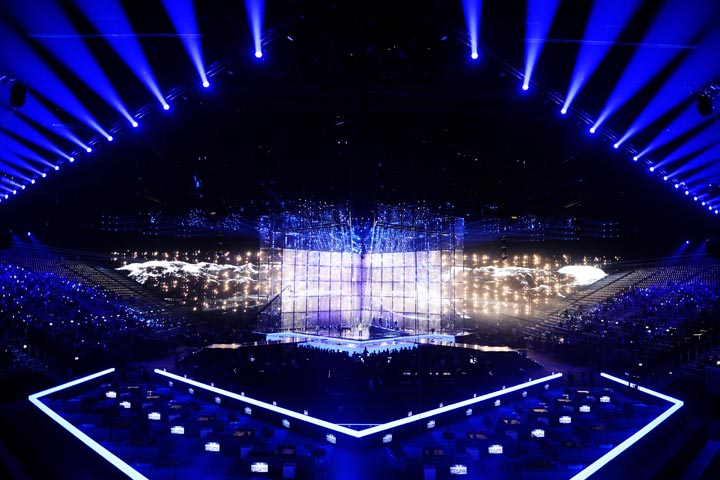 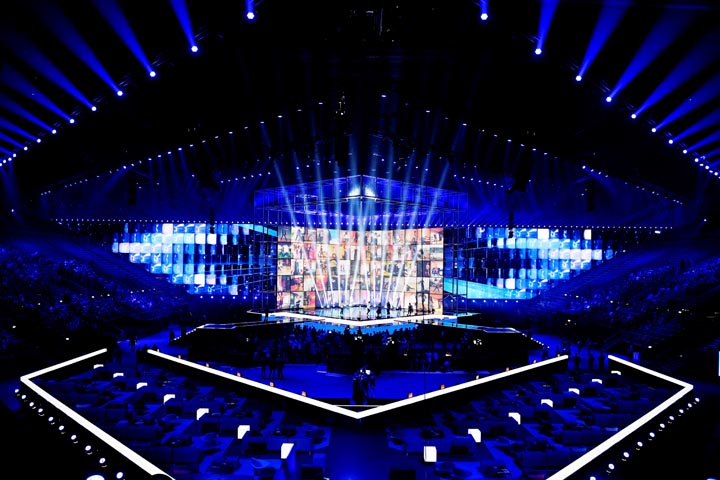 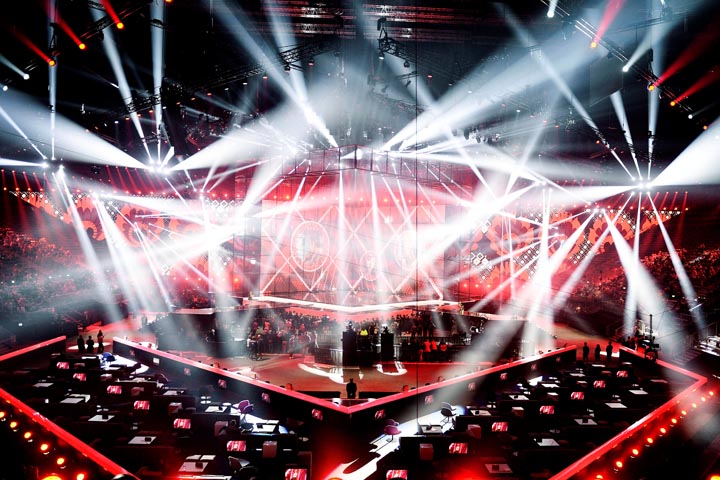 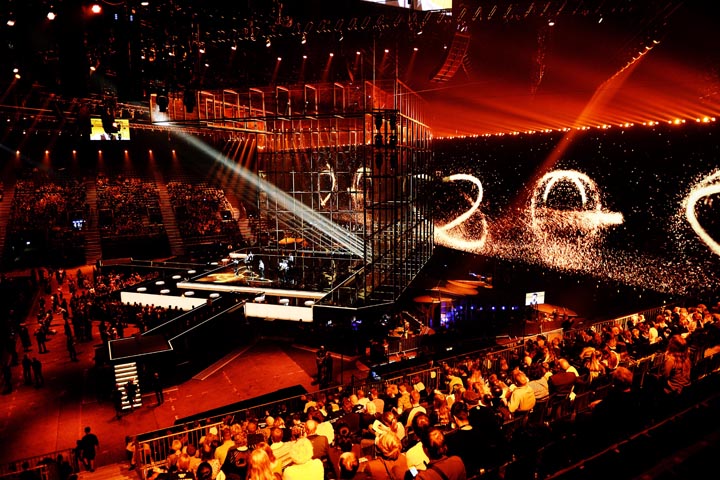 The impression X4 derives its high brightness from the 19 RGBW high output LED’s. In its slimline body, with no base unit, the fixture houses a 7°-50° zoom range, full colour mixing (from soft pastels to deep saturates) including CTC and customisable pixel patterns across its front face.

Commented Kasper Lange, “Right from the beginning I had been looking for a powerful RGBW LED wash for the audience light. I have been using GLP impressions for the past four years and am particularly impressed at the output, zoom and stability of the X4 fixtures.”

And LiteCom’s Balder Thorrud, agreed. “The X4’s made a very nice and effective light, offering good production values when used in large quantities. The zoom was used to create effect and the flood feature for the audience.”

The impression X4 also boasts a useful library of effects and all the cues were programmed at the desk by Timo Kauristo, Gubi Schmidt and Johnny Thinggaard Sørense, while PRG’s project manager Matthias Rau provided product support.

Asked whether the impression X4 had fulfilled all expectations in terms of brightness and feature-set — in particular its wide colour palette and zoom facility — Kasper simply replied “Absolutely!”
In fact the technology generally presented a cornucopia of lighting, with creative director, Per Zachariassen and Kasper Lange providing different looks for the 26 country representatives (the X4 used during the San Marino entry was one of the highlights).

Images and content could be delivered to four different display surfaces, including an LED back wall measuring 110 metres wide by 13 metres high. There was also an LED floor, a ‘Cubus’ — 18 metres tall, set with LED panels and forming part of the stage design and a film that could either be transparent or opaque (to take projection).

The Eurovision Song Contest itself was won by Austrian drag act Conchita Wurst. The show attracted a TV audience of more than 120 million fans and generated 5.4 million tweets on social media, with a peak Twitter activity of 47,136 tweets per minute when Wurst’s victory was announced.