A section of Prague’s beautiful hilltop Letná Park area was transformed into an exciting and fun Olympic Park environment for the duration of the 2014 Sochi Winter Olympics, complete with a lighting installation in key areas by Prague based technical production company AV Media, which included over 100 Robe moving lights.

Olympijský Park Soči-Letná 2014 was also the first big event for Česko Sportuje, an initiative launched by the Czech Olympic Committee to promote a healthy lifestyle especially for children. 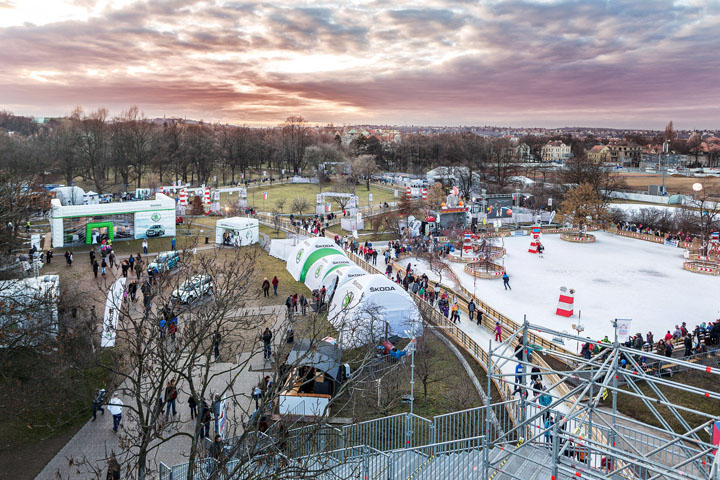 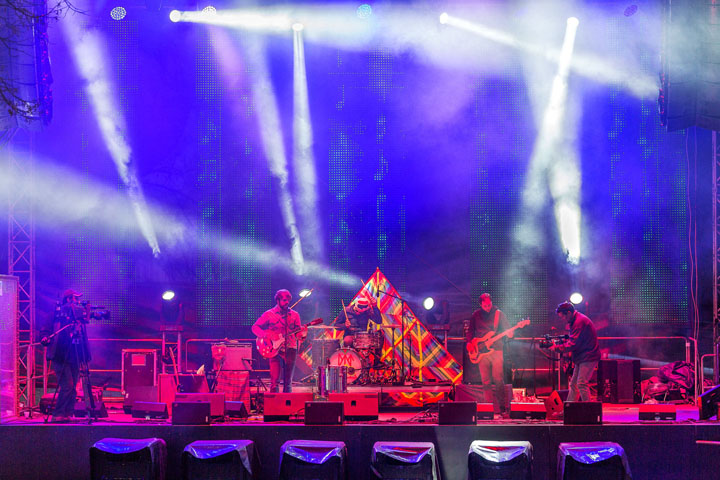 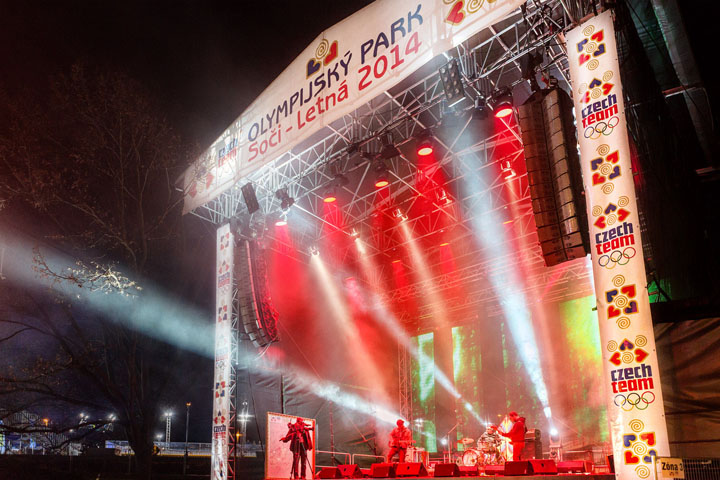 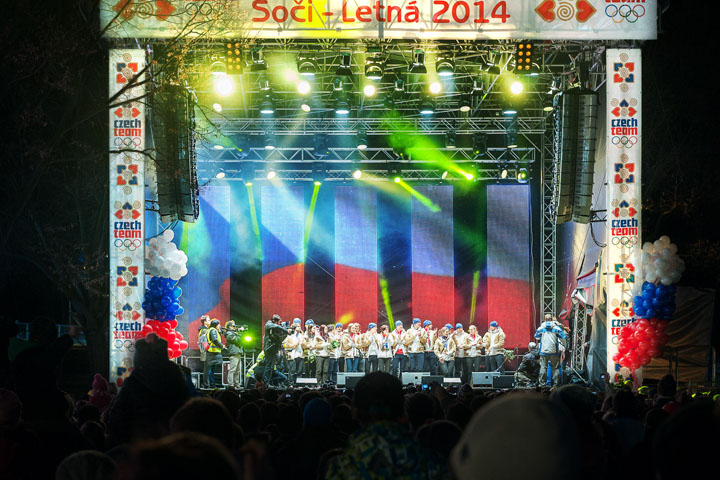 The company also has over 160 Robe moving lights in its rental stock and is a big fan of the Czech manufacturer.

The facilities available to the public in the Olympijský Park Soči-Letná 2014 included a main stage for entertainment, live commentaries and TV broadcasts, 6500 square metres of ice for skating, a cross country skiing course, a laser shooting range for the biathlon, two Ice hockey rinks – the national sport is something taken very seriously by all Czechs – a curling sheet, snow park, bobsleigh and other attractions, sports equipment sales and rental services and coaches / consultants.

Lighting for the main stage, the skating area, ice hockey rinks and for some scenic bridges was created by AV Media’s Milan Fronek and Project Managed for the company by Filip Klein.

The stage lighting rig had to be flexible and cover a variety of bands and artists performing concerts as well as all the general broadcasting requirements; while the lights illuminating the skating areas, ice hockey rinks and bridges had to provide a smooth and even coverage that scenically enhanced the attractions and also acted as practical lighting.

“All these areas needed different and individual approaches, and so using the Robes really helped us to be as adaptable as possible,” comments Klein, adding, “Some of the areas covered in the park were really large and the lights were positioned far away – so we really needed fixtures that were bright and punchy!”

These are just two of the many reasons why they chose Robe. Although it’s a Czech brand, that alone didn’t drive the initial decision to investment in Robe. “Quite simply, the products are well engineered and ideal for so many different applications,” he explains, adding that of course, the fact that Robe is world leading as well as being Czech … is a real bonus!

For control they used two grandMA2 consoles with a mix of wired and wireless DMX. The wireless systems were Lumen Radio’s CRMX product.

The installation was up and running for 18 days with the lightings running almost non-stop – outdoors and in some seriously cold and hostile weather conditions – all without a single break-down or failure! Once again this was a real testament to the robust nature of Robe’s products!

Sports fans were able to watch live Olympic action on big screens at the Park and ask athletes in Russia questions via interactive interviews. Welcoming ceremonies for successful athletes from the games were also staged there.