Only a few days after its official launch, everyone is already talking about it! The video of the Clay Paky demo show at Plasa in London clocked up over 10,000 views in the first twenty-four hours. Curiosity for the new B-EYE was huge, also thanks to the engaging advertising campaign that accompanied the launch with its “bee-concept” look. Lighting professionals recognize a really innovative product when they see one and immediately catch on to the wide range of new creative possibilities it offers for their projects.

After only one month, the B-EYE had already won prizes at Plasa and LDI, the two biggest world awards in our industry on both sides of the Atlantic. Comments on forums, Facebook and YouTube were rife, creating expectations for a debut fit for a true star. 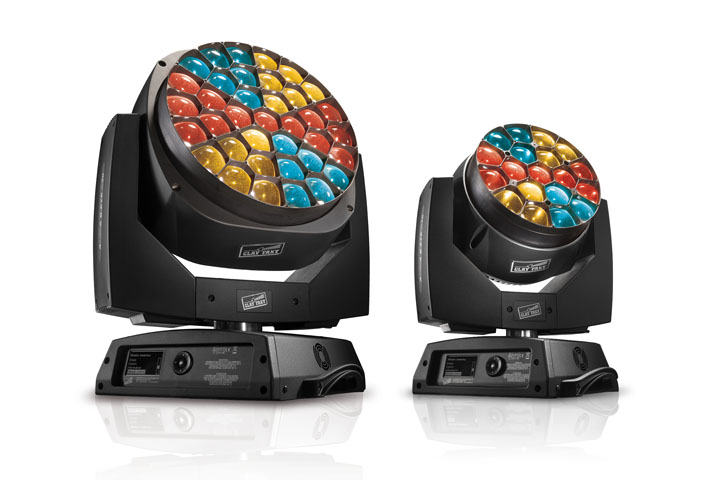 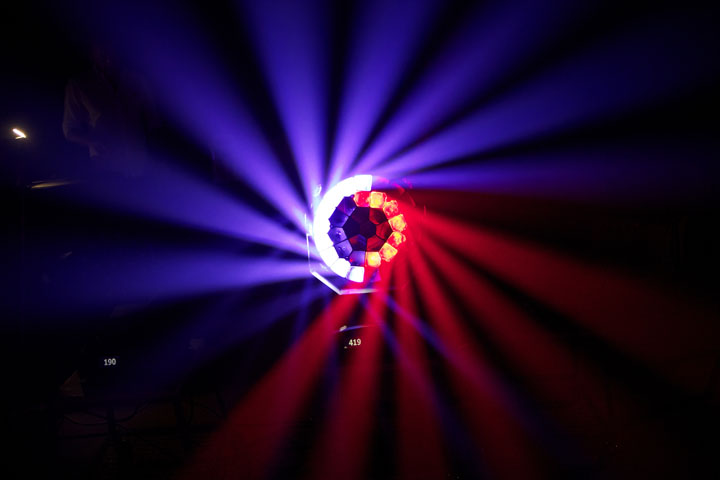 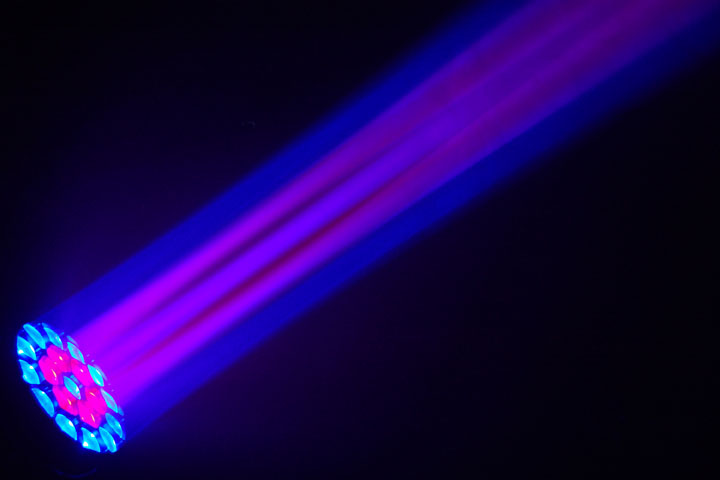 And its stage debut shortly followed. In January 2014, B-EYEs were installed on the lighting rig at the Brit Awards Launch Show and, after that, they were used in the Jonathan Ross Show, broadcast in Britain by ITV. The new B-EYE has been specifically mentioned for many live events, television shows and corporate gatherings. The latest arrivals in the Clay Paky range will soon be thrilling audiences all over with their special effects.

Glyn O’Donoghue, Managing Director of Ambersphere Solutions, Clay Paky’s sole distributor for the United Kingdom, said: “The B-EYE is a whole new category of fixture. Customers are amazed at how versatile it is. It’s really a perfect wash light with an amazing zoom range, then it’s a really powerful beam light with a defined beam and super fast movement – people really like this combination. But when we show what effects the B-EYE can do, everybody is stunned! The combination of the wash, beam and effects features all together in a single fixture is a formidable package for a designer and for a rental company! It’s not just lighting people that comment on the B-EYE, we are getting questions on site from the scenic designers too, because of the amazing range of different looks that the B-EYE can produce.” Additional interesting feedback also comes from ACT Lighting, Clay Paky’s distributor for the important American market. George Masek, Vice President of Automated Lighting, told us about some of the comments people make during demos: “Customers agree that B-EYE is actually three very capable units in one. It is a powerful and effective LED wash luminaire with high intensity, great colour generation and mixing capability, an appealing beam quality with an incredible zoom range and no stark reduction in centre-beam intensity at wider beam angles.”

Masek focused in particular on the B-EYE’s totally innovative effects: “Because the optical system allows the fixture to zoom so tightly and with such definition, it can also be considered a strong LED beam fixture. Lastly, with the use of the 37 micro-lenses and lens system rotator, the unit is a brilliant effects unit. The effects created by this system have not been seen before with this type of fixture and are considered cutting-edge by our customers.”

“Clay Paky has not overlooked any of the basic ingredients for a professional product,” George Masek continued. Then he made some predictions: “All of this combined into a single unit with the high reliability, reduced weight, and lower power consumption of an LED fixture will appeal to all of our customers. I think the fixture will particularly make inroads in the television broadcast sector – as we have seen from demos, the camera loves to see this light – it looks exceptional.”

The first country on continental Europe to receive a significant number of Clay Paky B-EYE’s was Germany. Herbert Marx, Sales Director of Lightpower GmbH told us: “The new Clay Paky A.leda B-EYE has completely won over our customers with its high light output, rich colours and its combined wash and beam features. Furthermore its extremely smooth, very precise dimming, without any colour shift, was well received. In addition, the B-EYE offers great white light features: it is possible to match all the colours it produces with a certain colour temperature.”

Herbert Marx focused on the remarkable beam shaping functions, which are highly innovative for an LED light: “Also the fact that the B-EYE K20 and K10 produce an extremely narrow beam that can be used for beam effects or configured as individually controllable micro-beams was an eye-opener, not to mention the shape mode for individual beam shaping options. For the majority of our customers, the rotatable front lens that creates never-seen-before effects was the icing on the cake. The fact the B-EYE is silent means it can be used in noise-sensitive projects. All in all the B-EYE is perfect both for lighting stages and as an effects light.”

“Three important international stakeholders have given enthusiastic first-hand accounts of how the B-EYE has been received on the market,” concluded Pio Nahum, Clay Paky Sales Director. “Several orders have arrived, deliveries have already begun and we are working earnestly so that the B-EYE can play the leading role in the forthcoming show season.”