Robe moving lights continue to be involved in some of the highest profile international music awards shows, the latest being the 2013 Premios 40 Principales event, where Lighting Designer Juanjo Beloqui specified 30 x ROBIN Pointes and 30 x LEDBeam 100s for the show staged at the Palacio de Los Deportes in Madrid and attended by 15,000 enthusiastic music fans.

Los 40 Principals is Spain’s most important and influential music station, and its annual Premios (Awards) recognize some of the very best contemporary music in Spain across 15 different categories. The show featured a number of live performances and was aired live on Divinity TV and also broadcast on Cuatro TV.

Beloqui was lighting Premios 40 Principales for the seventh time, and similar to past years, his creative starting point was the set design, this year completed by Paco Redondo. 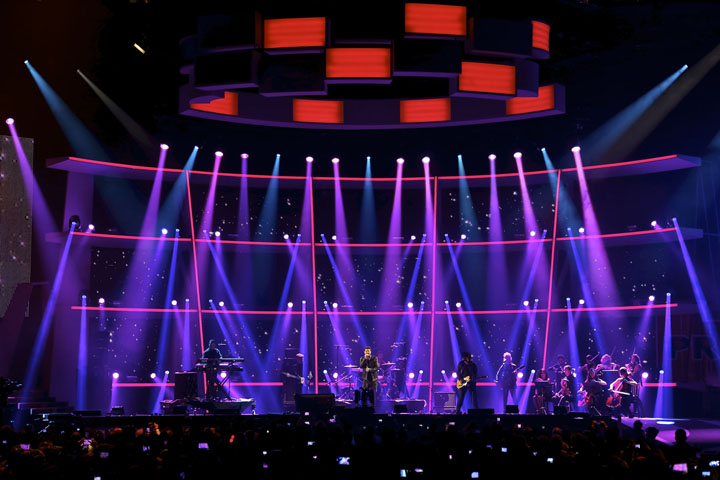 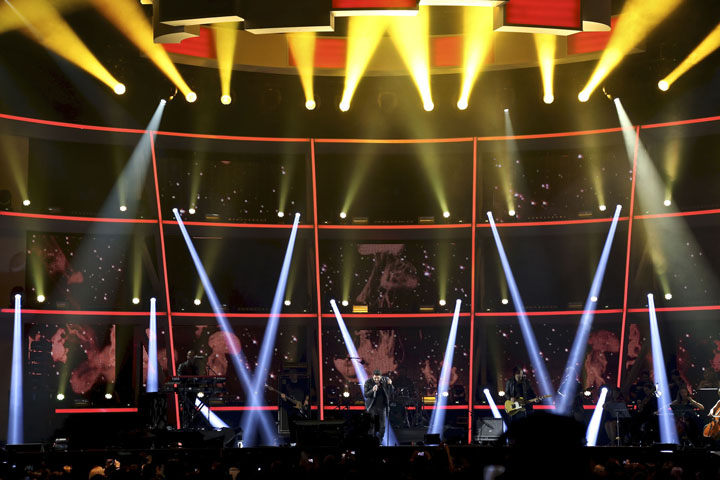 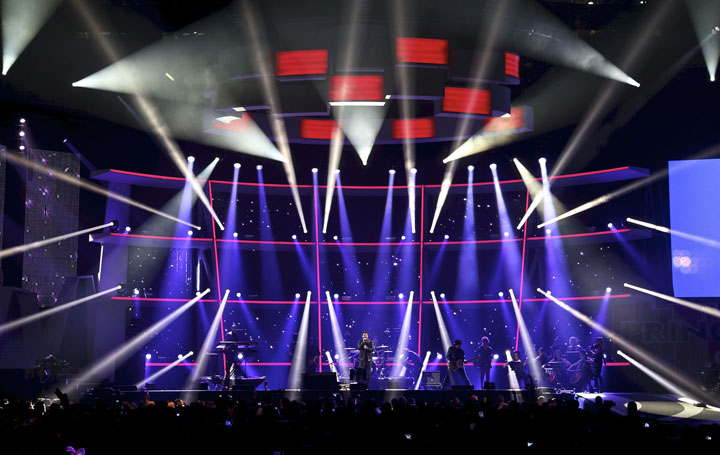 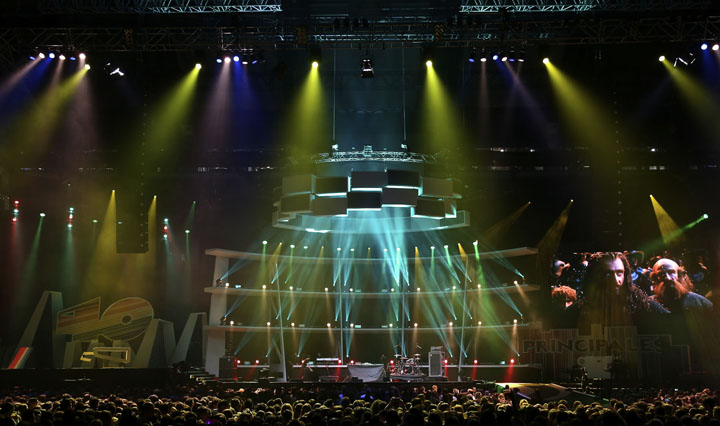 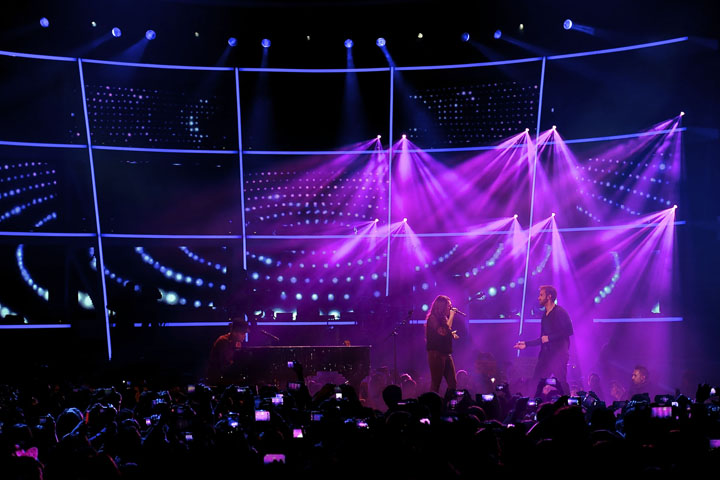 Madrid based Beloqui has used Robe products for several years in his assorted work but was really keen to try out Robe’s new Pointe for the first time and also integrate Robe’s newest technologies into this high profile show.

He needed a number of small fixtures with “Big solutions” in terms of effects, brightness, power and resources, and comments that the decision was a difficult one due to the actual number of choices out there at the moment!

The 30 Pointes and 30 x LEDBeam 100s – all supplied by rental company ASL – were rigged in, on and around the central set structure onstage and used primarily for back-lighting.

He was extremely pleased with the Pointe, which out-shone all his expectations! “It is powerful and a great beam light as well as a very accurate spot with excellent gobos and plenty of speed – what more do I need?”

He also appreciates other features like the zoom, the rotating prisms and the diffusion / frost filter, all of which add to the Pointes’ general versatility.

Of the LEDBeam 100s he says, “Small, powerful and very clear beams with all the saturated colours you need, plus the lightning speed and quick response are what I needed to fit this application perfectly”.

Staging the event presented several challenges to Beloqui and his lighting team.

First was ensuring that all the camera shots were clear, and featured plenty of clarity and the right colour temperatures as well as all the fixtures being positioned so they would work for the multi-camera shoot.

Then all the artists needed to look good and have different and individual treatments for their sets, and in addition to all that, the pressure was on to create a show that was exciting visually for the 15,000 live audience.

Beloqui programmed and ran the lights, called the six follow spots and kept a close watch on all the camera feeds as well as listening to TV director Santiago Torres Muro calling cameras to ensure that he stayed right on top of the action.

Another overall challenge was the short get in and rehearsal times, dictated by the venue’s busy event schedule, so the lighting rig was designed from the outset with the practicality of getting it into the venue quickly.

Another person helping to make it rock was Lighting Crew Chief Mariano.C.Piaggio (Bochi), who has worked on all Beloqui’s tours, shows and events for the last seven years.