The Teatro Colón in Buenos Aires has a special magic. Seeing it from the outside gives me a real sense of admiration. After total renovation that took place a few years ago, the theater took on a new impulse. A presentation with top artists, projections on the facade, among other things, announced that el Colón was back in its rightful place among the great theaters of the world.
When I entered the site I could see deep appreciation in the faces of the workers for the place where they work. That feeling, even stronger, was perceived throughout the friendly conversation I had with Ruben Conde, Head of Lighting at Teatro Colón. And the same can be said of his team, who showed me his workplace and answered questions with complete openness and friendliness.
While working on the editing of this interview I heard on the recording of the conversation, in the background, the music of Don Quijote performed in this special place. I could not imagine a more stimulating environment. ZioGiorgio.es: How did you start working at Teatro Colón?

Rubén Conde: I joined in 1981 in the category of all new entrants; from there I started my career. I was very lucky because shortly after I began to use the lighting console. Then I was sent to Belgium to study the new console that would arrive. I was also in France in Robert Juliat, among other places. After 8 years I became a Supervisor; that gave me the possibility to meet professionals from other countries. That gave me the opportunity to learn from them too. For thelast 8 years I have worked as Head of Lighting.

Rubén Conde: I have a technical background from high school, I am electronics technician. After starting work in the theater I began to train in specific lighting issues. My work in the theater is not artistic but technical, which is one of the differences between a lights designer and a lighting tech.

ZioGiorgio.es: Have you worked in other countries? ZioGiorgio.es: What have you learned from those experiences?

Rubén Conde: One learns by seeing how other people work with different idiosyncrasy, but nonetheless, I also learn every day working here in el Colón. I learn from the people who design the artistic part of the work. I learn every time I have to study more about a particular opera to know what we’re talking about. For example, I have to know that the first act of Don Quijote needs the full light of day, because the action takes place in broad daylight. Similarly, for the dreams of Don Quijote, the lighting should correspond to the time for sleeping.
On the other hand, before the presentation I need to speak with the people in charge to know what they must have for a particular work. I have to read about the characters, their role in the play, what they do on stage, what happens in a particular moment of the play, where it happens, etc. It is very important to know all the places where the action happens.
This information must then be shared with the Régisseur (1) to see what staging will be performed. Not all shows are the same. Each Régisseur has different times for different jobs, so you have to sit down and work out with the director how to interpret things.

ZioGiorgio.es: When a company comes from another country, what is your work with them? 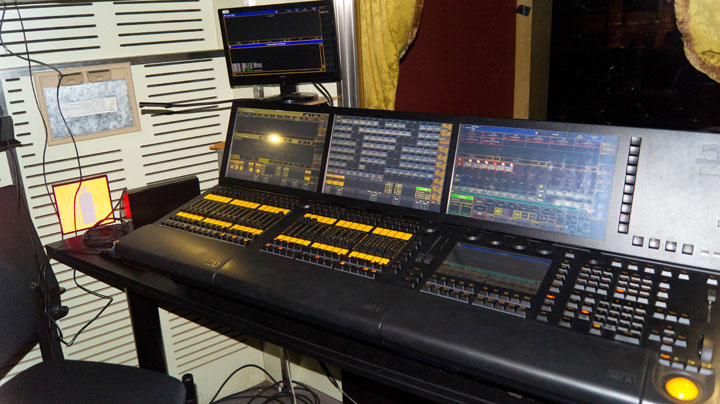 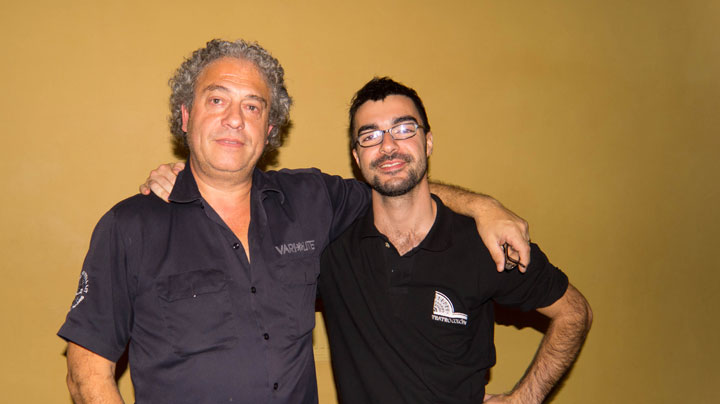 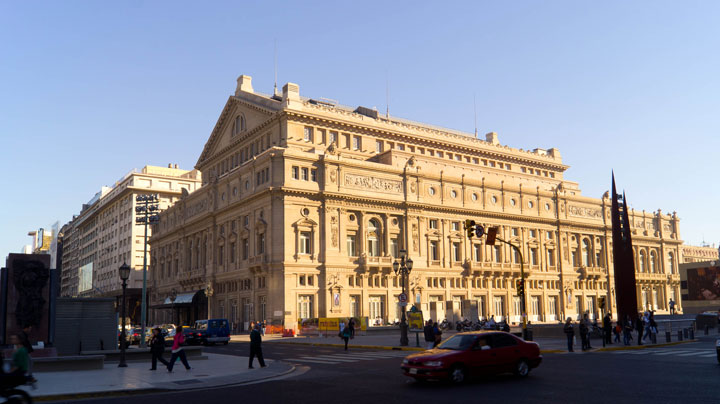 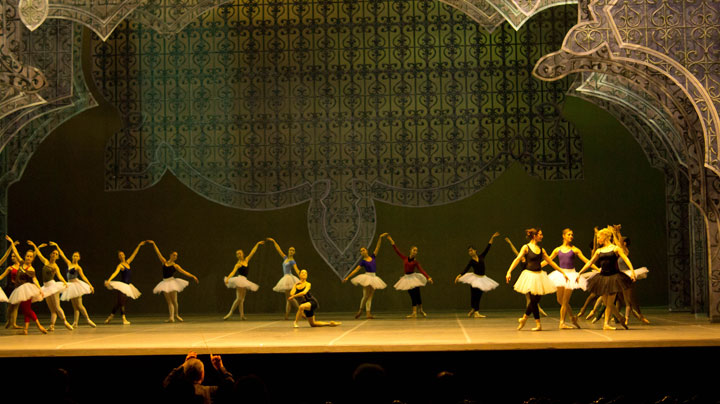 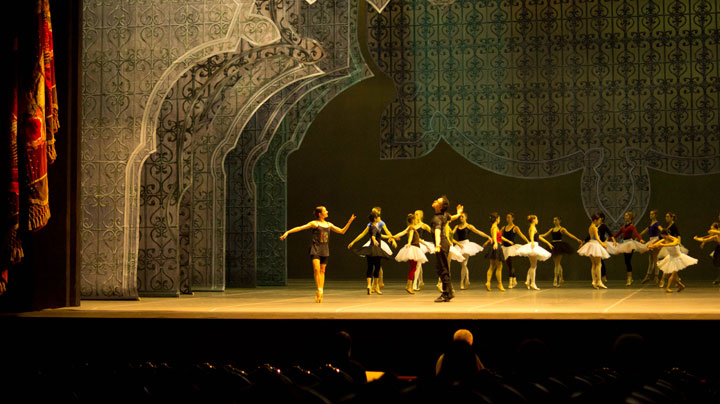 ZioGiorgio.es: What happens when a company hires you as LD?

Rubén Conde: This situation adds to my technical and creative work. In that case, as I mentioned before, we sit down and work together with the régisseur. Basically, he/she will inform me the year the representation will be taking place, perhaps the era in which it was conceived or perhaps in more modern times. After that, we start to talk about colors of the scenery, the costumes. It is very important to consider the color of the costumes to highlight the work of the costume designer and not darken or change it with lights. It’s about working with neutral colors so as to not overshadow the work of anyone working on the play. The same applies to the scenery. The basic task is to highlight the work of everyone.

Note: Teatro Colón does not allow other people to operate the lights. The theater has its own technicians and operators trained to perform all tasks professionally. Ruben agrees with this approach simply because of the care and attention that theater operators use when operating the GrandMA full size console. The decision has nothing to do with external operators do not know to operate the console, but is simply a matter of care.

ZioGiorgio.es: How are the environments of the work created?

Rubén Conde: It is a joint effort between light designer and others responsible for the work. For example, I can create a specific design with which the stage designer cannot work. In the case of disputes the decision lies with the Régisseur together with the Illuminator (Lighting Technician). The director might say it would need a little more or less light, but all aesthetic issues are the responsibility of the Régisseur Illuminator.

ZioGiorgio.es: How does the process continue after these agreements?

Rubén Conde: The first is to establish a system of lights, which is very technical and is relation to the number of devices that you’ll use, with the colors you’ll use. After that, the addressing of each device is performed. Each device has a purpose, for example, environment, backlight, aerial, among others. In addition to performing a given task, each artifact is used in different acts. This means that a particular device could be in use only for a few seconds throughout the work, for example, to illuminate a person who is looking out of a window or door.
After that you have to immagine being in the audience, which is our workplace, to concentrate on creating lighting moments of the performance, which we call memories or cues. A memory contains a certain number of devices operating in a certain way and at a certain time. In that way all memories or cues are created.

ZioGiorgio.es: How many memories are needed for Don Quijote?

Rubén Conde: This is a relatively small Opera, and we will use about 35 to 40 cues.

ZioGiorgio.es: How many cues are used for a complicated Opera?

Rubén Conde: For example, when we did the Carmen, a couple of months ago, we used about 190 cues. However, this all depends on what the Régisseur wants. The Régisseur may want lighting  from the right and the next time from the left, so we use different cues.

ZioGiorgio.es: How does the operator trigger the cues?

Rubén Conde: It’s done manually in real-time. If you read music, you’ll use a score. If you do not know, then you have to work visually, i.e., you know that a particular character appears and you know that it corresponds to a particular memory at that time.
However, here in Teatro Colón we work differently. Once the lights designer has completed histask, i.e. when the rehearsal has been held, the job of who we call Master of Lights begins. This is a person who reads music, and is responsible for reading the marks on the score. His task is to tell the operator of the console the memory changes that are coming up (using two messages: “prevented cue X” and “go cue X”). Both work in tandem.

ZioGiorgio.es: Can we take elements of Rock and apply them to the classical music world?

Rubén Conde: It always happens. Both parties learn from colleagues. However, there are very different ways of working. For us a good set implies that a mobile head does not seem to move to the naked eye and in the world of Rock that happens all the time.

ZioGiorgio.es: What do you think about LED lights in classical performances?

Rubén Conde: I think we’re all going to reach that place sooner or later. However, in my opinion, right now they are not at the level of traditional luminaires, but I believe that LED lights will soon exceed these light. Deficiencies arise when considering the difference with the emission of a traditional light from a single source. LED lights, working, for example, with three LEDs, emit three beams.
Here, we have very few LED lights. We have a device called panoramic – LED technology – but when it’s compared to a 1250W Quartz, LED offers two to three times lower the amount of light compared to Quartz.
LED luminaires are, in any case, the top when you consider temperature and consumption. My overall opinion is that today LED lights allow to fill an area with light but they don’t offer the possibility of concentrating the light in the same way that traditional luminaries do.

ZioGiorgio.es: Which type of software do you use to work?

Rubén Conde: We are currently using an application called Vector and AutoCad. With AutoCad we print the lighting system and work in the room, while with Vector we create files and documents so we can use them at a later date. Vector is also used to simulate lighting. There are other types of lighting simulation software but not everyone uses the same programs, however, all use AutoCad.
Every time a professional requests equipment I send him all the theater lights systems in AutoCad, with all details of each luminaire and size, all in scale, so he/she can make his/her design before arriving at Colón.

(1) Ruben helps us to interpret the term régisseur: in opera it is the person who, among other tasks, coordinates and creates the staging, for example telling the singers which movements to make; combining the elements with the stage designer and deciding how to distribute them on stage and in what time the performance is developed; talking with the illuminator and informing him about the movements on the scene to create different atmospheres. In ballet, the person in charge of this work is the choreographer.