Robe moving lights are in action on the 2013 series of Idols South Africa, with lighting again designed by Joshua Cutts from Visual Frontier and supplied by technical production specialists Dream Sets for series producers Sic Entertainment.

The 10 week series, directed by Gavin Wratten and broadcast on MNET and Mzanzi Magic, is being recorded in the 6500 capacity auditorium at Moreleta Church in Pretoria to packed houses each week. The competition is extremely close as South Africa is replete with rich multi-cultural singing talent and heritage.

It’s the fourth idols series that Cutts – one of SA’s leading LDs, known for his imagination, flair and style – has lit. Dream Sets’ Project Manager for the series is Eben Peltz. 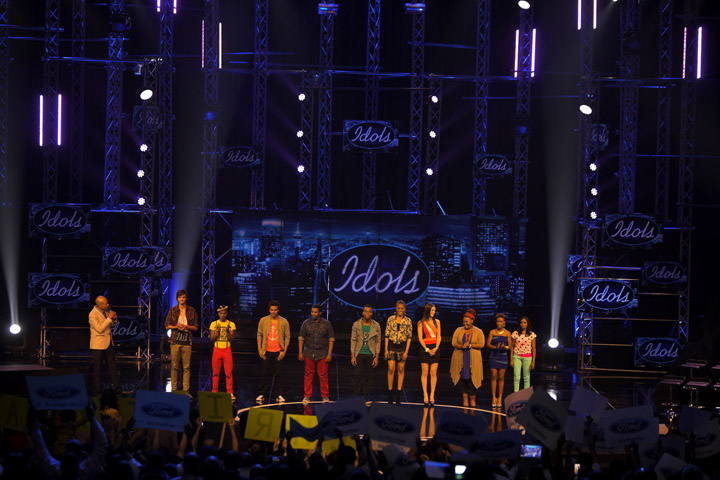 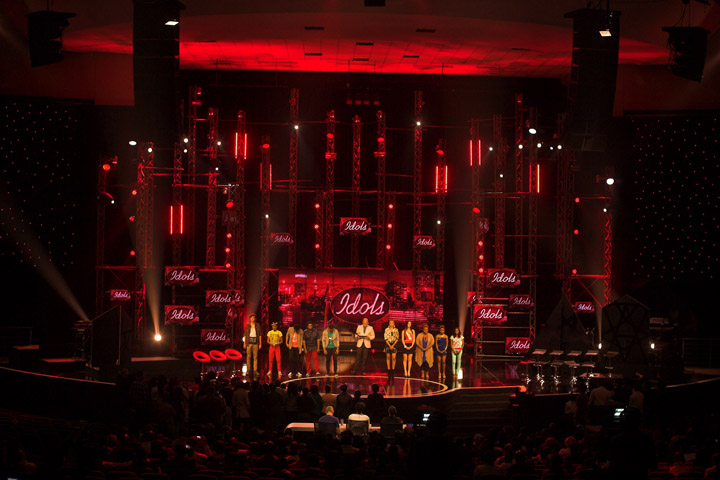 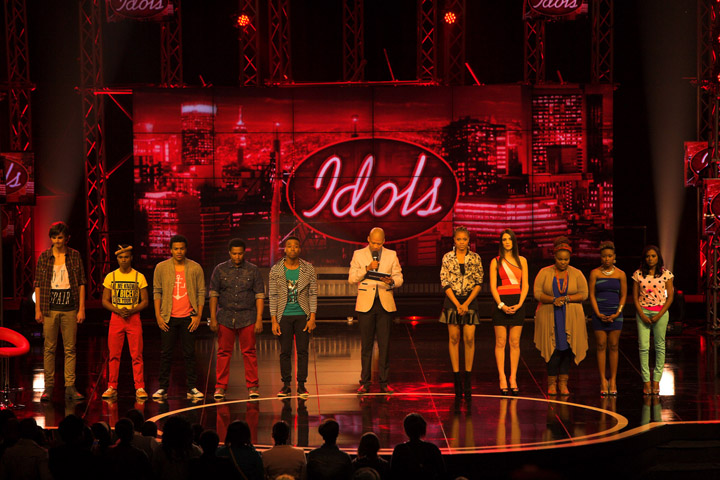 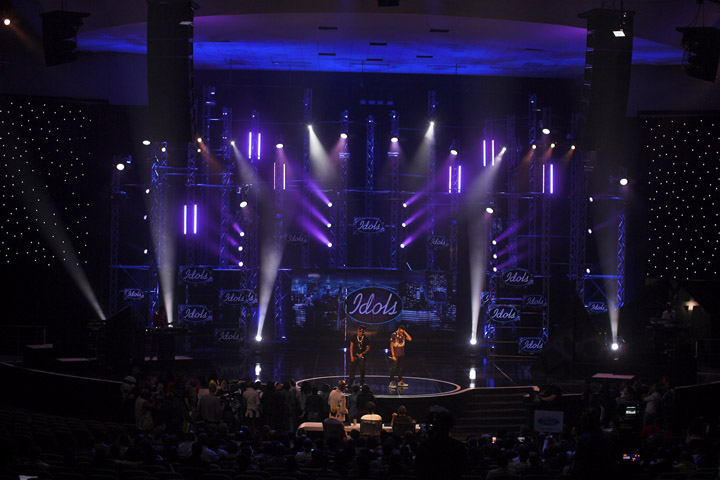 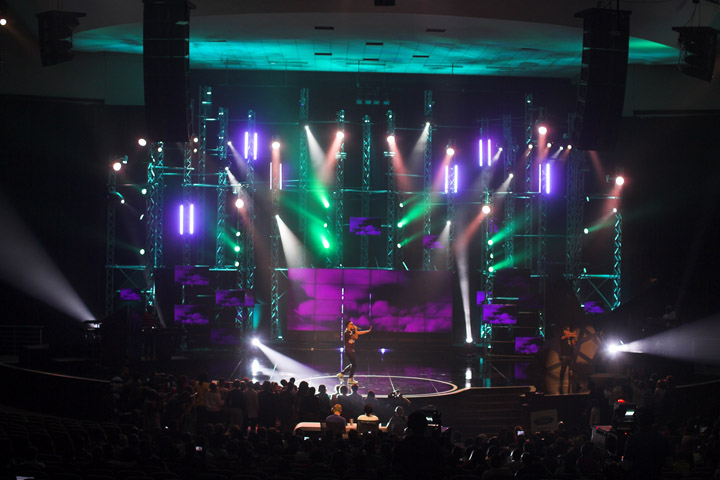 Set designer Dewet Meyer took a brief from Wratten and created a ‘forest’ of vertical trussing towers which sets the scene as a pseudo-industrial backdrop to the performances. Cutts then looked at the best ways of lighting this in addition to the stage space to ensure that all the contestants can receive individual treatments for their varied performances. Each show – including the weekly results show – also features a guest artist.

The 33 trussing trees are of different heights between 10 and 5 metres, taking full advantage of the generous above-stage headroom. However, there is also the challenge of having to use the house lighting bars for positions as there are no flying facilities for additional trusses.

Cutts therefore needed bright and punchy fixtures positioned in the roof and so chose Robe’s ColorWash 2500E ATs which are positioned symmetrically around the room to light both stage and audience.

All the eye candy and effects for the set trees are provided by 18 new LEDWash 800 fixtures recently purchased by Dream Sets from Robe’s South African distributor DWR, which Cutts is really enjoying. He also uses the individual LED ring control on them to great effect and appreciates the additional power of the 15W LEDs. “It easily has the impact of a 1200 series fixture and yet is only marginally bigger than a LEDWash 600,” he summarizes, adding that the narrow beam effects are also “Amazing”.

The light weight has been a great advantage and allowed them to rig the LW800s actually on the trussing towers easily and safely.

The LEDWash 800s are complimented with the tiny Robe LEDBeam 100s, 24 of which are tucked into various spaces around the towers. They are so small they can be fitted almost anywhere and are great for creating dynamic and off-beat beam looks. Cutts first used them on Idols SA 2012… And now works them into his designs wherever possible!

The trusses are all toned by a selection of LED PARs and battens and there are also a few strobes secreted in the ‘forest’ as well.

Upstage at the back on the deck are six ColorBeam 700E ATs, used for making high-impact retinal effects… and looking extremely cool!

For the final at the end of November, it’s expected that they will add another 50 or 60 fixtures.

The big creative challenge for Idols is always producing enough variation for 10 different songs and settings each week for the contestants plus guest artists, so a rig that is as flexible and adaptable as possible is essential.

He programmes and runs the lights on a grandMA2 full size console which is also triggering all the video content, which he sources and originates for the shows. This is stored on three Coolux Pandora’s Box media servers and played out on an upstage Samsung video wall and around 40 different sized LED smart panels dotted around the stage and set.