In 2009, with its lighting rigs growing increasingly complex and more diverse, London’s National Theatre decided to use several just-launched ETC Eos desks for its three stages. The staff quickly became dedicated to the Eos family of controls, adding Gio and Ion over the years.

So when ETC debuted the Eos Titanium (Ti) desk with even more powerful hardware and software than its predecessor there was no question that the National would upgrade. “Eos Ti provides the bold features and increased control capacity that the iconic venue requires. The demands of the National Theatres large rigs and the scale of our productions mean that we are always pushing the boundaries of what a lighting desk can do, both in terms of processing power and usability. The Eos Ti provides us with a much-needed boost in processing power,” explains National Theatre Lighting Control Supervisor Daniel Murfin.

“With additional space on larger, multi-touch displays, Ti lets the lighting staff see more of the most necessary information on the screen during productions. The higher resolution internal displays are a huge advantage for readability and manipulating new user interface elements,” says Murfin. “They form a blank canvas for future development, which means the interface can grow and evolve even further to suit the needs of programmers and designers.”

Magic Sheets
“The expanded displays also make the new Magic Sheets function which allows users to set up customised live/blind displays even easier to use. Magic Sheets provide great new ways of interacting with the desk,” continues Murfin. “Acting as both a source of information and a control surface, they can be manipulated in many different ways to create an interface which works for you. It’s now possible to create a Magic Sheet which lays out fixture controls in a geographic manner. It’s fantastic for lighting fixtures and a big step forward for video programmers.” 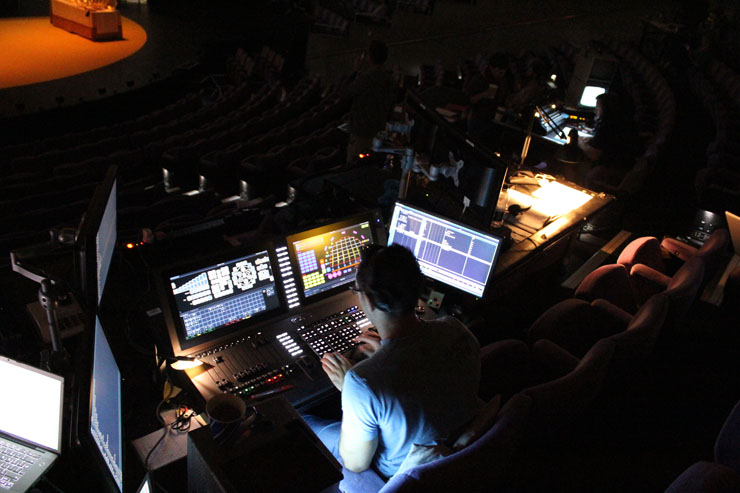 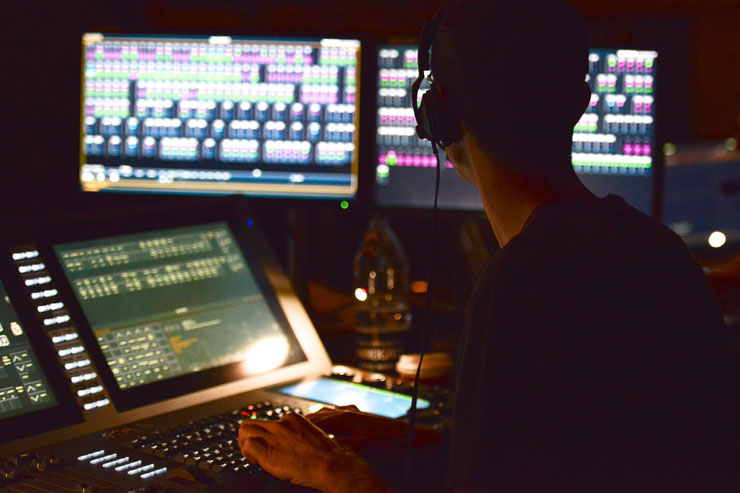 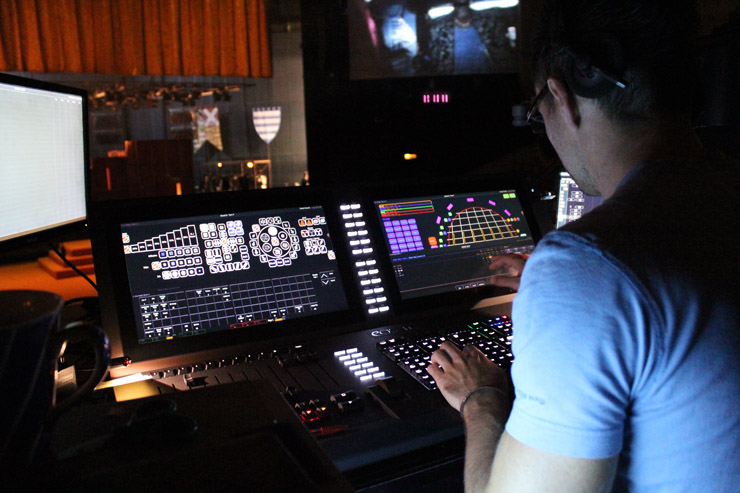 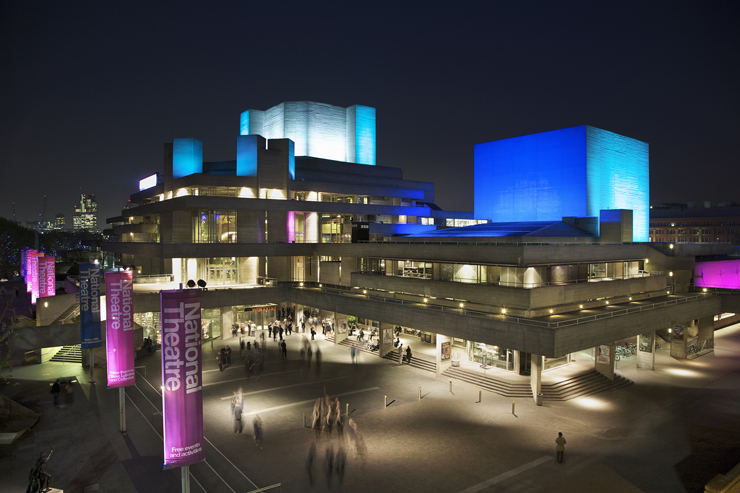 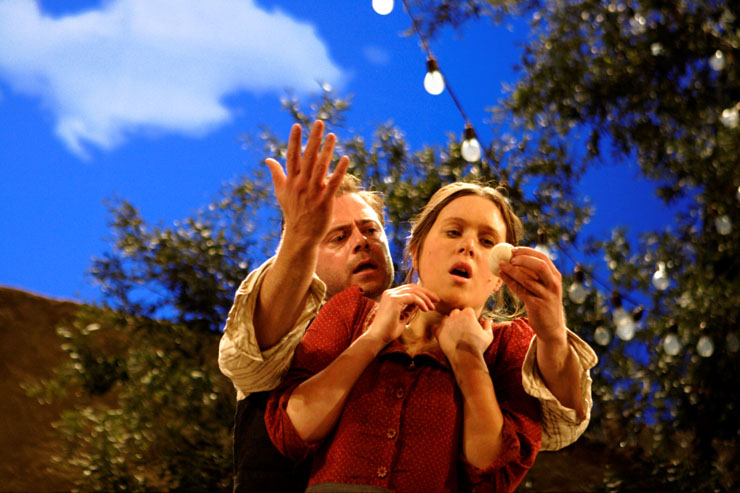 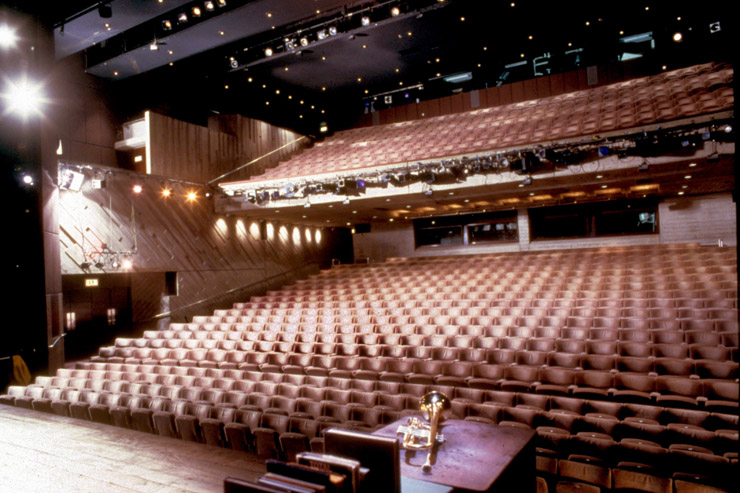 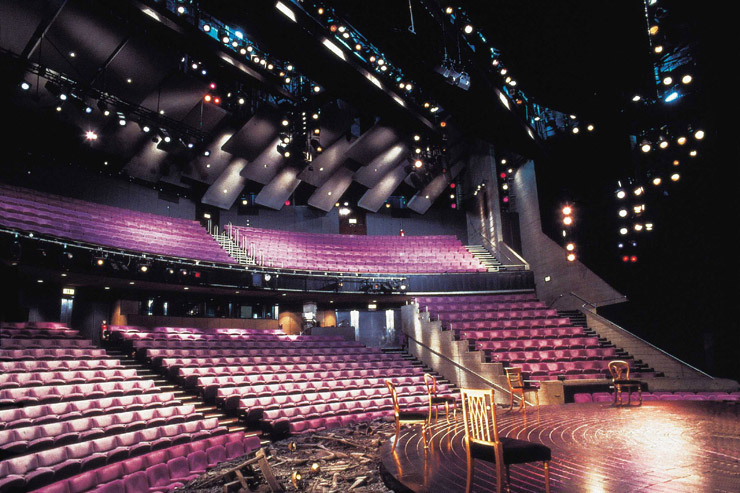 “Thanks to Ti, the National’s design and programming processes have also been sped up. The desk has a solid state hard drive that boots quickly and is more responsive during use. In addition, the larger screens and refined hardware provide a bigger and more capable control surface,” says Murfin. “This makes accessing functions easier and faster, which enables us to increase what can be achieved under tight time constraints. And programmers can quickly see the status of certain areas and locate important buttons because of Ti’s colour coded, backlit keys.”

“With a packed schedule and constant show turnover, Ti’s network architecture provides essential capabilities for the National. Dual network ports mean protocols can be split across different networks, reducing network traffic and allowing for a greater degree of control. They also make managing multiple venues from a single system much safer and easier to implement,” comments Murfin.

“The Ti desks are already controlling shows in the Nationals Olivier and Lyttelton theatrical spaces, following a seamless transition from the classic Eos consoles. The Eos family speaks the language of theatre,” Murfin says. “It’s designed around the way lighting designers and programmers work, and the syntax closely resembles the way we speak to one another. There’s less translating and more creativity. The Eos family is also unique in that it scales from the smallest venue to the largest rigs in the National Theatre, the West End and Broadway, and allows lighting designers to produce stunning lighting day in and day out.”